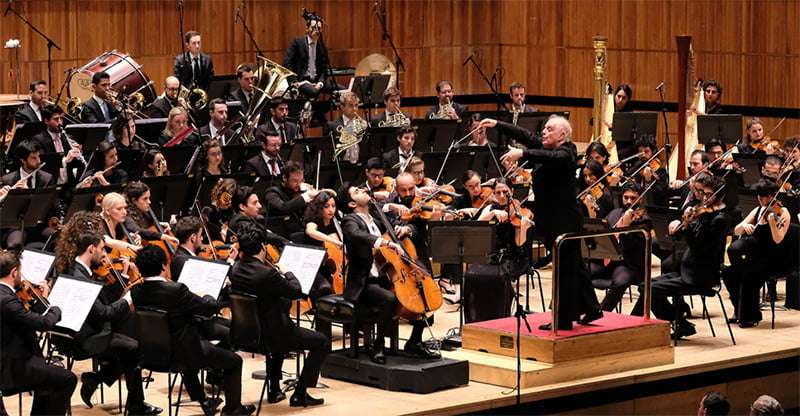 Although it has been a regular visitor to the BBC Proms, this concert – a tribute to Jacqueline du Pré in aid of the MS Society – marked the debut of the West-Eastern Divan Orchestra at the Southbank Centre. It was a thoroughly auspicious event. The combination of Richard Strauss’s Don Quixote and Tchaikovsky’s Fifth Symphony worked well, allowing individual players and sections to shine.

Compared to Strauss’s other symphonic poems Don Quixote receives all-too-few concert performances, possibly because it is a substantial yet tricky work requiring much rehearsal time. It also calls for two front-rank soloists, not just the cellist for Quixote himself but also the viola-player for Sancho Panza. On this occasion the music had been thoroughly rehearsed and featured two stars in the making – Kian Soltani born in Bregenz to a family of Persian musicians and the Israeli Miriam Manasherov, both outstanding in their different ways but never over-dominant as can sometimes be the case. Here, Soltani and Manasherov were embedded in the textures, making chamber music, treating their respective roles as ‘first among equals’, with Sancho Panza as much part of the story as Don Quixote.

From the languorously relaxed opening paragraph it was clear that this was a labour of love for Daniel Barenboim. The sheer quality of the string-playing at the outset with a rich-toned viola section and very present double basses underpinning the sound was immediately apparent. Extraordinary care had been taken over balances, especially notable in Variation II, ‘The Battle with the Sheep’, where the bleating was exceptionally lifelike, and in Variation VII, ‘The Ride through the Air’ which had a subtlety one seldom encounters. In Variation IV, ‘The Adventure with the Penitents’, the bassoons and muted brass evoked sanctimonious chanting to a tee. 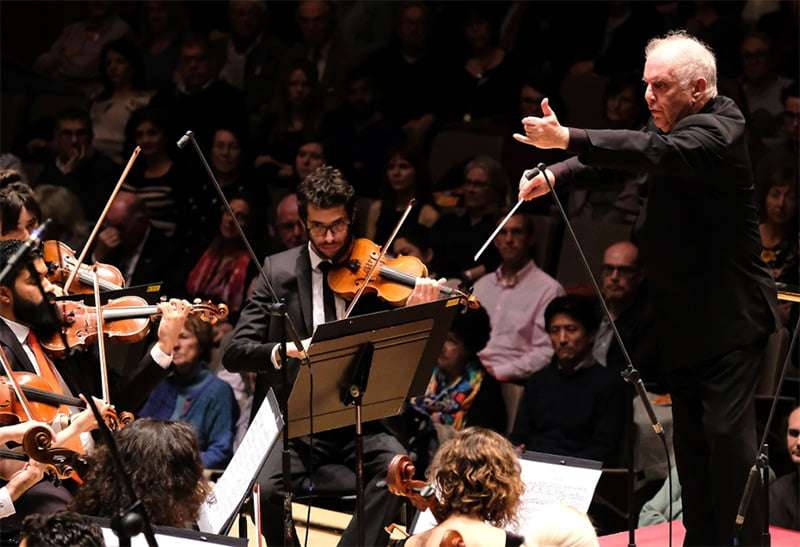 Perhaps the most remarkable aspect of this particular Quixote was the way it tugged at the heartstrings. ‘The Death of Don Quixote’ is some of the most affecting music Strauss ever wrote and from Soltani you could have heard a pin drop as he almost expired before our eyes.

We tend to think of Barenboim as an arch-exponent of the great German classics but it is worth remembering that his background is Russian-Jewish and he brings real passion to Tchaikovsky. This Fifth Symphony was full-blooded in the best sense of the word, loud but never raucous, the strings – especially the lower ones – very much to the fore even at moments where in many other accounts they are frequently obscured by brass. Tempos throughout were astutely chosen, forward-moving but never hurried, and the slow movement (despite a minor fluff from the otherwise excellent first horn) was extraordinarily memorable, reaching a pitch of intensity which had one on the edge of one’s seat. The Finale was notable for its raw excitement and also for the almost Elgarian dignity of its peroration.

There was something else, a freshness and vibrancy which perhaps only young musicians giving their all in collaboration with a major conductor can bring. In that, it was a particularly fitting compliment to the sorely missed Jacqueline du Pré whose music-making had many of those same qualities.