Donizetti
Rita, ou Le Mari Batu – Opera in one Act to a libretto by Gustave Vaëz [sung in an adapted English translation by Morag Joss] 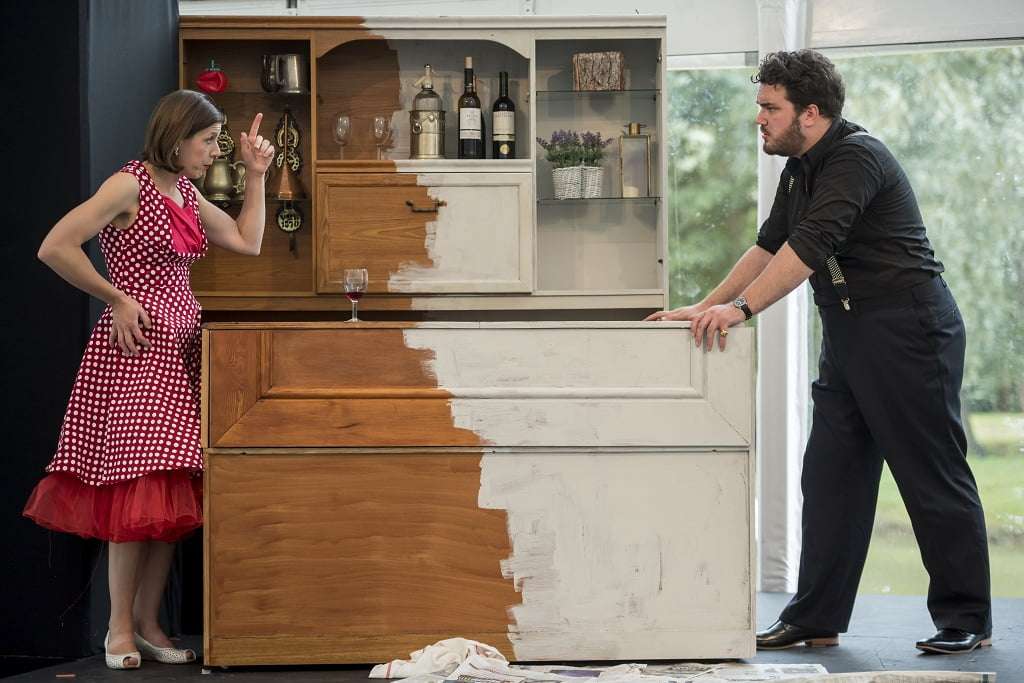 Morag Joss’s adaptation of Donizetti’s delightful little opera Rita results in a thought-provoking production that preserves the lively wit as well as compassion of the original, but also takes seriously its implied theme of domestic abuse. The subtitle ‘The Beaten Husband’ stems from the work’s posthumous premiere in 1860, rather than a modern conceit, and even though at that time it was not meant, presumably, as anything more than a comic description of Rita’s brow-beaten husband Beppe, Joss’s updating of the situation to a contemporary context does not trivialise or render the overall drama glib.

Instead, it uses dark comedy to provide psychological plausibility to Rita’s aspirations in life as she seeks to transform a dated fish-and-chip shop into a trendy gastropub with Beppe. She believes her first husband Gasparo to be dead (in an attack by Somali pirates) and once we learn, on his unexpected appearance, that he was a wife-beating thug, we come to understand the development of Rita’s propensity to use force as a defence mechanism, and that she is no mere caricature harridan. Beppe makes light irony of the rough treatment he receives but nevertheless is eager to be free.

The comedy hinges on Gasparo and Rita’s mutual discovery that the other is still alive, putting their intentions into amusing disarray (in Gasparo’s case, seeking to marry his new girlfriend), but offering Beppe a way out of his unhappy marriage on the basis that Rita’s marriage to Gasparo is still valid. The men attempt to settle the matter as to who will have to remain with Rita through a couple of games (which they each rig) but all comes right as Beppe realises that he loves Rita after all. These altercations and bickering give expression to some typically male attitudes about their roles in relation to women and about themselves which are witty precisely because they echo all too closely the opinions of some men who do not apprehend the compromises that a settled, long-term romantic relationship must entail upon both parties. 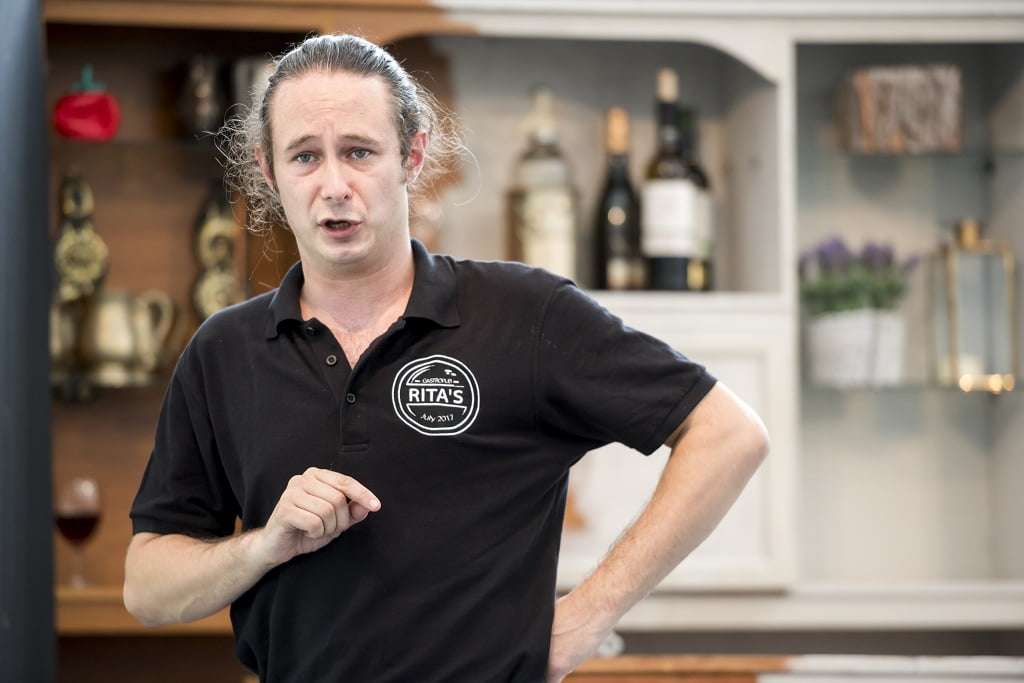 The singers embody their characters with lively effectiveness, inhabiting them as real, immediate human beings, which is all the more an achievement when exposed to close-up scrutiny in the informal surroundings of the lakeside pavilion at West Green Gardens, rather than the main theatre. By successfully crackling into life, it makes for an engaging experience than would otherwise be the case where nuances in character and text would likely be lost in a larger environment.

Aidan Coburn proved particularly effective and versatile as Beppe, initially conforming to Rita’s description of him as a “moron” and “a bit thick”, but turning the tables and showing himself slyly resourceful (in manipulating the fate of Rita and Gasparo’s marriage certificate) as well as emotionally adaptable and sensitive enough in learning forgiveness. Coburn encompasses that within his characterisation of the part which demonstrates agile command of bel canto alongside the cut and thrust of the more-strenuous comic moments.

Gillian Ramm dominates the part of Rita with vocal allure and strong, clear projection, to achieve conspicuous musical success. Her acting and singing combine to produce both awe and sympathy which is also brilliantly attained by Andrew McTaggart as Gasparo. He engages our attention, even as he characterises the wife-beating impulses of this bully in a broad Scottish accent, with credible and ironically comic vigour, enabling his colleagues to play off that as their interests in the narrative aligned with or diverged from his, giving the whole comedy an ideal spontaneity.

The chamber and variegated dimensions of Ensemble Passio’s accompaniment instilled further comic direction to the opera, James Sherlock maintaining a consistent pace, perhaps not modified greatly, but dynamic enough to keep the comedy moving. With fast-moving choreography, Joss’s production is an object lesson in how clever, imaginative use of minimal resources can liberate a director to create a spectacle as entertaining and stimulating as a grand opera.