A programme embracing Schubert Lieder, including An die Musik (D547), Henry Purcell’s Music for a while & If music be the food of love, William Croft’s A Hymn on Divine Musick, Chabrier’s Ode à la musique, and Vaughan Williams’s Serenade to Music 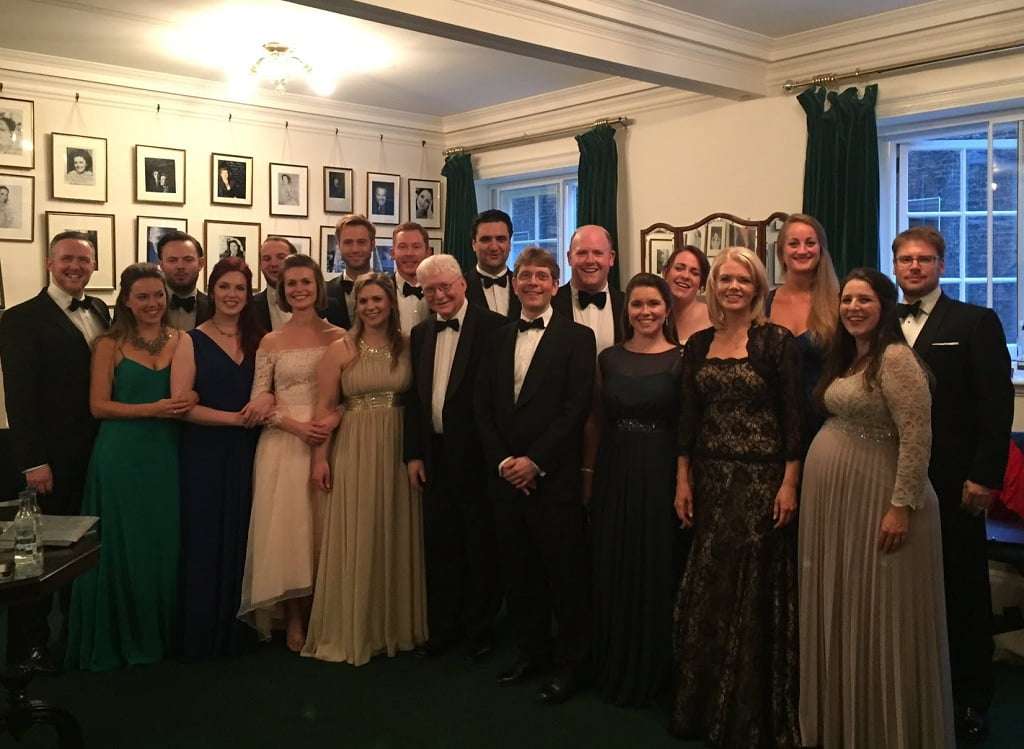 “A Serenade to Music” was a brilliantly-conceived gala – with seventeen singers and two pianists. For this final Song Recital of the Wigmore Hall season the chief preoccupation was music itself, and its unique capacity to transcend human experience and provide some semblance of meaning.

With so many fine young singers, in the steadying presence of Graham Johnson, one was conscious of a baton being passed from one generation to the next. Indeed youth was one of the great themes, with early works by Schubert making a remarkable impact – not least the opening ‘Viel tausend Sterne prangen’ (D642), which, despite its high Deutsch number, is now considered a setting from 1812, making it the work of a fifteen-year-old. A ‘chorus’ of nine performers sang with urgency and conviction, transporting us to nineteenth-century Vienna – a musical melting pot and the place to be. ‘Klaglied’ (D23, also from 1812) similarly astonished with its musical and psychological sophistication, Anna Huntley singing this lament simply but gently colouring the long lines. Eugene Asti (a former pupil of Johnson’s) accompanied in these early songs. Thereafter the pianists swapped places regularly; it was all very relaxed and natural.

There were continual surprises. Marcus Farnsworth and Gavan Ring made a fine double act in Goethe’s beguilingly straightforward poem ‘Trost in Tränen’ (D120), in which one friend asks the other why he is so sad, which leads to an exchange about the stars and being master of one’s fate. The singers quickly established their respective characters to create something that might have come from an opera.

We moved to ‘later’ works written when Schubert was nineteen, including ‘Das Mädchen von Inistore’ (D281), sincerely sung by Nicky Spence against a sparse accompaniment, then ‘Am ersten Maimorgen’ (D344), Eleanor Dennis finding something really quite naughty in the words and exploiting this in her impish delivery, and ‘Der Entfernten’ (D350), Benjamin Hulett deliciously silvery at the top end of his register and also making the most of the sensual words. In ‘Klage’ (D371), Kitty Whately sang poignantly about sorrow, and a desire for death, without resorting to an overly angst-laden delivery.

There followed a number of other ‘early’ songs – which are incomplete or straightforward strophic affairs. ‘Trost’ (D523) stood out as the most-searching setting of this group and, with a slow pace and exposed vocal line, was intensely delivered by Tara Erraught.

During a recital involving numerous singers, one might think that there was scant time for each to settle in. Yet just about every performer had presence from the first note, and a commitment to the text. Following a rearrangement of the pianos (lids lowered, the instruments now facing each other), there was a jolly group ‘Das grosse Halleluja’ (D442) in this arrangement by Asti. It then fell to Milan Siljanov, the winner of the Wigmore Hall/Kohn Foundation Competition in 2015, to deliver ‘Der Kreuzzug’ (D932). This is mature Schubert (several of the modulations could come from Winterreise). With Johnson showing again that less is more, Siljanov entranced in moments of solemn stillness, his resonant and secure voice taking over the harmonic bass, leaving Johnson then with a few sparse notes to continue the dissolving melody; Siljanov is a singer to watch.

Out of the shadows stepped Elizabeth Watts for the solo part in Mirjams Siegesgesang (D942), a biting choral work from Schubert’s final year, lasting nearly twenty minutes, which was thrilling in the at-times over-the-top two-piano arrangement by Asti which matched the operatic role assigned to Miriam, the sister of Aaron and Moses, in the retelling of the Exodus story of the Israelites’ flight from Egypt. The work opens martially, with more than a nod to Beethoven, Watts supremely bold and distinctive, helped by a swaggering tune taken up by the chorus. Forceful, tender, plaintive, strident, this setting has a dazzling range of tones. The intensity and volume of the climax, with both pianists going like the blazes, blew the top off Wigmore Hall.

Prior to the interval we had a rarity, Kantate für Irene Kiesewetter (D936). Johnson spoke in avuncular fashion to give some background, reminding that Vienna’s musical life was dominated by Italians. It was written to celebrate the recovery from illness of a sixteen-year-old girl (“which was a big deal because, let’s face it, one never recovered from anything in those times”, Johnson cheerfully told us) and intended to be a surprise for Irene, which surely it was given the sudden entrance towards the end of the female singers and here carried off with aplomb and good humour.

The second half widened the repertoire. Henry Purcell’s ‘Music for a while’ featured Mary Bevan with crystal-clear tone and unusual clarity given the demands required of one syllable occupying many notes. The other Purcell piece, ‘If music be the food of love’ found Milly Forrest stepping in for Ruby Hughes. Her singing has an unspoilt innocence and humility. Then Robin Tritschler essayed William Croft’s meditation, ‘A Hymn on Divine Musick’; he sang as if it was the most important message on earth, given with near-spiritual intensity. (The realisations of these numbers were shared between Britten and Tippett.)

As for Chabrier’s Ode à la musique, a lifetime won’t produce many occasions to hear this paean to music – two pianos (arranged thus by Asti), four sopranos, four mezzos, and the stellar Watts – full of end-of-nineteenth-century excess; the vocal lines ebb and flow luxuriantly and is utterly luscious and very enjoyable.

Finally Guy Noble’s two-piano arrangement of Ralph Vaughan Williams’s Serenade to Music, for Henry Wood, and as originally conceived for sixteen singers, each having their distinguishing moment. What beautiful music, and what compassion, to close a perfect Wigmore Hall evening, a testament to Graham Johnson’s sure sense of programming.