Two very contrasted symphonies composed 110 years apart, either of which would put any self-respecting conductor and orchestra on their mettle.

In September next year Donald Runnicles takes up the post of Principal Conductor of the BBC Scottish Symphony Orchestra. He has a couple of very hard acts to follow – Ilan Volkov and Osmo Vänskä, both of whom have the potential for greatness. On this basis, whoever chose Runnicles has done a pretty good job, for this was, on the whole, in difficult repertoire, an eminently praiseworthy concert.

In the case of the Beethoven, all repeats were observed, and the orchestral playing and internal balance were excellent, but the reading itself tended to fall all-too-readily into the modern habit of playing this work too quickly. Despite the unnecessary approach of showing how fast the orchestra can play – after all, they are professionals – the tempos adopted by Runnicles without exception skated over the surface of the work; no matter what the musica antiqua brigade might say, woodwind players like time to breathe and to phrase properly – i.e., musically – and so do string players with regard to the latter point.

In the first movement, all the notes were there, and this was a perfectly adequate account – but where was the sense of wonder, the sound of a new voice in music, presenting us, through the sleight of hand of a genius, with a shatteringly original masterpiece? In the second movement, the addiction to too swift a basic pulse meant that many of the violins’ phrases went for nothing – again, we heard the notes, but not the music. The scherzo suffered similarly, and parts of the finale degenerated into a musical gabble – it was all very ‘brilliant’, but in this instance Beethoven’s C major Symphony was reduced to the level of one by Weber. 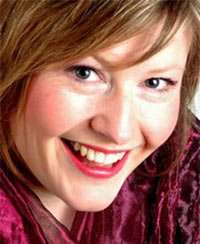 The account of Mahler’s “Das Lied von der Erde” (The Song of the Earth) by Orchestre de Paris under Christoph Eschenbach with Yvette Naef at the 2005 Proms will never be forgotten by anyone who was there; hers was singing such as we may hear but rarely in a lifetime. It may seem somewhat ungallant to refer to this performance before mentioning the mezzo-soprano soloist with Donald Runnicles, Karen Cargill, but I have to say that she sang quite superbly throughout, if not – in the circumstances – effacing memories of Naef. Of course, at times Cargill did not follow every one of Mahler’s phrases ideally, and her timbre was not wholly consistent through the two-octave range Mahler demands of his mezzo (a mezzo is essential in this score), but her knowledge of, and commitment to, the heart of this imperishable masterpiece was total.

In so far as this work has to be given by two soloists – I believe that, essentially, it needs three (tenor and mezzo, alternately, in songs I-V; baritone in ‘Der Abschied’) – then this was a very fine performance, made more so by the quite magnificent heldentenor of Johan Botha, whose top As and B flats were absolutely thrilling, taken without any sense of strain – such as Mahler surely had in mind. Botha’s characterisation in his three songs was superb, and must have inspired this fine orchestra to give of its best.

Runnicles, in this work, was most impressive, proving an ideal accompanist (a rare attribute these days among conductors) but – again – I felt his initial tempo for ‘Der Abschied’ was a shade (no more than that, but noticeable none the less) too fast, as was the ‘funeral march’ section; this is profound music indeed, a farewell to life, and Mahler was in no hurry to go. On the whole, this concert bodes well for the future of this excellent orchestra under its new (Scottish) conductor.