This second Chicago Symphony Orchestra Prom felt like a long evening, which may have been due to Mozart’s C minor Piano Concerto and Shostakovich’s Fourth Symphony both being of unremitting intensity – and this degree of intensity can create the illusion of time extended (or even time suspended). However, there was a static feel to the music-making, as if both works were being closely observed rather than fully experienced. For all the magnificence of the various individual instrumental contributions – the Chicago Symphony Orchestra is almost non pareil amongst the world’s great orchestras in collective quality – ultimately this was an uninvolving concert. One admired but seldom was one moved. 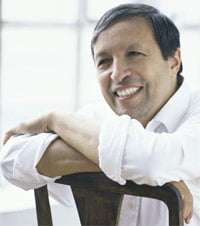 Mozart’s C minor Piano Concerto began promisingly with an orchestral tutti that caught the music’s barely suppressed tensions. However, Murray Perahia who, who recorded an outstanding Mozart concerto cycle, now offers a distinctly mannered take on music which used to be second nature to him, dragging the tempo back at his first entry and later exaggerating the bass line. The cadenzas in the first movement and finale were Perahia’s own; at least they were relatively brief, avoiding the harmonic non sequiturs that disfigure many contemporary examples. However, although taken flowingly the Larghetto slow movement was sentimentalised, Perahia’s left-hand frequently placed before the right and positively festooned with decorations. The finale, stern and unbending, offered little by way of light and shade in the contrasting episodes.

On the face of it, in Shostakovich 4 the combination of Haitink – who has given outstanding performances and recorded the work twice – and the Chicago Symphony, with its all-powerful brass section, should have been a marriage made in heaven. In the event, the sum was less than the parts. 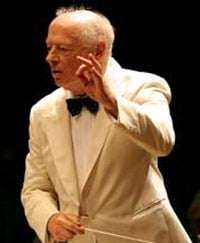 As soon as the juggernaut was launched it became apparent that this was going to be more dogged than desperate. However like rats caught in a cage, such unbridled desperation is absolutely integral to this music. “Into the Whirlwind”, the phrase used to describe the pure terror of Stalin’s Purges of the 1930s, would be an apt subtitle for the work. It may be the most overtly Mahlerian of Shostakovich’s symphonies but there is also an almost Asiatic streak of eruptive, dangerously unpredictable violence which is far removed from European symphonic norms and the work makes its fullest effect by its abrupt juxtaposition of menacing calm and abrasive extremes, not by shoe-horning it into the mainstream European symphonic tradition.

The symphony’s Russian interpreters, initially Kondrashin and Rozhdestvensky (the latter giving the UK premiere with the Philharmonia Orchestra during the 1962 Edinburgh Festival) both understood this well, as does Gergiev. By contrast, Haitink who gives such excellent readings of more obviously ‘symphonic’ Shostakovich – notably the Fifth, Eighth and Tenth – gave us ‘care’ … and care is the last thing needed in Shostakovich 4.

That said, inevitably with an orchestra of the quality of the Chicago Symphony there were many wonderful moments. Dale Clevenger’s miraculously subtle horn solos as well as superb individual contributions from cor anglais in the first movement and the lead bassoon throughout. The Mahlerian central movement came off particularly well, as did the controlled decrescendo at the work’s close. However, when Shostakovich attended the 25-year delayed Russian premiere in 1961 no sooner had the first notes sounded than his friend Isaak Glikman noted that he was seized – even at that distance in time – by an “unconquerable anxiety which only subsided at the start of the superb coda”. What we heard on this occasion was unfortunately only half the story.