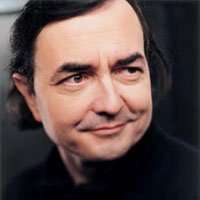 Celebrating its tenth birthday, the Mahler Chamber Orchestra arrived at the Royal Albert Hall just two days after all but one of its players had been in this very Hall as part of the massed ranks of Claudio Abbado’s Lucerne Festival Orchestra for that memorable Mahler 3 (the one player not common to both orchestra lists was principal bassoonist Stefano Canuti).

Rather invidiously the musicians had to follow Haitink’s typically magisterial performance with the Royal Concertgebouw of Bruckner’s Eighth Symphony, so it was perhaps just as well that, given the early start for the Bruckner, there was an extra half-an-hour (beyond the typical norm) between the scheduled late-night concert to clear the mind.

Having said that, there could be no better palette-cleanser than Haydn and pianist-turned-conductor Pierre-Laurent Aimard proved he had learned a thing or two from collaborator Nikolaus Harnoncourt in marshalling a thoroughly idiomatic and propulsive performance of Haydn’s Symphony No.102. I certainly detected the Harnoncourt touch of valve-less trumpets (though not horns).

One suspected that Aimard and Haydn would get on very well together; their love of music seems to spring off the page and the Mahler Chamber Orchestra’s players were clearly enjoying themselves, too. Even if they had been requested to do so, I got the impression that they wouldn’t have left the stage for Aimard’s solo spot, five of György Ligeti’s Études. 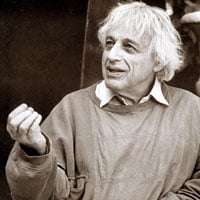 That Aimard can play these with such seeming ease (and even act as his own page-turner) never ceases to amaze. With such typical Ligetian gestures as, in Entrelacs, racing up the keyboard to the highest pitch and being suddenly replaced by the left-hand’s lowest pitches, and a wealth of humour (not least in Ligeti’s take on Goethe’s Sorcerer’s Apprentice – here heard as the centrepiece of Aimard’s choice), these works are like a mini-guide to the late composer’s style. One would like to think that Ligeti’s mischievousness might have endeared him to Haydn!

One note – for the second time this season, Prommers have been admonished by stagehands when raising the piano lid. Just like at the Bergen Philharmonic concert, when the assistant raised the lid twice for effect, here – presumably disappointed with what had been built up to be a big Proms tradition – the aide wagged his finger at the shouters (“Heave” from the Arena Prommers; “Ho” from the Gallery), replaced the lid and had them do it all over again. Shouts and general silliness may have been few and far between this season, but there have been some great moments when they have happened.

We were back to B flat for the final work, Beethoven’s first Piano Concerto, but known as No.2 as it was published after the C major. First though the piano was prepared again with six baffle-boards (five with their apertures facing the audience, one – at the very back – facing the orchestra) carefully placed over the lid-less workings of the instrument. The appearance was like some pianistic dinosaur, the clouded grey Perspex looking rather out-of-place. One instinctively knew it was to help the piano’s projection into such a large hall, but I have to say – hand on heart – that I don’t think it made any difference – the piano carried as I would have expected it to.

In any case the visual novelty dissipated as soon as the playing started. As enjoyable and musically satisfying as the Haydn symphony, this ended a concert that was perfect for a late-night serenade. While not as full as the packed Bruckner, the audience would easily have out-sold the Royal Festival Hall, with the Arena particularly packed.