In his second, most welcome, Prom of the season, Oliver Knussen conducted the Birmingham Contemporary Music Group (of which he is artist in association) in an exquisite late-night programme, including two of his own works.

Ophelia Dances (actually indicated as ‘Book One’, although no further book has ever appeared) features a celesta in central position with four wind (flute, oboe, clarinet and horn) to the left and three strings to the right, plus percussion. It’s a glistening score, crystal-clear across the vast expanses of the Royal Albert Hall, yet so pure in its intimacy, a beguiling addition to the ‘Shakespeare in music’ theme this Proms year.

Equally delicate was not one but two superb performances of Webern’s Five Pieces for Orchestra, Opus 10, not requiring the huge forces of Schoenberg’s similarly titled work that Knussen had conducted with the BBC Symphony Orchestra earlier this season. With just 19 players (only rising to a collective climax in the third and fifth pieces), and with one of the pieces just seven bars long, these are microscopic creations that have maximum impact. At the end Knussen turned and announced “And again” – the wonder of these pieces being their seemingly different contours even when heard in such close juxtaposition.

With efficient between-work changes, the platform was quickly re-arranged for Knussen’s “Requiem – Songs for Sue”, composed in memory of his wife, Sue. Using words by Emily Dickinson (opening with the heart-stopping line, “Is it true, dear Sue?”) amalgamated by the composer, Machado’s “Cuanado murió su amada” (When his beloved died) and W. H. Auden’s “Time will say nothing but I told you so”, Knussen’s song-cycle inspired by Alexander Goehr’s choice of a Rilke poem in Sue’s memory – “Biss du noch da?” (Are you still there?), which now forms the last song.

Beautifully sung by Claire Booth there seemed an additional layer added to the performance’s meaning, given that Booth is pregnant. Somehow the promise of new life so visibly connected to the memory of a lost life made the occasion all the more poignant. 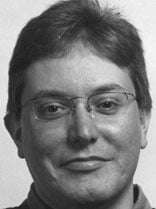 The conjunction between Monday’s lunchtime concert (‘Songs of a Rhineland Harper’), reviewed by myself, given by Sequentia of music at least 1,000 years old (however conjectural the re-constructions) and this late-night concert’s final piece also heightened my enjoyment. Given that Julian Anderson’s Book of Hours references medieval art and music and each of the two movements are, respectively, concerned with time and memory, the music of the Harper seemed not that far away.

What is wonderful about Anderson’s work is his use of electronics (controlled by the composer, and others, at the back of the Arena, where he is a regular presence), which are used as subtly as any instrument. Book of Hours is a rhythmic delight, connecting Anderson recognisably within the tradition of music, but also creating a wonderfully distinct piece which, although perhaps working best on a recording (especially the second part’s introduction of a clicking shellac record), is great to hear live. It’s a witty, mechanical music-box of a piece that was given a winning performance by Knussen and the players of the BCMG, who premièred it (as part of its “Sound Investment” initiative) and recorded it.