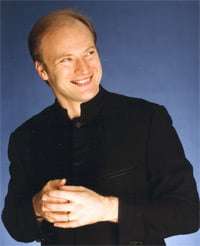 Finding music that complements and enhances our understanding of the ‘traditional’ Proms performance of Beethoven’s ‘Choral’ Symphony is never easy. In choosing works that take us on a spiritual journey leading to the ultimate quest for joy that lies within the Beethoven symphony, Gianandrea Noseda and the BBC Philharmonic hit upon an original and stimulating programme that promised much, albeit with variable results.

It’s hard to find music that takes us further on that spiritual journey than “Parsifal”. The Prelude to Act One is the departure gate to that journey. Unfortunately Noseda and the Philharmonic sounded as if they had lost their tickets as the ‘Prelude’ failed to achieve any sort of lift off. The rippling figuration against which the opening theme is picked-up by strings and winds remained resolutely grounded when we should start to feel transported into a world outside of time, one with a spiritual dimension. It’s not a question of tempo: others have taken longer (and Boulez’s recording is an extraordinary three minutes swifter) but all meaningful performances of this ‘Prelude’ need to prepare us for the emotional and sacred journey ahead. 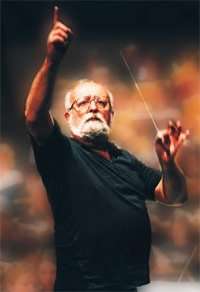 Far better was to follow. Penderecki’s Threnody ‘For the Victims of Hiroshima’ (1960) is a disturbing and frankly disquieting memorial to the victims of the A-bomb dropped on Hiroshima at the close of World War Two. 52 strings are plucked, tapped, scraped and worked in almost every way on order to produce a world of anger and fear. Some passages are so quiet it’s hard to hear at times what is being played. But this is not a quietness of tranquillity and serenity, there’s something much more disturbing going on: this is the outright horror of man’s inhumanity to man. And what a good idea to dive straight into the becalming sense of peace of Beethoven’s “Elegischer Gesang” (Elegiac song), written in memory of the young wife of a friend who had died at the age of 24. The short work was originally written for solo voices and string quartet: here we had orchestra and the splendid voices of the City of Birmingham Symphony Chorus, its sense of peace and acceptance of death a fitting and spacious companion to the anger of the Penderecki.

Performances of Beethoven’s ‘Choral’ Symphony have got quicker and quicker over the years with Norrington, Mackerras and Gardiner, for example, all clocking in around the hour mark. So if you didn’t like the swifter approach you weren’t going to like Noseda’s 61-minute account. Such interpreters have argued for years that this approach is much closer to Beethoven ‘s intentions than the ones that most of us have grown up with (Klemperer and Furtwängler at the other end of the speed scale, for example), a result, they argue, of revisions made by Wagner which dictated that the final two movements, especially, are played much slower than they should be.

How Noseda’s conducting of Beethoven 9 can be beheld really depends largely on your expectations of how this symphony should be played. This performance stood out for clarity of musical line and sense of architecture. From the outset there was a sense of momentum, purpose and direction, a drive and energy to the first movement that was hugely engaging. The downside of this is the loss of a feeling of universality, a grand sense of scale that transmits greatness unfolding. This wasn’t helped by the BBC Philharmonic, a fine orchestra, here sounding undernourished, the violins slightly thin and at times quite shrill.

Swifter tempos, especially in the ‘slow’ third movement, pay dividends for those preferring a ‘fresher’ approach, here bringing a more song-like quality if at the expense of poetic feeling; and there was also a loss of momentum midway through, the only time Noseda’s sense of direction faltered. The finale was the most successful, the opening explosive, the ‘Ode to Joy’ theme played expressively by the cellos and double basses and picked up beautifully by the violins. The four soloists were variable though, Iain Paterson the pick of the bunch, a voice of power and musicality and with fine German diction. Emma Bell was a little shrill and rather too loud, completely overwhelming Jane Irwin. Top marks must go to the CBSO Chorus, in resplendent voice and singing-out Schiller’s verses with a real sense of abandon and exultation.