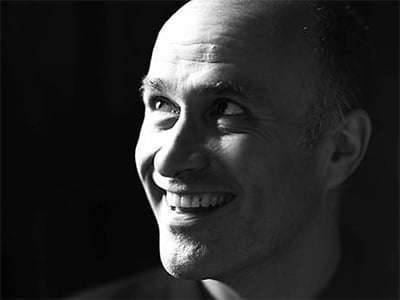 With a selection of choral works spanning 500 years, the BBC Singers and Nicholas Kok presented an interesting selection of English choral music. Sadly, much of Gustav Holst’s work in this genre remains relatively unperformed, still more that of his daughter Imogen. Here the balance was righted a little with the mysterious and rather beautiful Rig Veda hymns. The four chosen are fluently written, rich in chromatic harmonies but also holding an inner calm. Lucy Wakeford’s swirling harp provided the rather beautiful accompaniment to the second song ‘Hymn to the Waters’ with its swaying triple-time meter, while the expansive ‘Hymn to Vena’ rang out clearly in its evocation of the “gold winged messenger”.

We then heard a trio of works, Imogen Holst’s setting of the 17th-century poet William Cleland framed by two motets from the Eton Choirbook, for which the BBC Singers scaled down to 12 members. They dealt well with the tricky ornamentation and melismatic writing of Cornysh in ‘Ave Maria, mater Dei’, this confident and melodically rich setting coming to a strong finish. Christopher Bowen did especially well to project his tenor solo through the congested texture. ‘Stella caeli’, by Walter Lambe, had clearer lines, especially in the unexpected duet for ‘O gloriosa Stella Maris’ (O glorious Star of the Sea), alto Rebecca Lodge providing an ample complement to Olivia Robinson’s bright soprano.

For the Imogen Holst the forces were doubled, but this is a curious piece, and in comparison to its Eton neighbours it seemed to stop and start, as if sung in short sentences rather than one phrase. There is an irresistible, outdoorsy feel to the text, with its references to animals and birds, but although she caught this, the music was not so surefooted in its direction. Perhaps this was intentional, since the final stanza is an entreaty to “Stay, stay at home with me, leave off thy lofty soaring”, but this is a piece that would benefit from another listen. 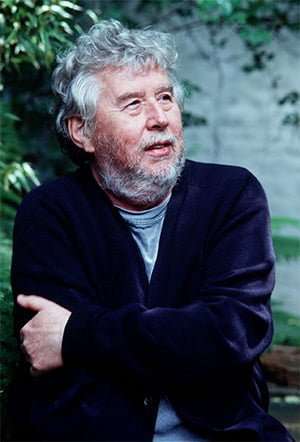 Sir Harrison Birtwistle was present for the UK premiere of his recent Moth Requiem, written for the Danish Vocal Ensemble. Scored for female chorus, alto flute and three harps, the work takes the Latin names for twelve moths – one per singer, by coincidence – adding a subtext by the poet Robin Blaser, who wrote the libretto Birtwistle’s The Last Supper. In a rather amusing interview with BBC Radio 3 host Petroc Trelawny, the composer told how the piece has as its emblem “things that are disappearing”, presenting a kind of “natural mystery”. When asked what the three harps were there for, Sir Harrison’s eyes glinted: “musical reasons!”.

This requiem is not liturgical, instead airing its anger at the extinction of species while celebrating the unpredictability of the creatures themselves. The moths’ fluttering is suggested in an extraordinary introduction, where flutter-tonguing flute and brushed harp strings set a silvery tone. Like its subjects, the piece refuses to settle. The fractured motifs flew about in irregular fashion between the voices, with the names Scopula immorata (an attractive mottled brown and white moth) and Paranthrene tabaniformis (a more aggressive-looking species with wasp-like markings) especially audible. The performers reached demanding high notes with unerring accuracy and Kok secured a performance of admirable control. Philippa Davies’s flute part was similarly virtuosic, though it had a more sorrowful role in the commentary. Meanwhile the harps painted Blaser’s real-life description of a moth trapped in his piano by knocking their instruments, as the moth might inside the keyboard. Moth Requiem is a moving and vividly pictorial celebration and protection of a species close to Harrison Birtwistle’s heart.