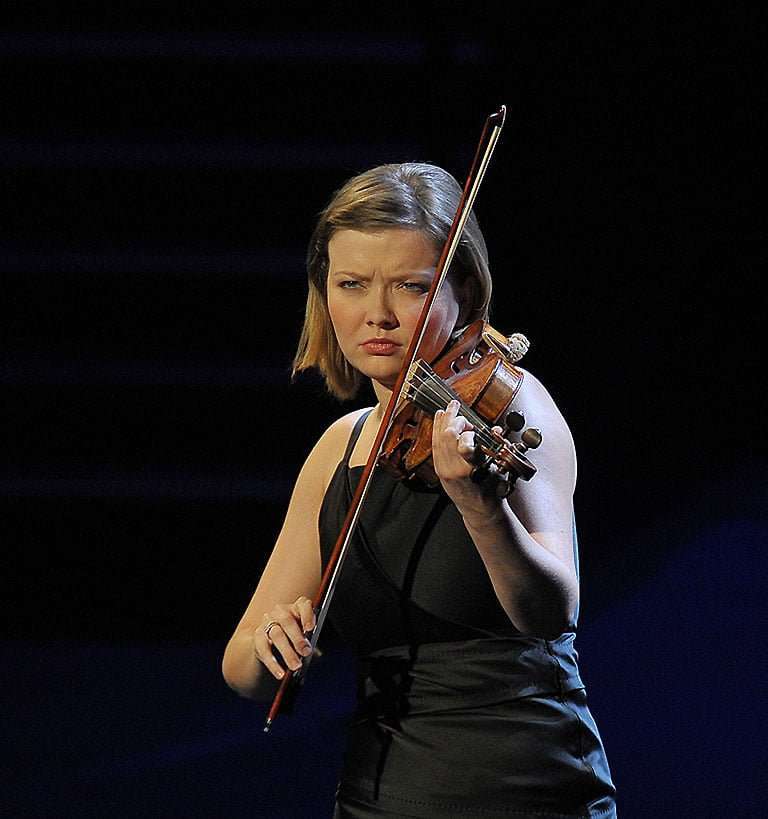 This is only the second Prom (and it was a late-night affair) – during one hundred and twenty-one seasons – to programme J. S. Bach’s solo-violin repertoire. It seems fitting that Alina Ibragimova should be the chosen musician, for she was once a pupil at the Yehudi Menuhin School whose founder recorded the first comprehensive edition of Bach’s Sonatas and Partitas.

The absence of vibrato (an Ibragimova trademark) was childlike and she found innocence where others have found complexity. Like the sound she produced, the profundity purified and condensed on the air, weightier yet somehow simpler. Ibragimova slow-danced to the music – she cowered, softened, arched and straightened until becoming almost motionless on its summits.

Head angled to gaze directly down the fingerboard, her attention was sometimes held by her instrument alone, as though an independent appreciator of its song. At other times the music was the sole consideration and she looked out and played without moving; at other times it plagued her from the inside and a movement from the Partita was a manic episode. Preceding it was a ‘Corrente’, its triple time and non-altering note values made for a masterclass in using the bow as she made light work of constantly changing inflections. Symmetric bars, asymmetric bars and quavers played soft staccato – all such things came and went beautifully.

The audience was drowsed in Bach-induced psychedelia. Some in the Arena lay and observed the blue bauble heavens, while others were draped in chairs and over banisters. Musical abandon suited the decadence of the Italianate surroundings. Spiritual abandon, too. The vault, the space, the quiet and the architecture might have been those of a great eighteenth-century rococo church.

The acoustic in the Royal Albert Hall is forever curious, for in the vastness was intimacy. Ibragimova played as though for herself and for Bach, and we were made privy to something deeply private. Note after note penetrated the great space where all the implications of harmonic continuum and human achievement were left to swirl and could be observed.

Ibragimova stood close to the audience, a comparable human being. Bach’s music, Ibragimova’s playing, Anselmo Bellesio’s violin, made circa 1775, the Royal Albert Hall (masterminded by Henry Cole, designed by Lieutenant-Colonel Henry Scott and Captain Francis Fowke) are the extraordinary achievements of people. Suddenly the audience’s wheezing and stifled spluttering, rustlings and fidgets were beautiful in the light of them. Bach sounded on, silences and implied harmonies exquisitely expressed. while what was expressed rested only fleetingly until that most significant of notes, the final A.