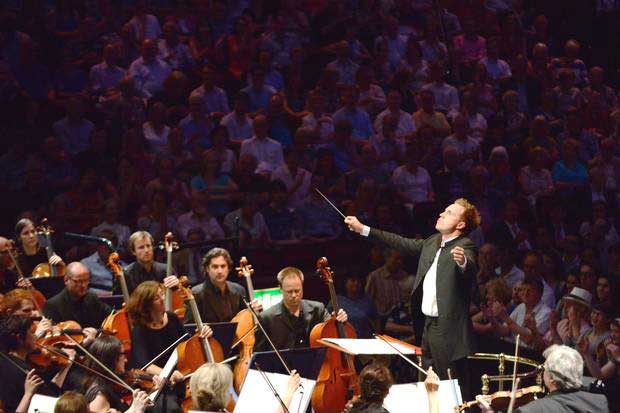 An intriguing if impractical programme in which the presence of Elgar alongside Richard Strauss (it’s the latter’s 150th-anniversary) prompted the thought that British music of a certain kind has featured strongly in recent Proms seasons and might conceivably fare less well under a new Director. That is for the future. In the here and now a fair-sized crowd had assembled, notwithstanding the absence of a conventional concerto vehicle. The cameras were there too, the intrusive lighting scheme intended to enhance the experience for viewers at home.

The concert began with two less than inevitable pieces of Strauss. While both demonstrated his incorrigible tendency to excess, the Festival Prelude was at least well suited to the occasion. It was written for the opening of the Vienna Konzerthaus and conceived for the kind of mammoth forces that only really work in a generous acoustic. Strauss was preoccupied with An Alpine Symphony at the time and hence the score might be regarded as a species of off-cut. It begins with a rather arresting organ solo (Ian Tracey listed as an orchestra member at the back of the programme booklet) before proceeding to subtly individualised but still essentially generic tub-thumping. There is a Leonard Bernstein recording which coincided with the inaugural concerts of what was then Philharmonic Hall at New York’s Lincoln Centre but I can’t pretend to be familiar with that. Vasily Petrenko’s forces seemed to be on top of things. The performance was credited to the Royal Liverpool Orchestra although there were as many as nine horns which may or may not have come adrift at one point. The acoustic ensured that it was difficult to tell. 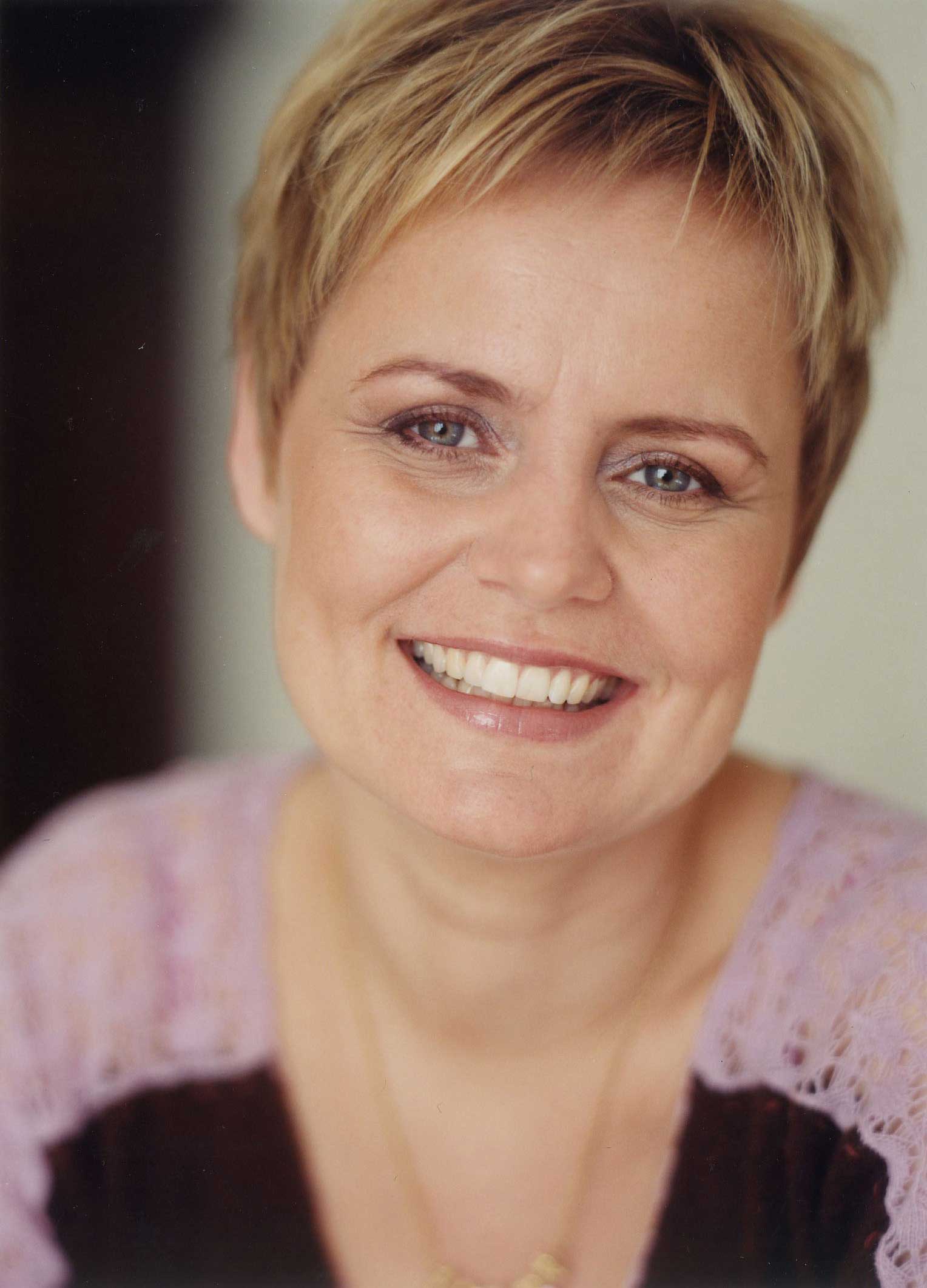 Sitting much less happily in the venue, the 16-part a cappella Deutsche Motette required several minutes of chair and microphone shifting at either end. It was not worth the effort. Also dating from 1913, this is the kind of densely wrought, contrapuntal Strauss that only his convinced admirers are likely to welcome without reservation. The giant fugal section that forms the apex of the piece may have made sense on BBC Radio 3. In the Hall it was so much aural murk. The BBC Singers (augmented) sounded typically game (there are top Ds and some very low notes to tackle), just as typically offering less in the way of tonal beauty. The four voices credited as soloists, of whom only Brindley Sherratt seemed capable of firmly focused tone, were oddly balanced in a grim and gritty wobble-fest which will have won the piece few friends. Petrenko directed without a baton.

After some delay we were into the easeful balm of the Four Last Songs in which Strauss’s late-period doodling is so miraculously transmuted into pure gold. Since her Cardiff Singer of the World win, more than twenty years ago, Inger Dam-Jensen’s bright, clear soprano has acquired a fluttery vibrato, not unattractive but limiting. The diction was firm and clear but this was a twinkly, low-key account, not a ‘late’ reading in the Schwarzkopf manner or a grand one of the Jessye Norman type. There were some rather audible intakes of breath and tempos were relatively brisk, the accompaniment tactful. For the record Miss Dam-Jensen certainly looked the part in a fetching gold ensemble.

The serious business came after the interval. Petrenko and the RLPO are to follow their successful Shostakovich Symphony recordings for Naxos with an Elgar series on the Onyx label. Indeed concertgoers and Radio 3 listeners may already have sampled the team’s individual take on this repertoire. Petrenko is not alone in his seemingly unlikely enthusiasm for Elgar. Daniel Barenboim is revisiting significant works. And Sakari Oramo has been leading ‘revisionist’ performances in which speeds are faster and textures lighter. Petrenko’s Liverpuddlians (the RLPO had played Elgar 2 at the end of May with David Lloyd-Jones conducting) offer just as much sonic refinement with what seems to me an unprecedented insight into the equivocal nature of this music. There’s a wider range of sonority, including the richest string sound (obtained with undivided violins) and, more important, a bigger expressive scope. It was impossible to hear this Elgar 2 as a parochial lament for imperial glories past (and perhaps as such to be avoided on ideological as much as musical grounds). Shostakovich’s public declarations about his music are no longer trusted and I am not sure it makes any greater sense to rely on Elgar’s establishment-oriented public declarations. Petrenko’s Elgar is certainly a challenge to preconceptions, hard-edged at times, soft hearted elsewhere – and with nary a trace of the stiff upper lip. Pianissimos were hushed and heart-stopping. 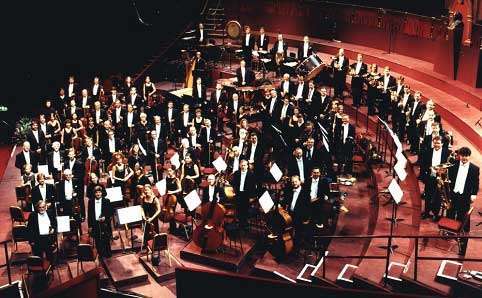 Sorrow was implicit from the start, the argument launched at an unexpectedly deliberate tempo, plainly burdened with cares, slower episodes deliberately paced though never flaccid. Elgar’s own recording is of course very different – a (somewhat scrappy) revving-up and release of energy. Yes, Barbirolli saw things more Petrenko’s way but without his ambition to re-think a soundworld we perhaps only think we know. Without that element, Petrenko’s approach might have created too great a continuity of mood with the overtly poignant second movement. It was splendid to hear the RLPO producing world-class depth of tone and the very end brought an astonishingly ‘modern’ essay in pure colour. The scherzo, not inescapably shadowy in the Mahlerian sense, was nevertheless tremendous thanks to the mechanistic, rock-steady articulation that is this conductor’s hallmark, the pounding climax brusque and apocalyptic.

The finale was broad, the resigned mood again there from the start, which is perhaps just as well given the sequential inertia of the main material. Perhaps, one felt, Elgar intended a certain weariness after all. The aspiring nobility of the second theme and the angular Mahlerian vehemence later on were not undersold but the music’s downbeat ending has rarely seemed more inevitable. What it really meant to the composer we shall never know. It is I think to belittle his achievement to describe its mood as merely wistful. There were, after all, some tears. Other listeners left part way through, whether perplexed by the length of the work, the breadth of the interpretation or, more likely, unable to cope with the intense heat in the Hall. Throughout the RLPO played with immense ardour and, in those unsuspected sotto voce pockets indebted to Strauss and the French quite as much as to Brahms or Wagner, an extraordinary luminosity. The clapping after the first movement grated and, with the management now positively encouraging the importation of drinks, plastic beakers could be heard hitting the floor at regular intervals. Even so this was a remarkable night for troubled times. “Rarely, rarely comest thou, Spirit of Delight!”.