Mussorgsky
Boris Godunov – Opera in seven scenes to a libretto by the composer after Pushkin [original 1869 version; sung in Russian; libretto and English translation included in the programme] 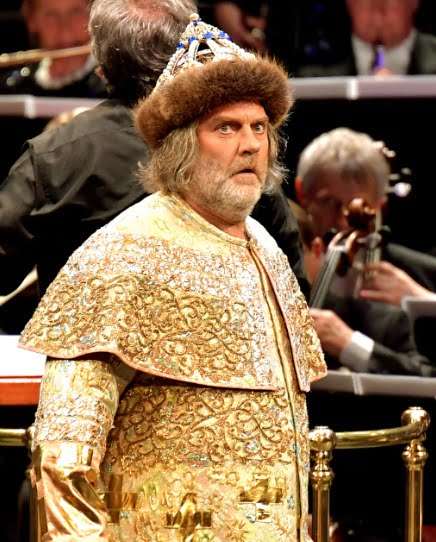 This may have been only the second Prom of the 2016 season but surely it provided the first climax. The Royal Opera House brought its recent production of Mussorgsky’s original version of Boris Godunov to the Royal Albert Hall and, even though given in concert performance, it was gripping throughout. Nevertheless the singers were in costume, with Bryn Terfel making his first overawing entrance in bright coronation robes between the organ console and Henry Wood’s bust. The bells put in their appearance to equally dramatic effect (though seemingly a recording through loudspeakers) from up in the Gallery across the other side of the Arena, and almost overwhelming the orchestra.

Put simply, the cast was nearly uniformly magnificent. At the drama’s centre were Terfel’s Godunov and Ain Anger’s Pimen – both burdened and ensnared by the past. Whereas the latter wore it with noble resignation, Terfel’s descent into mad desperation was a sublime, fearful phenomenon to behold – but maintained with utmost musical control, and sounding more sonorous than the rough-edged tone he sometimes produces. Indeed, in the hallucination scene, it was the orchestra which could have been more menacing.

If the boyar Shchelkalov was sturdy and constant in Kostas Smoriginas’s portrayal, then John Graham-Hall’s account of Prince Shuisky was insinuating and mischievous, and later odiously obsequious. David Butt Philip’s interpretation of the pretender Grigory was also expertly calculated to convey a certain sort of innocence at first, with the ringing earnest quality of his singing, but he also gave it an ingratiating veneer implying the schemes he is already fomenting to assume the throne by impersonating the dead Tsarevich Dmitry. As the Simpleton, Andrew Tortise took no hostages in his denunciation of Boris as the murderer of the rightful successor to Ivan the Terrible. 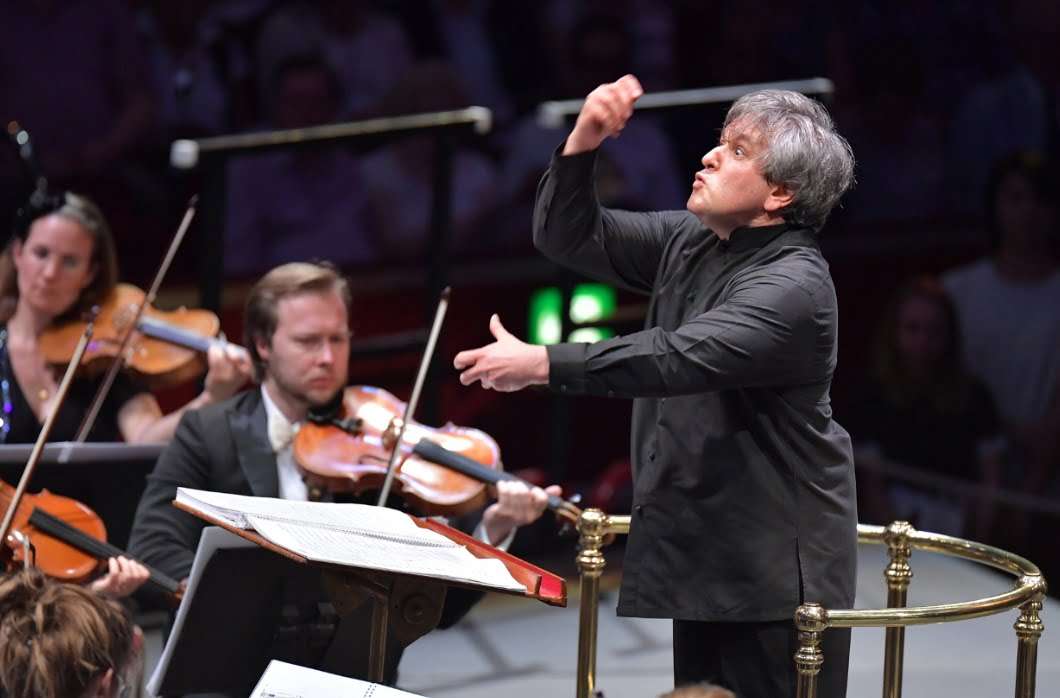 In contrast to these high-level political machinations, Andrii Goniukov imparted an amusing directness to the Falstaff-like character Varlaam in the tavern scene, where he also introduced a sinister note as he recounted the Tsar’s vengeful campaign in Kazan and implicitly trivialises the disguised Grigory’s plans to usurp the throne. Varlaam’s counterparts in the inn were less vividly characterised but they are small roles. As Godunov’s daughter Xenia, Vlada Borovko expressed her grief at the death of her betrothed, though it bordered on wailing. Among the other parts, James Platt should be singled out for his vociferous, impatient Guard whose confrontation with the people opens the drama.

More than in many operas, the part of the choir embodies a fully-developed psychology, and the Royal Opera Chorus (singing from memory) caught those nuances. In particular it was a notable achievement to cultivate distinct musical personalities for the separate groups of people, the pilgrims (with an audible religious fervour), and the monks. This was integrated by Sir Antonio Pappano into a compelling realisation of Mussorgsky’s colourful, atmospheric score, which could be regarded as a tone poem with words, for he skilfully controlled the cinematic progression of incident and feeling from one scene to the next – there was no interval – by drawing a haunting, pulsing sequence from the orchestra.