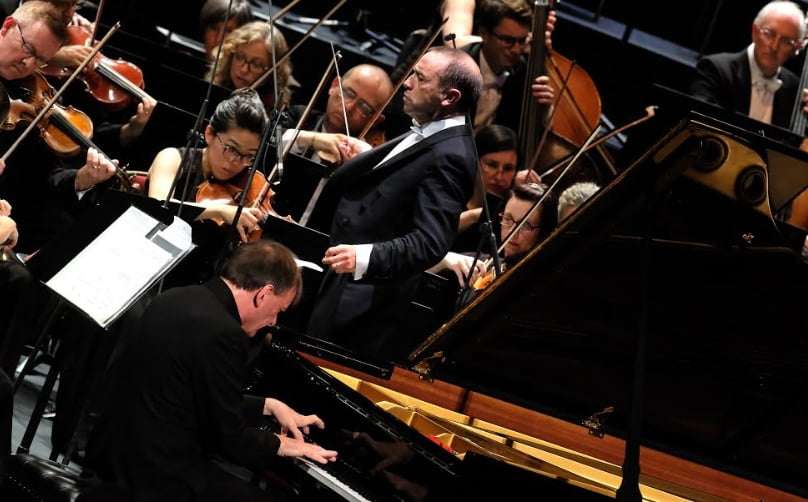 Colin Anderson writes… With an hour to go to the start of this Prom, the designated reviewer, Antony Hodgson, contacted me to say that he was stuck in a train and had been going nowhere for quite a while. As things unfolded (thank heavens for email and mobile phones), it became clear that Tony would miss the concert’s first half, so yours truly donned his headphones and found the Radio 3 website to listen live – I had previously signed-in, albeit with reluctance, to the BBC’s recent dubious requirement to know who and where we are.

Anyway, to the Brahms, one of the mightiest of Piano Concertos, which I’d like to have heard via the newly introduced Radio 3 Concert Sound facility, to test it out, but it seems only available to those with Firefox, and although I could download this particular browser, my steam-driven computer might not stand the strain, nor me if it goes wrong!

So, from a good-enough relay over the Internet, the BBC Philharmonic a little recessed, and Mark Wigglesworth ensured an attention-grabbing timpani roll and incisive strings – this is music with a grand if tragic import – letting the lengthy orchestral introduction set the scene admirably. Stephen Hough’s first entrance was nicely dovetailed with what had preceded it, and he and his partners proceeded to unfold the first movement with ebb, flow and certainty – music of power, reflection and volatility. The Clara Schumann-inspired Adagio was sublime (Brahms had a soft spot for Robert’s wife) – searching and hushed – and the Finale was athletic and impish, if not without expanse, to reflect Brahms the passionate young man that he was at the time of composition.

Having recently heard this potent Concerto on successive evenings (from Martin Helmchen and then from Peter Serkin, and in the respective venues!), I can report that this great and timeless composition never loses its thrall and that Messrs Hough and Wigglesworth conjured a very listenable one-off performance. It wasn’t perfect, but it was spontaneous – thrills, spills, beauties – recreated for there and then, and it was a bonus that there was no between-movement clapping to break mood and concentration or the music’s symphonic reach.

Now over to Tony for the rest of the Prom… 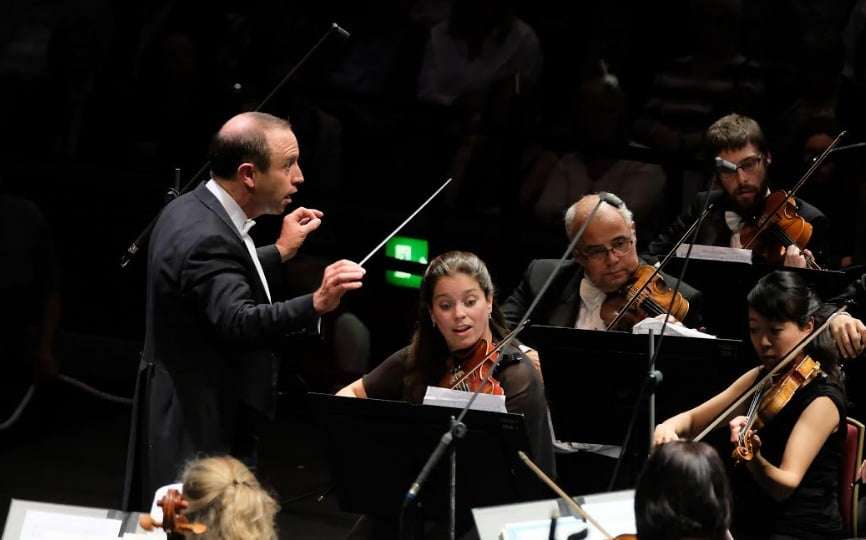 Antony Hodgson writes… The highly unusual source of inspiration for David Sawer’s The Greatest Happiness Principle (1997) is philosopher Jeremy Bentham’s 1791 design for the penitentiary which was to have been built on Millbank in London. Sawer has not detailed the links between the music and the architectural design but the result is a very convincing, clearly-structured piece. The commencement is arresting with forceful, syncopated fragments from woodwinds driving the music fiercely forward; and the scoring is brilliantly varied, with individual instruments appearing in quick succession and constantly changing the colouring. The penitentiary was designed so that one guard could observe all the prisoners – is the command of the conductor over the players perhaps the intended parallel?

There is imaginative use of percussion, timpani are sometimes given a quasi-thematic role and there is a particularly exciting early outburst from heavy brass. The varying moods include some quiet reflective episodes, but forward motion is the essence. Mark Wigglesworth clearly indicated the many different time-signatures, but throughout, his downbeat was regular regardless of subdivisions; this meant that changes of mood were created by contrast of rhythm rather than tempo making this a closely unified work. Towards the end, the jagged woodwind syncopations return leading to what begins to seem like a repetition of the previous climax, but instead the brass leads the orchestra in going wild, the horns fiercely challenging their weightier colleagues, raising the bells of their instruments to do so. The orchestra then provides a final calming arching phrase which emerges from the chaos without the conductor giving any direction.

The lively and enjoyable performance of Haydn’s Symphony 99 used a reduced ensemble – the size of the ECO or London Mozart Players. Period-sized timpani were played with hard sticks and convincing attention was given to eighteenth-century style; horns were balanced strongly and equally against trumpets. It is admirable that Wigglesworth had the strings play piano passages so gently and that the woodwinds phrased very expressively but the vast space of the Royal Albert Hall did mean that some of these subtleties were lost.

The overall interpretation was well-shaped and firm in rhythm with tempos consistently swift. The approach to speed was persuasive except in the Minuet which sounded more like a fast waltz and here the horns disappointed since their spectacular rising phrase in the second section faded at the end of each appearance, nor was it always perfectly accurate. In the Finale, Haydn has a delightful whim when, after a firm full-orchestra chord, there is a quiet, querying violin phrase that then reduces to Adagio. I have no objection to Wigglesworth choosing to exaggerate the pause in order to emphasise the quirkiness of the sudden quiet moment that follows but sadly it gave the opportunity for the lunatic clappers to break in and completely ruin Haydn’s little joke.