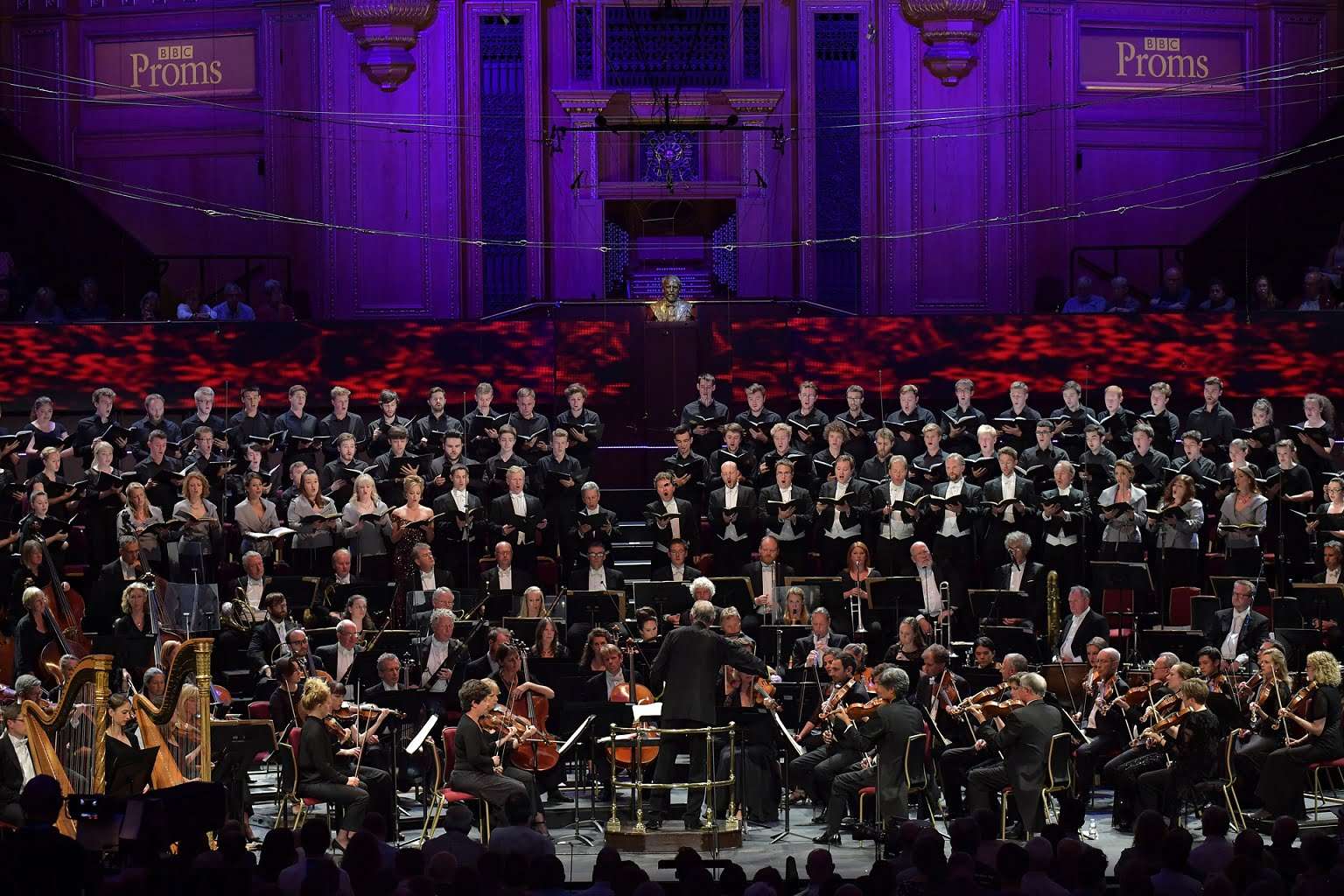 Only the fourth complete performance of Roméo et Juliette at the Proms this – although not stated as such – was really a Proms premiere. The reason? Well, John Eliot Gardiner presented Berlioz’s original conception of the work – including, mid-way, a Second Prologue which was discarded in sketch form but orchestrated in 1995 by none-other-than Oliver Knussen for the New Berlioz Edition (and recorded that year by Gardiner and his then-new Orchestre Révolutionnaire et Romantique) and also a rather jazzy ‘Requiem’ appended to the choral accompaniment to Juliet’s cortège – a meta-performance, if you will, as if we had got into Berlioz’s head in his white heat of inspiration.

Given that any such editorial information was buried within Gerald Larner’s programme note, the additional pieces took me completely by surprise. I found the Second Prologue particularly pertinent – balancing the semi-chorus’s opening explanation of the action and making much more sense of the end of this Symphony. Knussen’s scoring is intrinsic to Berlioz’s. Other than that – I think I’m correct in determining – we got Gardiner’s “preferred movement order” (as listed in his 1995 Philips release), so not the original version of the Finale. 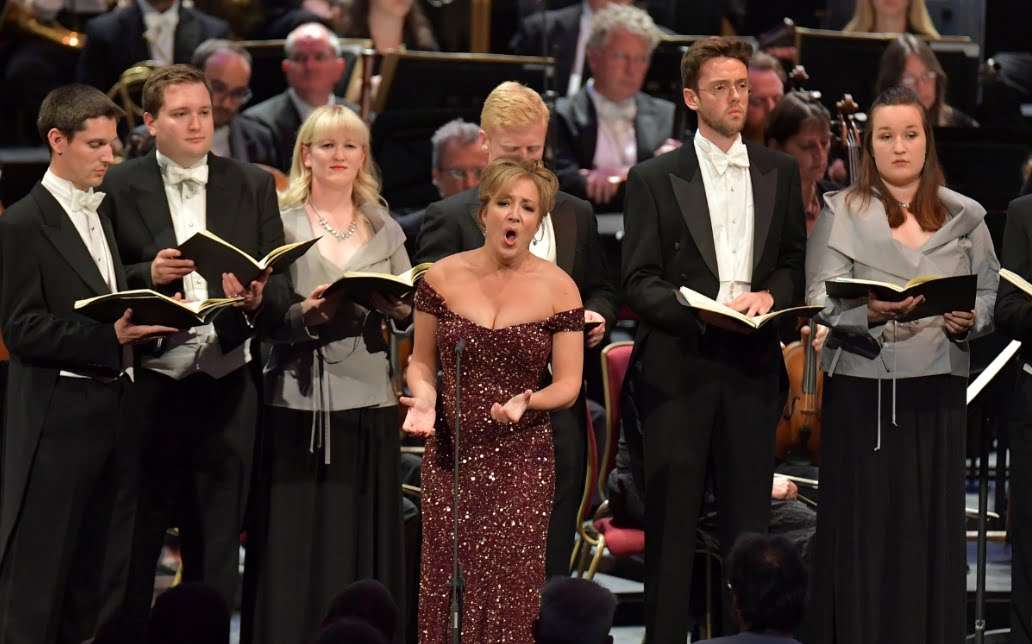 The other notable innovation in this account was Gardiner’s cue from Berlioz’s subtitle – Dramatic Symphony – so that the semi-chorus (the Monteverdi Choir complete with Julie Boulianne and Jean-Paul Fouchécourt; and with the ladies in their new Vivienne Westward-designed concert attire) entered onto the forestage for the two Prologues, with the chorus-master (curiously not named in the programme) in a box amongst the front-row Arena prommers. The larger ranks of the National Youth Choir of Scotland entered only latterly and in slow-moving formation to fill the chairs behind the ORR during Juliet’s Funeral Cortège, dramatising what should be a procession. In this Gardiner followed Berlioz’s instructions (“observations”) in the score, including the arrival of the two percussionists with their antique bells onto the forestage for the final few bars of ‘Queen Mab (Scherzo)’ and it all worked, wonderfully. 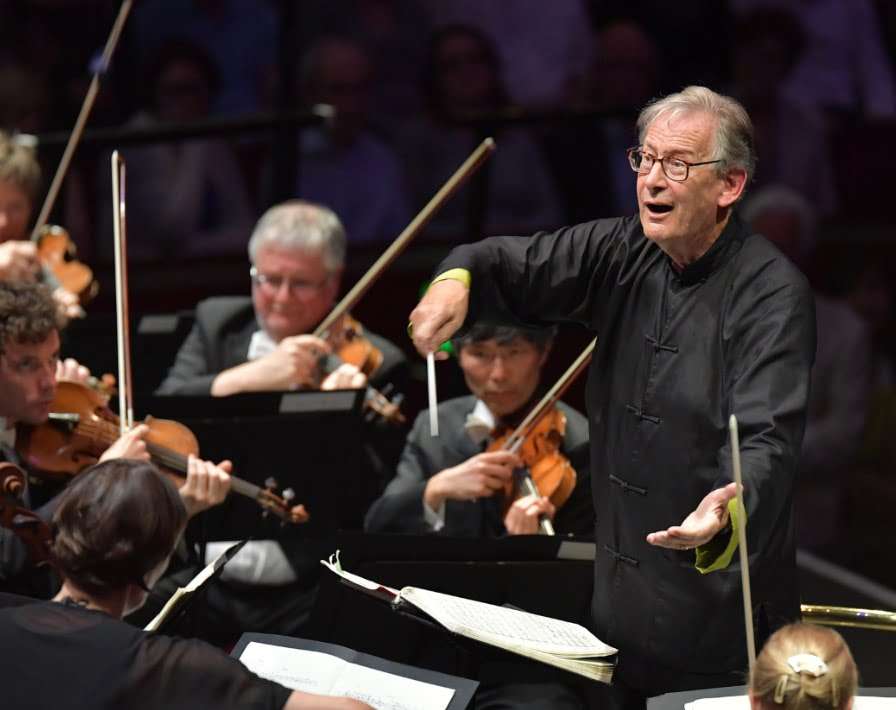 The music itself, complete with natural horns and ophicleide, antiphonal violins and the four bassoons placed with the horns, after momentary acclimatisation to ‘period’ instruments, this was a performance that gripped. Boulianne and Fouchécourt were nigh-on perfect in their all-too-short solos but were involved in all the semi-chorus’s contributions, while Laurent Naouri – less stentorian as Friar Laurence as any I’ve heard – held the forestage at the end with his explanation of how the two young lovers are lying dead in the tomb, and encourages the Capulets and Montagues to unite in their grief, wonderfully realised by the National Youth Choir of Scotland.

But the lion’s share of Berlioz’s imagination was fulfilled by the ORR, making the most of the score’s individual and often-audacious sonorities, which Gardiner conducted with sweeping advocacy: ardent, brilliantly fleet, and glittering; and splendidly sepulchral in the dark mutterings that signal Romeo arriving at Juliet’s tomb.

On August 21 Sir John Eliot takes these performers to the Berlioz Fest at La Côte-Saint-André.