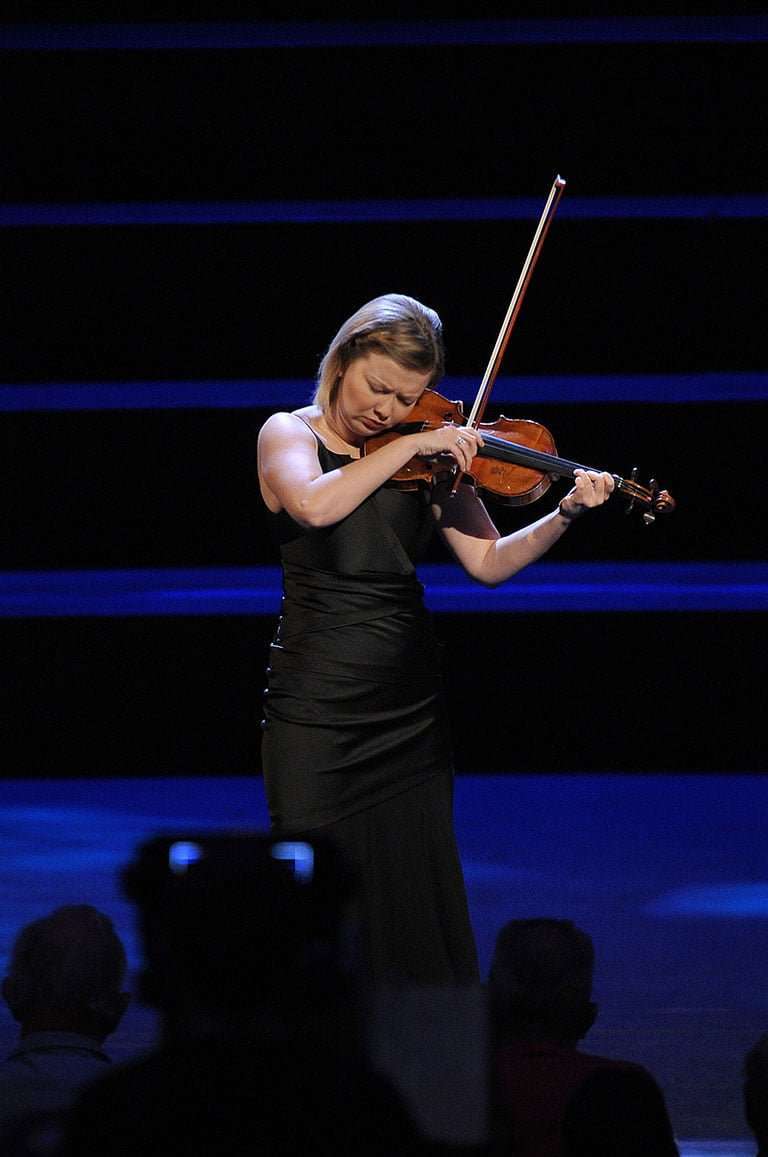 The Proms’ late-night Bach series suggests intimacy and meditation, and that is what Alina Ibragimova gave in this second instalment of her complete survey of the composer’s solo-violin Sonatas and Partitas. She preserved a generally limited dynamic range, but this paid dividends in the special acoustic of the Royal Albert Hall where, despite its vastness, it is still capable of drawing the audience into this most immediate form of music-making.

Ibragimova’s renditions created an intensely private world, perhaps at the expense of some of the music’s extroversion in the Sonata and E-major Partita. As such, these interpretations also tended to avoid a palpably overarching or architectural view of each work, or even of individual movements. Instead – and perfectly validly – she maintained intensity by her detailed, nuanced rendering of each phrase, and even then also hardly using any vibrato. She achieved expression through the subtle inflections she gave to the key notes in broken chord passages, a rhythmic vitality which gave life to the form of each dance in the case of the Partitas (except for the ‘Corrente’ of the D-minor, which was relatively slow), and effortlessly clean double-stopping with clear voicing of the counterpoint where necessary.

In theory, Ibragimova’s fairly undemonstrative technique in realising this multi-faceted music ought to have led to these accounts seeming coldly objective and impersonal. Arguably they did lack direct human emotion, but their innate musical sense – achieved as though spontaneously – was a marvel to see and hear: each phrase pulsed with its own vitality which Ibragimova brought out from within the innate possibilities of the notes themselves, rather than imposed upon them. Hence, each movement made complete logical sense, even if there was often no obviously identifiable structure.

The great ‘Chaconne’ of the D-minor Partita began forcefully, with some (presumably deliberately) gritty double-stopping in the first couple of variations. But the music worked its way through the private tragedy of that opening statement to serene resignation and acceptance. Scarcely less of a technical achievement on Bach’s part, in the ‘Fugue’ of the Sonata Ibragimova pursued a faultless and steady course through its intricate counterpoint, making the whole seem the inevitable outcome of the simple opening subject. Her seeming inability to be steered off-course was demonstrated when, on approaching the end of the second section of the D-minor Partita’s ‘Allemande’ for the first time, her recall (from memory) of the music went awry, and so she started the movement again, completely unabashed, and still succeeded in creating the bleak mood she intended.

Some gentle instances of humour in the E-major Partita showed personality and warmth. Throughout all three works Ibragimova shunned sensational effects, but almost miraculously she succeeded in making the audience hang upon the twist and turn of each phrase, making for a consistently probing and ultimately satisfying sense of these profound and inexhaustible works.