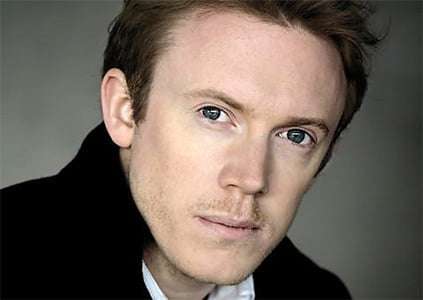 In C. No, not by Terry Reilly but a BBC Prom of masterworks nominally in C major, two symphonies and piano concerto, but not before the spectre of C minor had darkened the Royal Albert Hall with baleful woodwind chords (including a pungent contrabassoon), the music rising momentarily in intensity, and the vibrato-less strings suggesting the loneliness of a prison cell. Not all the string-players present took part, and not all the instruments to be seen were needed; this was already the orchestra required for the next work. Curiously, if gratifyingly, no-one applauded after Masonic Funeral Music (although no such request was made), allowing Daniel Harding to move straight into Schumann 2, which was effective, but the clapping that then erupted after its first movement made a nonsense of the earlier segue and also the Symphony’s continuation. Fortunately no further mid-work intrusions occurred.

Schumann 2 is one of the greatest of symphonies, irrespective of key signature. If the slow introduction was a little static, the performance as a whole fizzed with detail and dynamism. In the first movement (its exposition deftly returned to) tension was kept on a tight rein until the coda accelerated with fire in its belly. The rapid, tricky-to-negotiate scherzo enjoyed scything rhythmic attack, the two trios given in a similar vein without losing expression, the second one ear-catching in its hush. The glorious if sad (C minor) slow movement was gently expressive and really quiet lovely, the fugal section beautifully worked out, and the finale was measured – to the benefit of specifics – yet exuberant, enough held in reserve for the joyous apotheosis. True, more weight than four double basses can provide was needed, a little more vibrato would have been welcome at times, even as decoration, but this was a shining example of fewer strings liberating the winds, without them dominating, and bringing clarity to the interaction of instruments. So, Schumann can’t orchestrate? Huh! 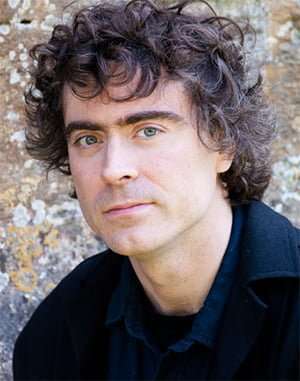 After the interval, one of Mozart’s greatest achievements, the C major Piano Concerto that Ludwig Köchel determined as number 25 and entered as 503 into his catalogue of this composer’s works, a surprising late-arriver at the Proms, not until 1960, when Charles Rosen collaborated with Colin Davis and the LSO. On this occasion Paul Lewis was the model of subtlety and sophistication. Harding and his friends had launched proceedings in robust and patrician style, catching well the music’s majesty, and later also its pathos and humour, developing a meaningful dialogue with the soloist, polite and erudite, of drawing-room intimacy, the Royal Albert Hall shrinking appropriately. Not surprisingly, given their relationship, Lewis played Alfred Brendel’s first-movement cadenza (as does Imogen Cooper) if “modified” (I hope Lewis first had a word with his mentor about the tweaking!), a commentary immediately at the core of the music it complements but also typically witty and oblique. This often-exquisite rendition, the unruffled Lewis primus inter pares and with much of interest to share, and blessed by some fastidious woodwind contributions and Harding’s ear for well-judged levels of volume, should go down as one of the concerto performances of the current Proms season.

As for Schumann’s music, Sibelius’s can similarly benefit from reduced personnel (the MCO’s string strength here was never more than 12/11/8/6/4), aiding translucent textures and internal clarity. Thus the multi-nation Mahler Chamber Orchestra – founded in 1997 as an offshoot of the Gustav Mahler Youth Orchestra and now in great demand as well as integral to the Lucerne Festival Orchestra – and its Conductor Laureate, gave a spacious and dignified reading of Sibelius’s ultimate symphonic goal, lucid in its direction and in its scoring (Martin Piechotta moving to a different set of timpani), the brass never drowning the fewer-than-usual strings, but without being shy, not even when the trombones are playing a crucial role. Perfect! The work emerged from mysterious depths, and if the violas opened the richly polyphonic Adagio section with no vibrato whatsoever, this somewhat disconcerting timbre was soon investing a convincing eternal quality into Sibelius’s unimpeachable music. Overall this performance was sure of itself, incisive and, in the scherzo sections, even playful (antiphonal violins enjoying meaningful intercourse), Harding ensuring that the Symphony’s crises and fractures were also given full value. By the occasion of the final bars, C major emerging in hard-won victory, this success was here given in unforced, even peaceful terms – and all the more poignant for it.

Frankly we didn’t need an encore. This had been a long, demanding and superior concert, so the finale of Mozart’s ‘Jupiter’ Symphony (yes, in the white-note key and identified as No.41/K551), miraculous as it is, was simply too much of a good thing and even felt superfluous after the Sibelius and further not helped by being set adrift from its companion movements. Ideally both its repeats would be observed in a complete performance, but it scarcely mattered here that they (understandably) were not. Don’t want to be a party-pooper though, so delighted to note that this torso (Piechotta returning to the ‘authentic’ drums) included some Harnoncourt-like dynamic ‘explosions’ as but one ingredient of an exhilarating traversal, closing with a well-made ceremonial flourish, that was also a testimony to the MCO and Harding’s commitment and energy.