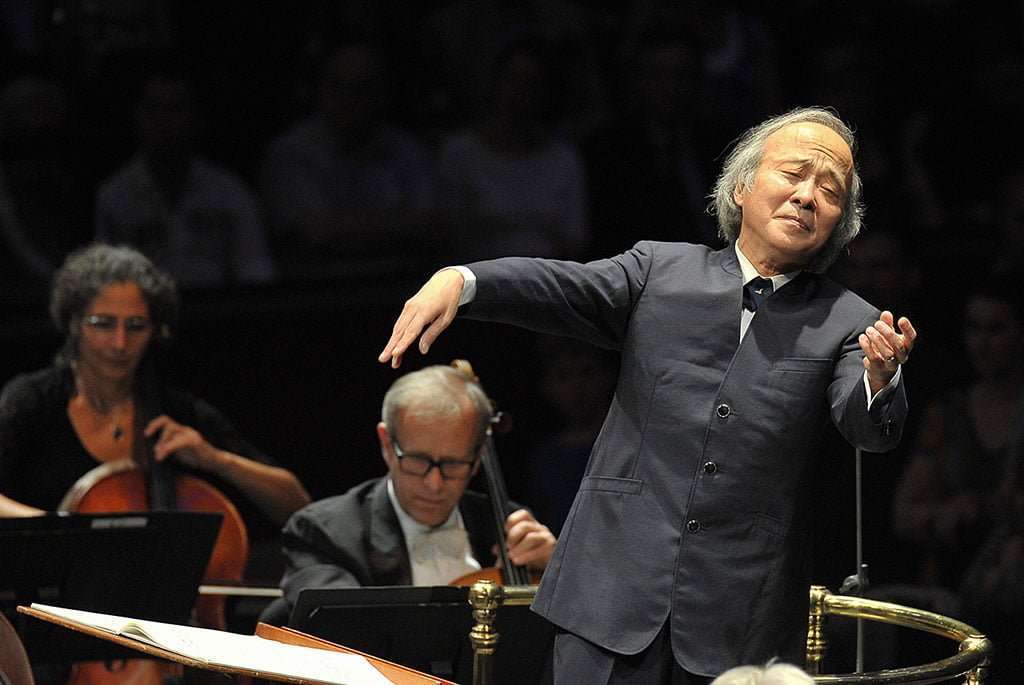 It was a genuine pleasure to welcome Tadaaki Otaka back to the Proms with what one might regard as ‘his’ orchestra in terms of those he has conducted in the UK, a welcome even more warmly felt in a programme of British music for which, almost since his initial concerts with the BBCNOW (then BBC Welsh Symphony) – when a memorable account of Elgar’s First Symphony declared him to be a fine interpreter of music with which one might have (wrongly) presupposed he might not feel entirely at home.

William Walton’s Spitfire Prelude and Fugue – derived from his music for the 1942 film, The First of the Few, directed by and starring Leslie Howard as R. J. Mitchell, the designer of the Spitfire – made a splendid opener, Otaka’s measured pacing of the noble theme which infuses the Prelude and which crowns the Fugue being absolutely right. Otaka was equally splendid in the Fugue – as was the orchestra, for this music does not play itself – and his dovetailing of the solo violin passage (admirably played by Lesley Hatfield) prepared for the return of this music and its combination with the Prelude in superb fashion, revealing this fine work – so easily dismissed as jobbery – to be wholly characteristic of this composer.

Ralph Vaughan Williams’s Violin Concerto, written in 1925 for Jelly d’Aranyi, followed, with Chloë Hanslip an inspirational soloist, who gave a probing interpretation with a depth of expression that claimed it as one of the composer’s too-little-appreciated masterpieces. The first movement, surely inspired by J. S. Bach’s A-minor Concerto (BWV1041) – the similarity of the works’ openings cannot be dismissed as mere coincidence –, found Hanslip totally compelling from her first entry, securely and knowingly partnered by Otaka and BBCNOW’s strings. An encore followed – Elgar’s Salut d’Amour, in an arrangement for violin and strings. One wondered whether it was either necessary or quite the right choice. It was certainly very well played, and one also wondered who was responsible for this arrangement. 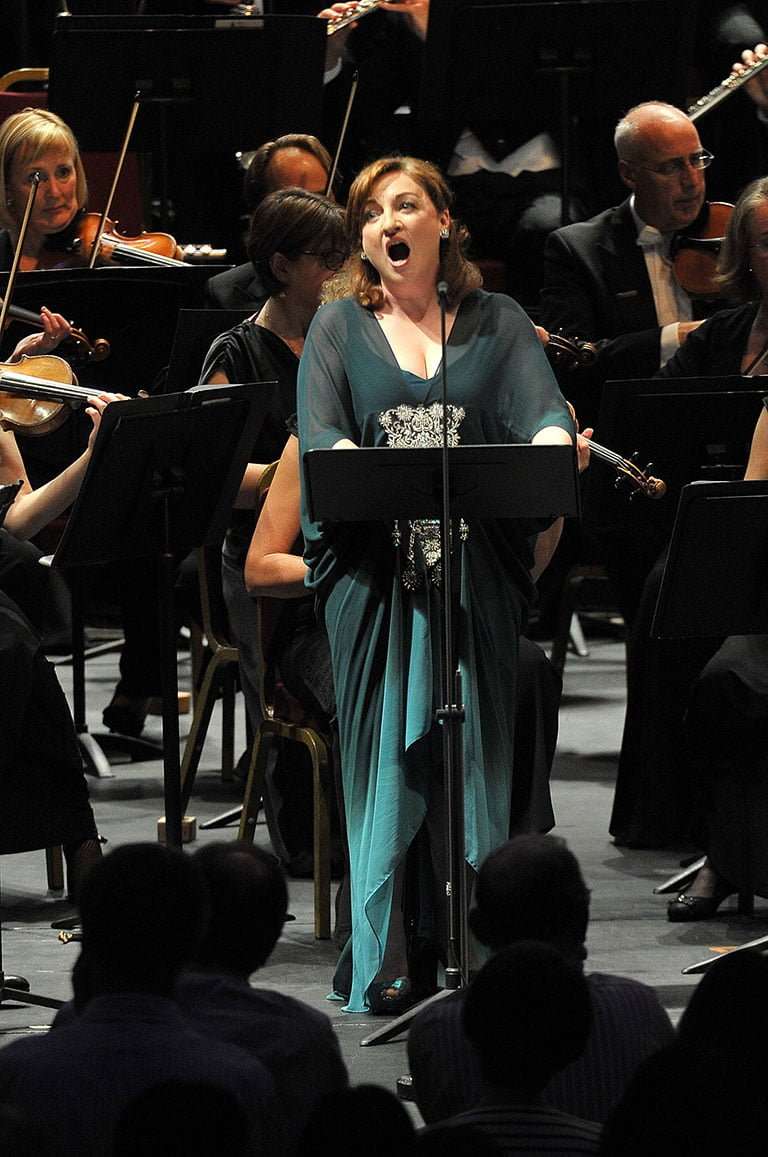 After such fine performances, Grace Williams’s Fairest of Stars (1972) – a setting for soprano and orchestra of ten verses from John Milton’s Paradise Lost – had the inestimable value of Ailish Tynan as singer. Indeed, it needs a singer of Tynan’s quality to make it fully coherent as a work of art, for in this context it could not have appeared as other than relatively disappointing. This is not one of Williams’s better-judged works: the orchestra used comes across as being somewhat too large and too busy, the instrumentation detracting from, rather than subtly supporting in terms of balance or in commentary, a vocal line that, in frequent recourse to arching phrases and the constant reaching for the apex of a line, tends to become predictable no matter what Milton was imagining. Only the closing minutes offer any genuine sense of word- and mood-setting, but even here a seemingly not wholly absorbed influence from the final pages of Richard Strauss’s ‘Im Abendrot’ (Four Last Songs) suggested a composer not fully inspired by the quality of her chosen text. It is though impossible to imagine a finer account than we heard on this occasion.

Elgar’s early Froissart Overture (1890, his first work for orchestra) is more of a symphonic poem – akin in essence to In the South rather than Cockaigne – and because he at this point in his career did not risk the comparison (also with Strauss, though it is unlikely he was aware of that composer’s virtually contemporaneous works), following Grace Williams’s less than refined orchestration, as Stephen Johnson well said in his note: “could any other English composer [at this time] have orchestrated with such delicacy and panache?”. Probably not, but it needed a conductor and orchestra of this quality to make Elgar’s original genius shine forth.

And so the stage was set for Walton’s Second Symphony (1960), and the result was an account of considerable merit. Otaka certainly had the measure of this still-difficult work – difficult to play and also to interpret in terms of making the work come across as genuinely symphonic, rather than as a chiaroscuro of gesture and emotion. 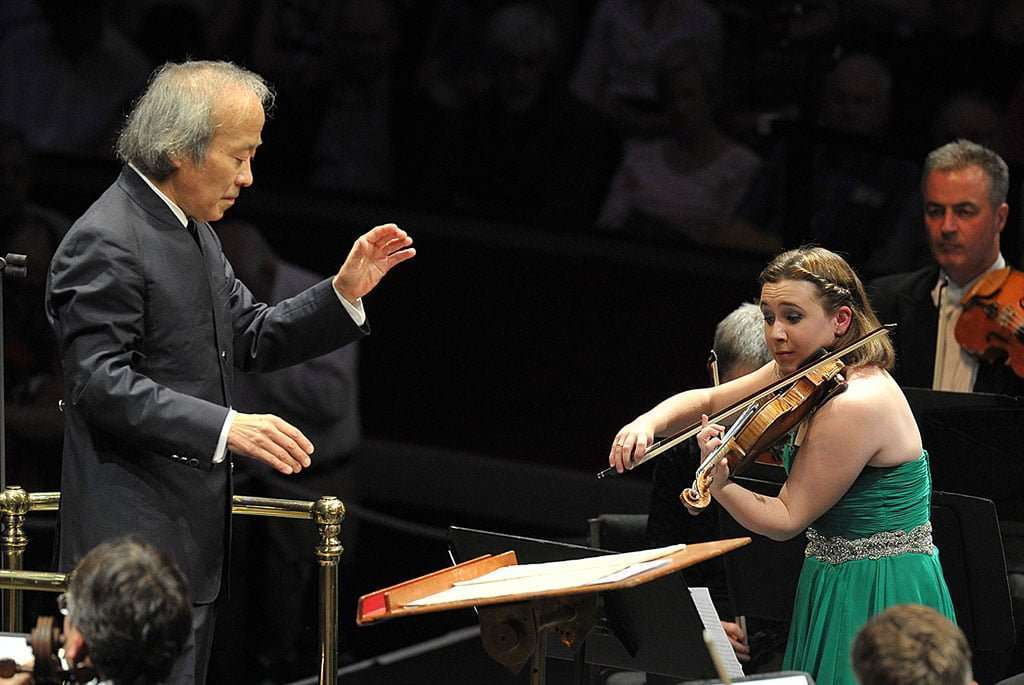 There is an underlying, almost consistent, vein of anger – as there is in the pre-war First Symphony – in the later work, but whereas the First’s ultimate steely triumph is wholly positive, in the Second the conclusion is far more hard-won, less ‘triumphant’, perhaps more damaged as the G-minor ending is fiercely rammed home, permitting no relaxation of tension.

This was Otaka’s triumph, as well as that of BBCNOW and of the composer, and there, one might feel, one should leave matters, save that many in Proms audiences do not appear to appreciate the simple fact that, when they clap unnecessarily between movements, they spoil the concentration of other listeners (in the Hall and over the air) and more importantly of the musicians as well as the overall flow of the piece. Malcolm Sargent – and Henry Wood, too, from what I’ve been told – hated inter-movement applause, and would stand, still facing the orchestra, with their left arm raised: that soon got the message across.

There are two further points, both stemming from the programme book. Throughout, it referred to Vaughan Williams’s Violin Concerto as the Concerto accademico – its original title, to be sure, but one which the composer expressly removed more than a dozen years before he died (in 1958) – which fact was also mentioned in the programme. If the composer changes the title of a work, and wishes the first to be no longer used … but for the BBC to tell us that Vaughan Williams amended the heading, at the same time as insisting on using the first one, makes one wonder what is going on.

The other matter is the startling addition of an Opus Number to the Walton Symphony – 93. Walton didn’t use such identity at any time, and as the Symphony has proceeded on its career for 55 years without such inauthentic cataloguing, who now has taken it upon themselves to add one – but not to the Spitfire Prelude and Fugue?