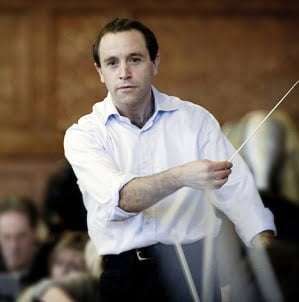 The house was at best two-thirds full but this programme certainly played to the strengths of Mark Wigglesworth, the nearly-man whose upcoming ENO tenure might just consummate all that early promise. Wigglesworth, a very fine Wagner conductor, has championed the Elgar in impressively far-flung corners of the planet. His years in charge of the BBC National Orchestra of Wales (1996-2000) are fondly remembered by those who consider rigorous orchestral discipline a prerequisite for perceptive music-making.

Granted, Wagner’s comedic Overture to ‘forbidden love’ is not the most characteristic of his early pieces. Often omitted from those CD compilations of voice-less operatic excerpts, its parent work must be Wagner’s least familiar operatic endeavour. Based on Shakespeare’s Measure for Measure, it draws unashamedly on the commercial success stories of its day with Weber, Bellini, Rossini, Auber and Hérold somewhere in the mix. To modern ears the Overture sounds like G&S. Castanets, tambourine and triangle are deployed from the start but there is a hint of Wagnerian pomp later on. The musicians seemed to be enjoying themselves and played with real flair and absolute precision. 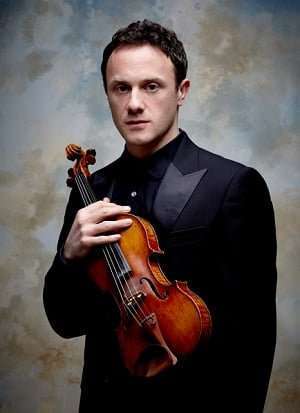 Matthew Trusler may or may not have been pleased to be making his Proms debut in William Mathias’s neglected Violin Concerto. He made a decent fist of it too, save for one patch of dodgy intonation in the first movement, also sticking up for the piece in the programme. “When you perform the core repertoire concertos the audience not only knows every note but just how they think each should be played. It’s refreshing to able to present a new work and a genuine discovery for everyone.” Hmm … the Mathias proved a long haul at around forty minutes. More worrying is its overt indebtedness to Shostakovich’s First Violin Concerto, something that went beyond the merely structural (the ear forgave the occasional traces of Bartók, Tippett and Messiaen).

Mathias’s Violin Concerto dates from 1987 to 1991, the last years of his sadly foreshortened life. If it lacks some of the focused brilliance of his Concertos for harp and for clarinet, perhaps that could scarcely be otherwise when the scale is so much larger. There are four movements and an improvisatory cadenza leading into the energetic finale. (Sound familiar?) The most personal music comes in the lamenting third movement. As in the Shostakovich, the soloist is rarely out of the spotlight. Trusler had the necessary technique – he has recorded Korngold’s Violin Concerto after all – but Mathias’s very real talent was most obvious in the way he created a hauntingly individual halo of sound in the orchestra without ever threatening to overwhelm the violin. In the absence of more memorable thematic material, the reliance on octatonic scales and generic passage work did begin to pall.

Orchestra and conductor felt completely secure in the Elgar. Almost too much so. There was an element of rigidity in Wigglesworth’s conception which, after Vasily Petrenko’s angular and unsettled account of the Second Symphony last week at this address, seemed less innovative though more obviously idiomatic. Wigglesworth has spoken of the piece as one which “reflects amazingly the time, 1907-08, when Britain was losing its confidence … There’s a wonderful, almost ambiguous triumph at the end, which suggests it might not all be plain sailing.” That said, his relatively swift, utterly cogent way of directing it (without a score incidentally) does not in truth highlight the disquiet beneath, as Sir Colin Davis’s more rhapsodic approach was wont to do, instead binding everything together in a logical arc.

While the sound was built up grandly from the lower registers of the orchestra, the climaxes powerful enough, the most memorable aspect of the performance came with the polish of the woodwinds and the real hush obtained as the slow movement reached its extraordinary end. No London orchestra could have been crisper or more articulate, although one might have wished for more vision … and a quieter audience.