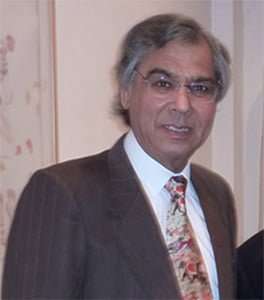 Colin Anderson writes… Naresh Sohal’s The Cosmic Dance (2012-13) has been inspired by the Big Bang. It is, says the composer, “my own musical account of the phenomenon of the Creation”. For all that he has given the seven sections titles…

Written for a large orchestra, extravagant is another word, including alto flute, several members of the clarinet family, alto saxophone, horns a plenty, pairs of contrabassoons, tubas, harps and synthesisers, and enough percussion for five persons plus timpanist, The Cosmic Dance is at times over-scored and also short of musical substance, each section too similar to the previous one, and having breaks between them dissipated what little tension there was (latecomers’ hubbub doing the rest).

Starting in near-nothingness (as do subsequent sections), some perky ideas emerged initially, then some tinkles and strums, and lots of differently pitched drums. Add in stentorian brass, solos for alto flute, sax, cello and violin, and that’s pretty much it – a meeting of Holst, Havergal Brian’s Gothic Symphony, Vaughan Williams’s Sinfonia Antartica [sic] – and not just because of the wind machine – and the soundtrack for any Indiana Jones movie. Delius’s Song of the High Hills came to mind as well. Which is not to say that Sohal had any of this in view, but that’s what was suggested to someone who knows the repertoire (modestly put!). Let me not make an issue of this. At any one point the sounds (and I use the word advisedly) are agreeable, but there is a similarity to each movement – rather like wearing a new suit for each of seven days but cut from very similar cloth – so that only a march idea (gnarled enough to suggest Peter Maxwell Davies protesting against war, as in his Ninth Symphony) and a frivolous waltz that Shostakovich might have used in a film score are now retained in the memory. But, there’s little effect, the overall feeling being neither hostility nor enthusiasm towards Sohal’s creation (so to speak), more the simple wonderment that The Cosmic Dance lasted 52 minutes with so little to show for the time spent.

A couple of hours earlier, the “Proms Plus” Composer Portrait had introduced Naresh Sohal (born 1939) as an agreeable and humorous gentleman in conversation with the probing, quick-to-react Andrew McGregor. It was interesting to learn of Sohal’s background in a place, the village of Harsipand (in the Punjab), where western classical music was all but unknown although rock and roll did have some countenance. His writing of marches and waltzes for military band was a way in to a world of music that had not reached the area, and at some stage Beethoven’s ‘Eroica’ Symphony made a significant impression; I believe Mr Sohal made reference to his arranging the ‘Funeral March’ for said military band. As for the music, played with real accomplishment by students from the RCM, it was intriguing that all the works were excerpted from. What we heard from Chiaroscuro II was of wisps of sound and percussive tapping, a fantasia of sound (that word again) and potentially descriptive. From String Quartet No.3 the drones and a certain expressive sway proved engaging but the pay-off bars seemed cursory. As for the song (a shame not to hear the tabla that is involved in other parts of this Gitanjali cycle), this setting of Tagore had a compelling yearning intensity that also showcased Anna Rajah (joining the string quartet) very favourably. 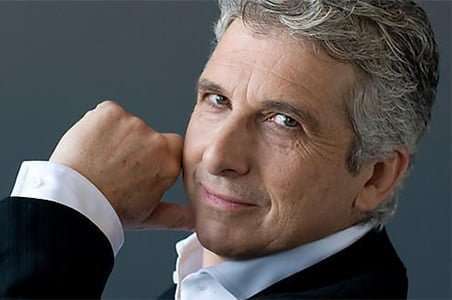 Kevin Rogers writes… Nikolai Lugansky offered Rachmaninov’s Third Piano Concerto at a BBC Prom back in 2008, when all five of the composer’s pieces for piano and orchestra were presented. A work which can excite and raise the hairs on one’s skin with its weeping and stirring Romantic gestures, this account found the pianist in imperious and scintillating form, if a little clinical at times. The disappointment came in the accompaniment, sometimes uncertain and certainly foggy, violas and cellos difficult to hear and some woodwind passages were swallowed up, yet fortissimos could be brash. Despite Lugansky’s skill, polish and virtuosity, only a partial view was presented of what this music is capable of. Disconnected changes of tempo in the finale rather undid it. For the record: Lugansky chose the shorter of the two first-movement cadenzas that Rachmaninov wrote.

Following the second interval, Tchaikovsky’s Fifth Symphony became the late-night Prom and was also rather character-less, during which blaring brass-dominated fortissimos only made things worse. Peter Oundjian (RSNO’s music director, applicable from the season just gone) presided over an episodic, rather limp reading. There was some fine individual playing, from bassoonist and principal horn, of some beauty, in fact, but overall there was an ordinariness here that simply gave us ‘another’ Tchaikovsky 5, one with little sense of journey or individual illumination.