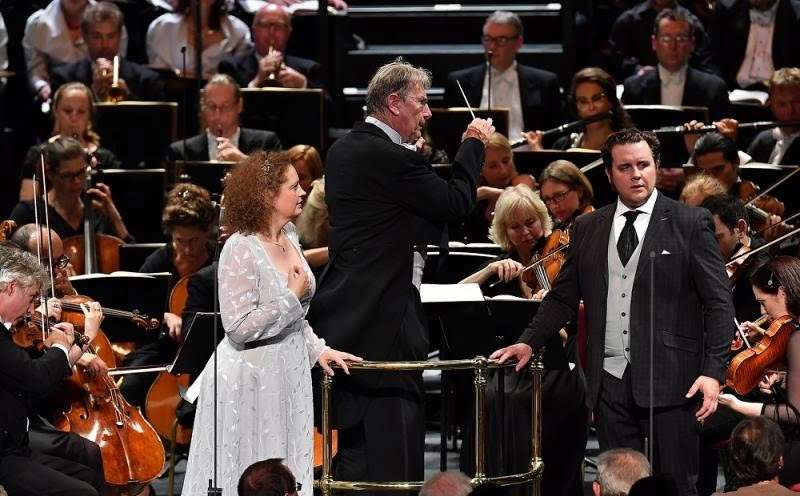 The Faust legend is one of those stories that, since the Renaissance, has never stopped giving. Of its various musical manifestations, including those by Gounod, Boito, Mahler and Busoni, Berlioz’s La Damnation de Faust is the one that really runs with it for our modern, individualist times. Goethe’s introspective hero is vastly and Gallically over-romanticised in Berlioz’s treatment, but in his typically non-conformist, uneven score, he has created a Faust one can identify with, and Sir John Eliot Gardiner, continuing his Proms Berlioz series, could not have made it clearer that Berlioz considered his Damnation of Faust as an opéra de concert in this vividly imagined performance.

The only thing I missed from the Orchestre Révolutionnaire et Romantique was a swooning, luminous string sound that can give the music ecstasy lift-off, although the lower strings got near it, including a most beautiful viola solo in Marguerite’s ‘Le roi de Thulé’. In very other respect, the ORR, replete with six harps for Marguerite’s celestial reception and two ophicleides (the tuba precursor), surpassed itself in shading in the transparency, colour and detail of Berlioz’s epic fantasy. Rhythmically, Gardiner’s control verged on the obsessive, and he wasn’t reticent about giving the grandiloquent moments their head.

The orchestral ‘lollipops’ – ‘Hungarian March’, ‘Dance of the Sylphs’, ‘Minuet of the Will-o’-the-Wisps’ – sprang naturally from the drama, and the ‘Ride to the Abyss’ really delivered the hellish goods, with trombone and ophicleide rasps and honks ramping up the malice.The rapport between orchestra and chorus was very close, and the three choirs assumed the roles of soldiers, pilgrims, students and ghouls with disarming ease – the Trinity Boys reproduced an impressively raucous, Italianate sound for a group of praying peasants, and the braying students were spectacularly lumpen in their drunken Fugue. 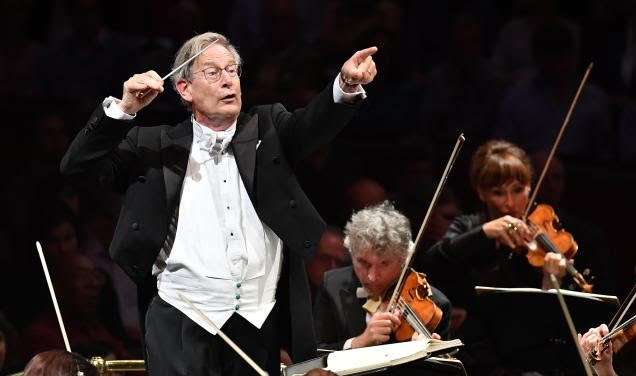 This was a concert staging that left the soloists – all four of them singing from memory – enough room to interact and make audience contact convincingly, thus giving more weight to the ensembles, which in general are not as strong as the solos. Michael Spyres was on top form as Faust. His tenor has all the necessary substance, range and penetration for the role, and he husbands it with stylish musicality and Berlioz-style ardour. He encompassed Faust’s lofty hope and despair, and he was every inch the isolated romantic hero in his magnificent singing of ‘Nature immense’. As his nemesis, Laurent Naouri’s agile Méphistophélès got to the core of the work’s irrepressible theatricality in a performance crackling with mockery, seduction and menace. His lithe baritone filled the role with the sort of detail and personality that would have been buried by a heavier, blacker voice. He ensured that the evening was as far removed from static oratorio as it is possible to get.

Ann Hallenberg endowed Marguerite with a passive, pre-Raphaelite vulnerability and was at her refined best in the despair of ‘D’amour l’ardente flamme’, its effect compounded by the cor anglais obbligato playing just behind her, like a wraith. Somehow Ashley Riches, surrounded by sozzled students, managed to inject even more beery swagger and fun into Brander’s song. While there’s no doubt that the Devil gets the best tunes in this Damnation, I do love a harp-rippling apotheosis, and Gardiner and his celestial chorus and orchestra delivered it with style – Berlioz’s, definitely not Goethe’s. And it looks as though the surtitles provided for Khovanshchina might have been a one-off.