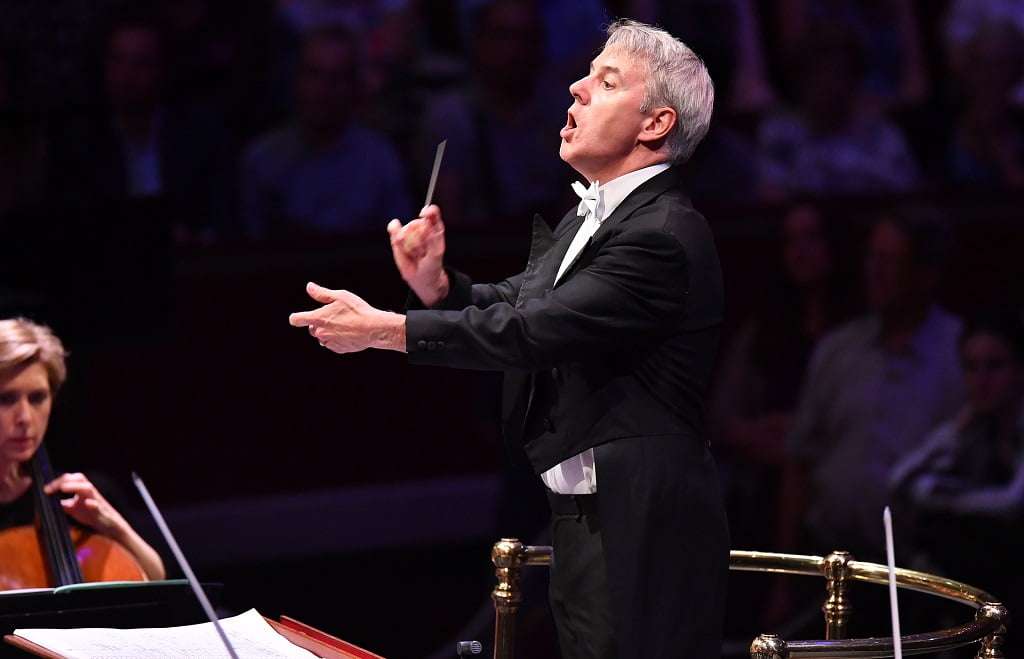 Thea Musgrave turned ninety on May 27, and she looked on very good form when she took a bow for Phoenix Rising (premiered in 1998 by the BBCSO and Andrew Davis). A Nadia Boulanger protégée, Edinburgh-born Musgrave has lived nearly half her life in the United States, combining composing with a university career. Inevitably, and, probably to her advantage, she now isn’t identified so strongly as a British composer, although, as Phoenix Rising proves, her music still has an unmistakable northern flavour.

She takes the frankly over-worked darkness-to-light theme as a vehicle for a work that often seems like a concerto for orchestra, with strong roles for timpani (darkness), horn (the fabulous phoenix) and cor anglais (which adds a Peter Maxwell Davies-style distance to the opening miasma of desolation and beautifully played by Alison Teale). Otherwise, the piece is strongly melodic and tonal, although there is some rather laboured music-theatre business involving the horn protagonist (Martin Owen on eloquent, combative form) moving from the edge of the platform into the orchestral circle to eject timpanist Antoine Bedewi, and there are moments of high drama when the brass section stands to emphasise its dramatic point. The sound, horn especially, is often inescapably Mahlerian (from Symphonies 6 and 7), and overall the BBCSO realised the flair of Musgrave’s finely tuned writing that is the music itself, graphically lucid but it doesn’t leave a visual impression. 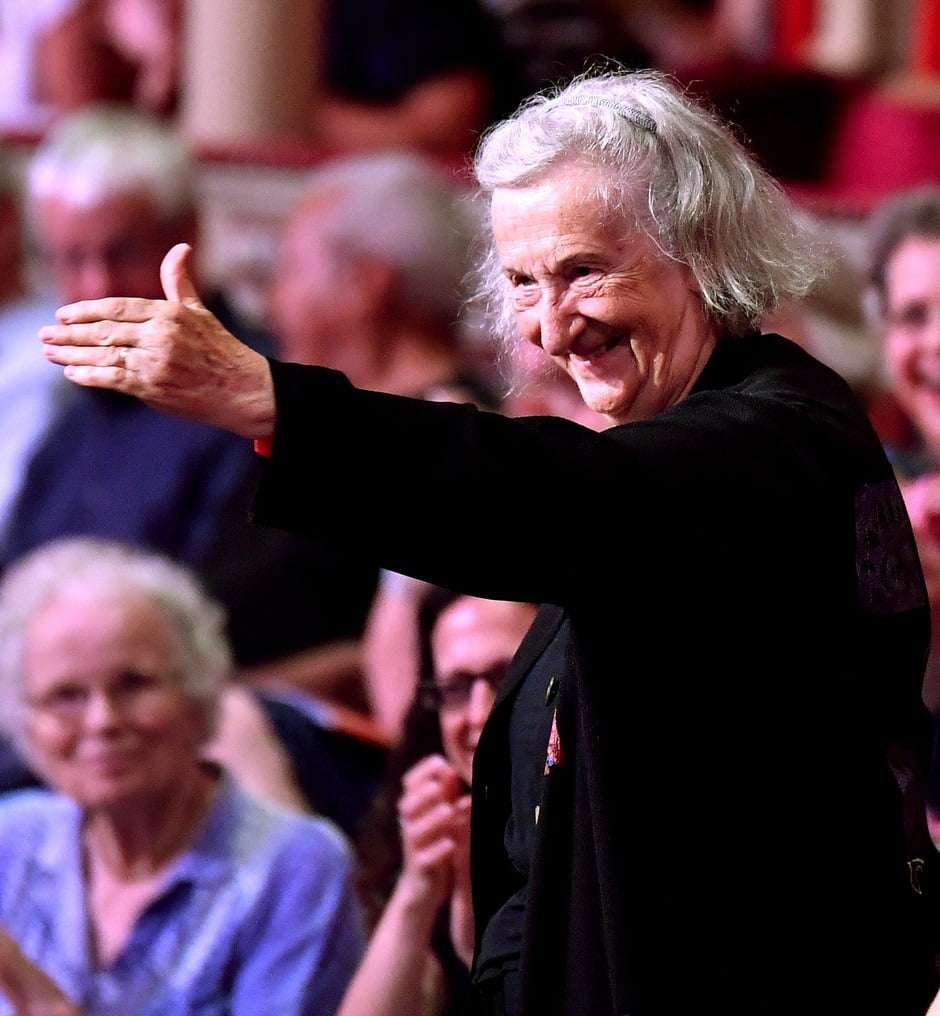 Opera North’s former music director Richard Farnes went on to lead a lovingly crafted, spiritually cohesive account of Brahms’s German Requiem. He had considered calling it A Human Requiem, which rather makes clear his thoughts on the pomp, terror and longing for redemption that loom large in nineteenth-century settings of the Roman Catholic Requiem Mass. Ironically, though, the work that gets closest to Brahms’s preoccupation with tenderness, regret and sympathy for those who mourn is probably Fauré’s equally restrained Requiem.

Farnes took the German component of Brahms’s title to heart in a reading that became a compendium of a style and mind-set that Brahms knew inside-out, from Baroque counterpoint in the choral fugues, Beethovenian muscle, Mozartean clarity, right up to the song-like ethos of German romanticism. The BBC Symphony Chorus, impeccably coached by Neil Ferris, fielded twice as many women’s voice to the men’s, giving the sound, in the many ultra-quiet passages, a heavenly transparency, sometimes at the expense of the tenors who tended to go out of focus in their high music but anchored by the basses. 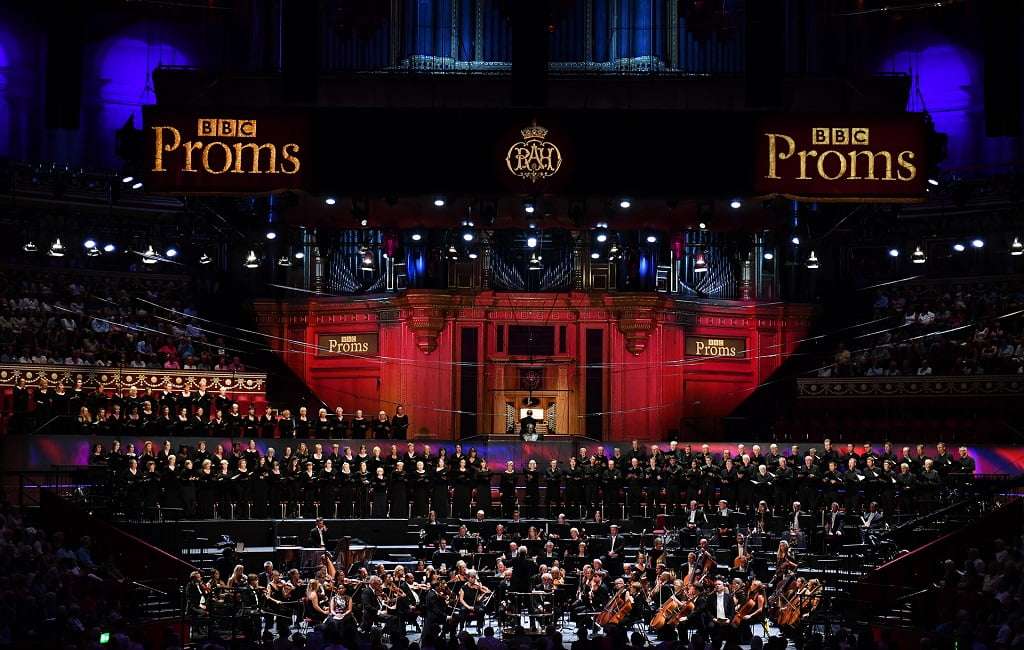 The human element was there from the start in the airy folds of singing in the opening ‘Blessed are they that mourn’, gathering a remote greyness of tone in Farnes’s insistent, forceful account of ‘For all flesh is as grass’. Johan Reuter’s two solos had instant connection, bringing beauty of tone and consolation of sorts to ‘Lord, make me know my end’, while Golda Schultz expanded ‘And ye now therefore have sorrow’ with a warm seraphic glow and a magical spin to some barely audible pianissimos. The sequence of New and Old Testament texts rotated round a haunting account of ‘How amiable are thy tabernacles’ of superlative orchestral and choral delicacy, which confirmed the mobility and generosity of Farnes’s direction.