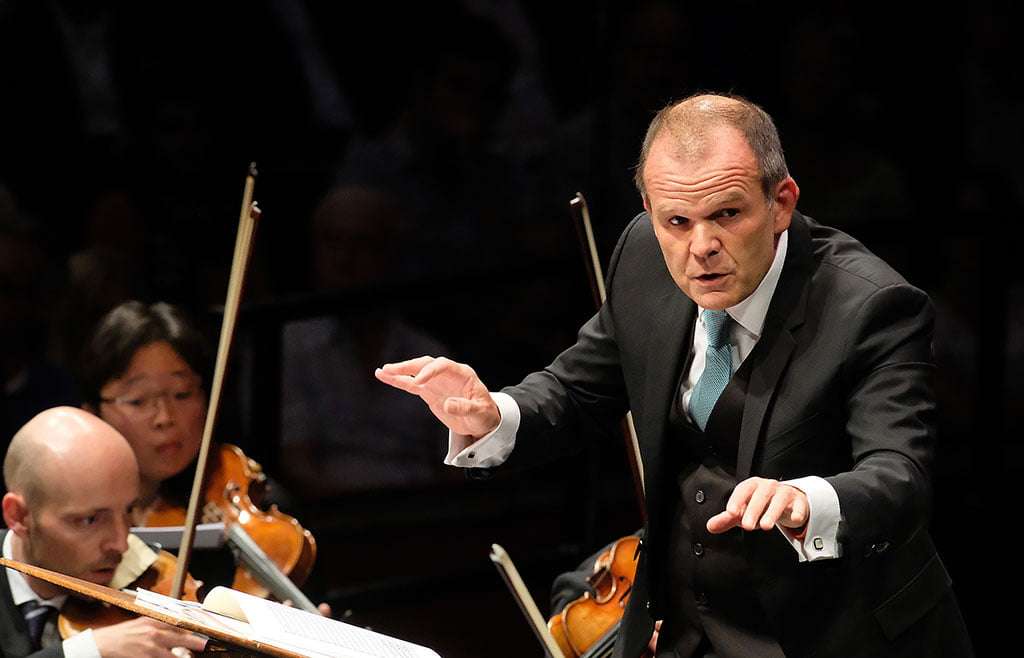 The musicians of Les Siècles pride themselves on having an instrument for every occasion, something commensurate with the timbres of the era that a piece was written, and there were some novel, lovely and pertinent sounds to be heard during this appetising Prom of French music from the second half of the nineteenth-century, looking to the East for inspiration; and what a great way to start, with Camille Saint-Saëns’s Overture to The Yellow Princess (an opéra comique), pure pleasure in its exotic contours, dreamy lyricism and exhilarating joie de vivre, a gem, and an ‘earworm’ par excellence.

What followed was just as good, also full of Eastern Promise, François-Xavier Roth (who founded Les Siècles in 2003) enthusiastic for this delightful music, his conducting alert and devoted throughout, whether in the charms of the ballet music from Delibes’s set-in-British-India opera Lakmé – slinky, earthy, coloured by crotales, tripping lightly, always alluring, and with 1001 dancing notes from oboist Hélène Mourot – or the equally tuneful and vivid enchantment of selections from Lalo’s ballet-score Namouna (enticing enough to have taken greats like Ansermet and Martinon into the recording studio to share it with us). Namouna is music of atmosphere, radiance, swagger, caprice and tenderness, played with panache and belief, and a word for Fabien Norbert’s deft trumpet articulation, Marion Ralincourt’s pirouetting flute, and some crisp and distinctive-sounding percussion.

In addition to a long lifetime in music, whether composing it or playing the piano to concert standard, Saint-Saëns had numerous other interests, including travelling. Some of the sights and sounds from one such trip found their way into his ‘Egyptian’ Concerto (if not the mobile phone that here intruded during a quiet moment). Cédric Tiberghien performed on a Bechstein – a considerate and glowing instrument and therefore commensurate with Les Siècles – which he played with integrity and delicacy, and bravura when required, yielding one of the finest balances between a piano and an orchestra I have heard in while (and Les Siècles is a model of clarity across the range anyway). This is music of tune-inspiring outdoors, silhouettes, sunshine, moonlight, highways and byways, and of seduction and scintillation. Maybe this account of it emphasised the languid aspects of the music just a little too much, if full of fantasy, but there was no doubting the bouncy energy of the Finale – or the Bechstein’s bass power, not forced by Tiberghien – akin to an express train hurtling through the countryside if still with time to catch the scenery, or maybe galloping horses is the better imagery. 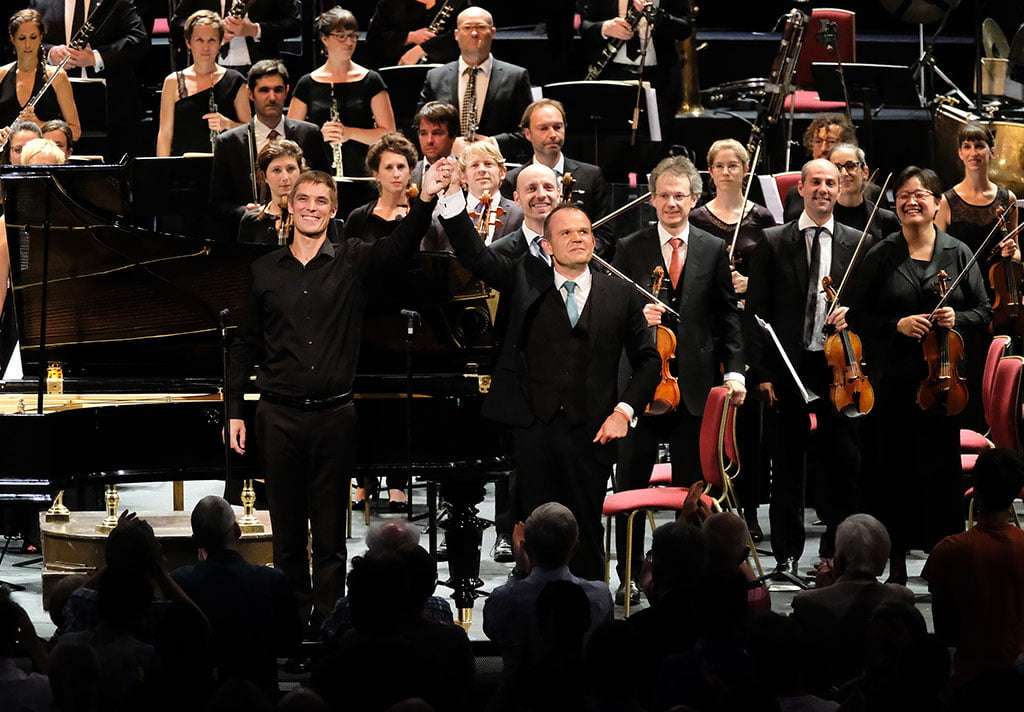 Although he wasn’t finished for the night, Tiberghien uncorked his encore now to send us into the interval, ‘La puerta del vino’, the third of Debussy’s Book II Préludes, which needs attack and languor and received both as the habanera rhythm increasingly worked its magic.

When we had returned Tiberghien remained on hand to play the piano part in César Franck’s Les Djinns (mythical winged genies), composed to a Victor Hugo poem. “A grey sea … a distant sound is heard approaching … the sepulchral voice of the Djinns … I hear the cries of hell … Prophet … save me!” (taken from Franck’s paraphrase of the poem). Franck, Belgian-born who took French citizenship, is sometimes portrayed as an academic composer, yet the D-minor Symphony, Symphonic Variations (also piano and orchestra) and the Violin Sonata are contrary to such a dismissive attitude. Les Djinns is music that subscribes to menace; it is sinister and urgent, and graphic and highly-charged (even in the quieter, more reflective passages). This is Franck in Mephistophelean mode, Liszt at his shoulder, but he’s also his own recognisable man; Les Djinns is a brilliant piece heard here in a gripping performance, Tiberghien first among equals and not drawing attention away from the primed orchestra.

The concert ended in party mood, the ‘Bacchanale’ from Saint-Saëns’s opera Samson and Delilah, journeying from sultry seductiveness to drinks-all-round excitement, via chiselled rhythms and come-hither melodies, and with something saved for the riotous closing stages (the temple of Dagon crashing down) fuelled by horns and timpani.

Throughout this Prom, the Royal Albert Hall had been very sympathetic to the sounds it must have recognised from its just-built days, these distinct timbres carrying effortlessly; and then Les Siècles, as chameleon-like as any ensemble, turned itself into a Latin-American band for ‘Get Lucky’ by the Daft Punk duo (French) featuring and co-written with Pharrell Williams and arranged for Les Siècles by the conductor’s son Felix. In a couple of weeks Roth senior becomes principal guest conductor of the LSO; long may he continue to revive the repertoire; indeed this Prom was a djinns-and-tonic of a concert, served up fresh and fizzing.