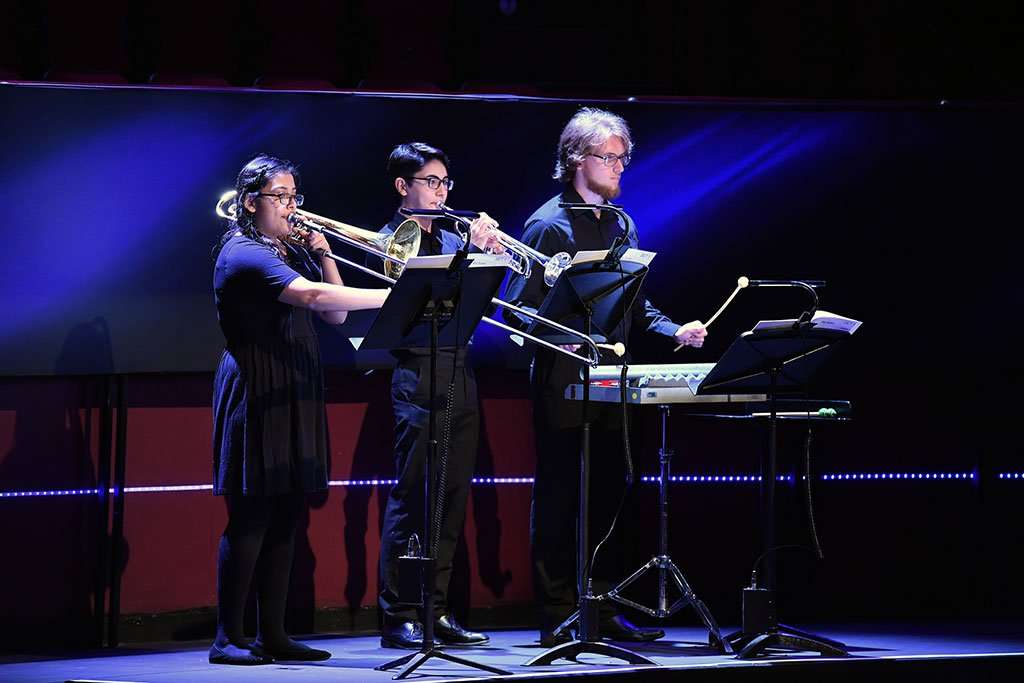 There were more than the usual stage changes, necessitating the removal of five sets of seats around the stalls, to prepare for Bang on a Can’s thirtieth-anniversary Prom. This was only the New York ensemble’s second Proms performance, this birthday celebration opened with a new work, commissioned from Bang’s founder Michael Gordon especially for the Proms Youth Ensemble, New York’s finest and the Royal Albert Hall. Appositely, it’s entitled Big Space, and requiring Rumon Gamba to be placed on a raised platform in the middle of the Arena to keep nine instrumental stations together.

In addition to the six members that currently make up Bang on the Royal Albert Hall stage (sound-engineer Andrew Cotton was at the back of the Arena), there were eight satellite groups – each containing a trio of musicians from the Proms Ensemble: a percussionist (all playing a horizontal pipe with a beater in each hand), a saxophonist or trumpeter and a bass brass instrument, whether tuba, euphonium or trombone – spread in a large circle around the Hall, with three stations across the back of the main stage and the other five in the areas from which seats had been removed. Within a constant surround-sound ebb and flow created by the ricocheting rhythms and pitches from these groups, the raucous central one held its own in a high-energy quarter-of-an-hour, pulsing and flexing in exhilarating fashion. Given the spatial lay-out of the performers, the best place to sample it was in the Arena, even encouraging David Pickard, Alan Davey and guest politician Alan Johnson to do just that. But it was also thrilling to be close to one of the trios. 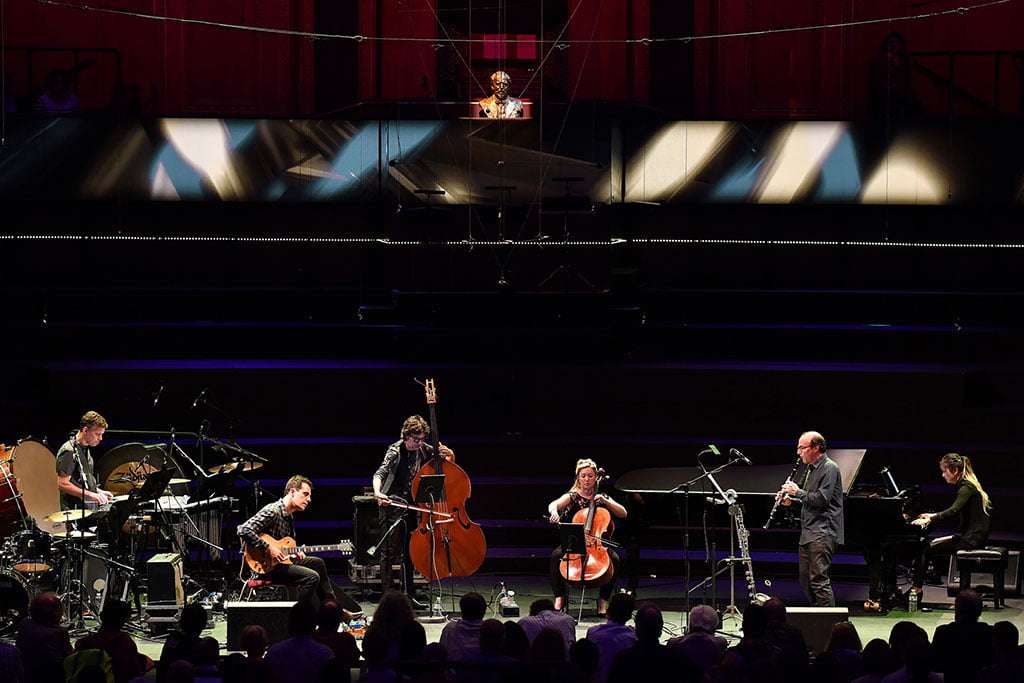 Two works by fellow-founders of Bang on a Can followed, both with specific inspirations. David Lang’s Sunray – a study essaying a transformation from a diffuse, light depiction of the rising sun to something much harder, with instrumental gear changes (notably from vibraphone to glockenspiel) – was followed by Julia Wolfe’s Big Beautiful Dark and Scary, her 2002 response to being so close to the events of ‘9/11’, at once a scream of anguish and a collective catharsis.Ken Thompson introduced that piece and the next, the final section of Philip Glass’s Glassworks – simply called ‘Closing’ – offering a soothing balm amidst the aural onslaught on either side.

The final piece was Louis Andriessen’s era-defining Workers Union which, as Thompson explained, is a score full of instructions but without specifying any exact pitches, only specifying the direction (up or down) pitches should go. The size of ensemble is also flexible so I did wonder (to start) whether the Proms Youth Ensemble might return, but its members were all comfortably arrayed around the Arena by that point. It’s a work that Bang on a Can is drawn back to again and again, and I wonder if the interpretation has become rather settled. Rising and falling intervals have become inherently ‘musical’ (I can envisage a more discordantly cacophonous rendition), in what is essentially an unremitting study in unison, but it was delivered with virtuosic panache. And as an embodiment of what Bang on a Can continues to be, it was a perfect celebration piece.