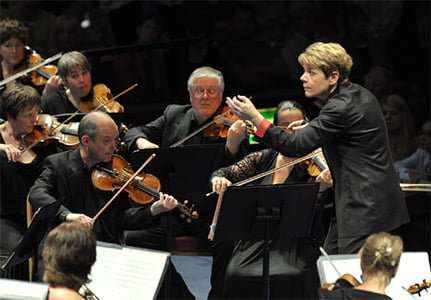 On the surface this Prom appears unremittingly doom-laden and despairing, but any performance that plumbs all the dimensions of Brahms’s A German Requiem should also find much that is consoling in it, even if not quite redemptive. For some, no doubt, the more galling aspect of this Prom will have been the fact that a ‘period’ ensemble should be involved. Whatever case there may be for paring down and elucidating Schumann’s and Brahms’s orchestral textures, any performance surely has to demonstrate that it is up to the challenge of realising the emotional and intellectual depths of their highly-wrought scores. In their own way, these performances achieved that.

Marin Alsop charted the programme as two distinct halves which, nevertheless, were complementary and created a satisfactory unity. It was as though the catastrophe and tragedy of death was confined to the first half in the two works focussed on D minor, leaving the Requiem, centred on the relative major, F, to find comfort and resignation in the second half.

After the violent gesture of the two opening chords of Brahms’s Tragic Overture, the essentially judicious tempo allowed the tragedy of the work to unfold with implacable vigour. The lack of rubato engendered visceral force, although this facet rather caused the slower development to suffer through insufficient contrast. The horn was slightly ropy too in the passionate build-up to the second subject. 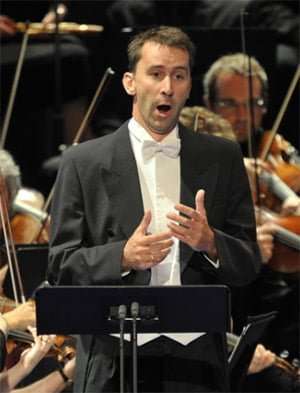 Alsop’s interpretation of Schumann’s Symphony No.4 (in its second version) was similarly tempestuous and blustery. Where the violins’ quaver motif in the slow introduction can be wearied, here it was restless and probing, leading inexorably into the faster main section. Determination of purpose ensued throughout much of the performance though without rising to the majestic, except in the transition to the finale, where an almost Brucknerian grandeur was glimpsed. This was the prelude to a robust last movement, though the jaunty, dance-like manner of the second subject was a little vulgar in context. Despite that, and some unfocussed or thin playing in the strings (such as in the scherzo’s first trio or the major-key episode of the slow movement), an impression of considerable power prevailed.

Serenity and humanity characterised Brahms’s Requiem. After the sobbing crotchet pulse at its grieving opening and some mournful colours from the horns, the chorus offered hope and compassion before working up to a moving exclamation of “werden mit Freuden ernten” (they shall reap with joy). If the steady and serious approach to the minor-key section of “Denn alles Fleisch” was not particularly threatening, it was at least consistent with the overall consoling nature of this reading, and found its logical outcome with the spirited articulation of the fugato subject on “Aber des Herrn Wort bleibet in Ewigkeit”. Similarly the huge fugue on “Der Gerechten Seelen sind in Gottes Hand” over the long pedal note on D pursued a settled course and did not overwhelm. 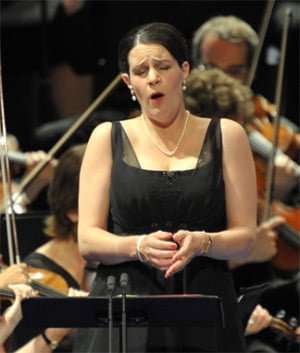 Henk Neven was a characterful but slender solo baritone. He sang ‘Herr, lehre doch mich’ as though with a nervous quiver, which made dramatic sense, but a more authoritative voice would have been preferable in the dialogue with the chorus announcing the last trumpet in the sixth movement. He was a little strained in his higher register too. Rachel Harnisch’s singing of ‘Ihr habt nun Traurigkeit’ formed the emotional core of the Requiem, inflecting her line with tenderness and control over the recessed, softer sound of the chorus.

The more clearly delineated sounds of the ‘period’ instruments offered mixed rewards. Some rasping from the brass disturbed the mellow glow of the first movement, but was not a problem in the final one. Indeed the trombones accompanying “Ja, der Geist spricht” in the latter were hauntingly solemn. At other moments there were telling snatches of colour, for instance a yearning clarinet and bassoon in the fifth movement, underlining Harnisch’s contribution. The chorus also was fully alert to bringing out the nuances of the Scriptural texts and demonstrating the inspiration Brahms drew from German choral traditions stretching back to Schütz. Whatever the expressive limitations these instruments may have imposed (as some would see it), these renditions were moving and cast some striking angles on these magnificent works.