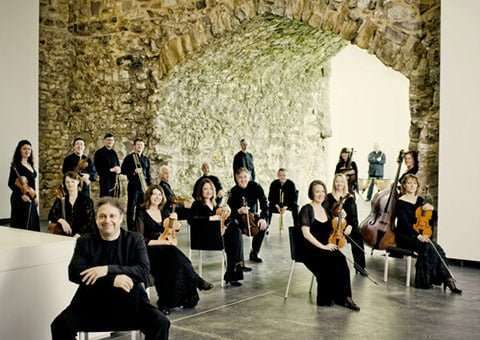 This late-night Bach Prom could have been designed to refute recent media reports of intimidating or poorly-behaved, noisy audiences and our diminishing powers of concentration hastened by electronic gadget dependency. The BBC Singers and the Academy of Ancient Music could not have performed to a more attentive (and large) audience, entirely absorbed in the music’s spiritual and meditative energy.

The two choral works show J. S. Bach loosening the stays of Lutheran rigour in large-scale settings of the Latin Mass and Magnificat. The Mass in G minor (something of a misnomer in that only the ‘Kyrie’ and ‘Gloria’ are set) has been regarded as second-hand Bach, since the composer recycles music from his Cantatas. But that counted for nothing when confronted with the brooding, stature-proclaiming opening of the ‘Kyrie’. It also made clear two factors – the forces involved (about 30 singers and 40 instrumentalists) derived a surprising bloom and clarity from the Royal Albert Hall acoustic; and all three works were eminently danceable – something that Bach specialists continue to emphasise and which is a natural fit for the BBC Singers’ chief conductor David Hill. Whether grave or gay, dance simply radiated out of his conducting.

The AAM’s lightness of attack was exhilarating, the strings’ volatile sheen upping the expressive ante no end and providing a luminous backdrop for Frank de Bruine’s ethereally pastoral oboe obbligato (which he played standing up) in the “Qui tollis” section of the ‘Gloria’, which circled round Nicky Spence’s disarmingly tender, Italianate and challenging aria. Earlier Roderick Williams had delivered a liquidly phrased “Gratias agimus”, establishing a quasi-operatic engagement that Iestyn Davies explored further in the “Domini filii” section. I am still under the spell of his Davies’s David in Glyndebourne’s Saul, and this intense music is in a similar league. The ballast of his lower range and moments of hall-filling volume are impressive enough, but it is the intimacy and chaste sensuality of his voice that consistently hook you.Completing the dream-team line-up, the BBC Singers were on stylistic and nimble top form. Hill gave his choir the freedom it needed for transparency of voicing and awesome agility. He regulated the interplay of singers and players perfectly, and I especially admired the way the AAM illuminated the vocal solos. 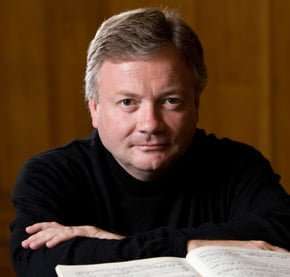 Hill left the AAM to its own devices for the Second Brandenburg Concerto, the forces reduced to the four soloists and seven one-to-a-part accompanists, all those who could playing standing up. The elasticity and in-depth phasing of ensemble was exceptional, and its immediacy sounded enhanced by the Hall’s space. David Blackadder’s baroque-trumpet role was deliriously, vertiginously virtuosic in the outer movements, and Pavlo Beznosiuk, Robert Ehrlich and Frank de Bruine eloquently played up the conversational subtlety of the Andante, expertly animated by Sarah McMahon’s discreet cello obbligato.

Trumpets and drums gave a clue to the celebratory nature of the Magnificat in a performance that reminded you of what a testing work this is but which went way beyond mere brilliance. The sequence of solos and ensembles projected a powerful, operatic narrative, which Sophie Bevan radiantly exposed in the repeated “Ecce” (Behold) of the ‘Quia respexit’, its seductiveness ensured by the melting oboe d’amore. Rebecca Evans released a very non-Protestant Marian devotion into her ‘Et exsultavit’, Roderick Williams (not to my ears a natural bass) added Handelian swagger to ‘Quia fecit’, Nicky Spence floored us with the drama of ‘Deposuit potentes’, and Iestyn Davies secured the plangent lyricism of the ‘Suscepit Israel’ trio. The BBC Singers supplied endless reserves of character and articulation, and the process of numinous lift-off was completed by the strong sense of momentum and direction from David Hill and the AAM. At the end, the chap sitting next to me said, “That was just astonishing”. Who am I to argue?