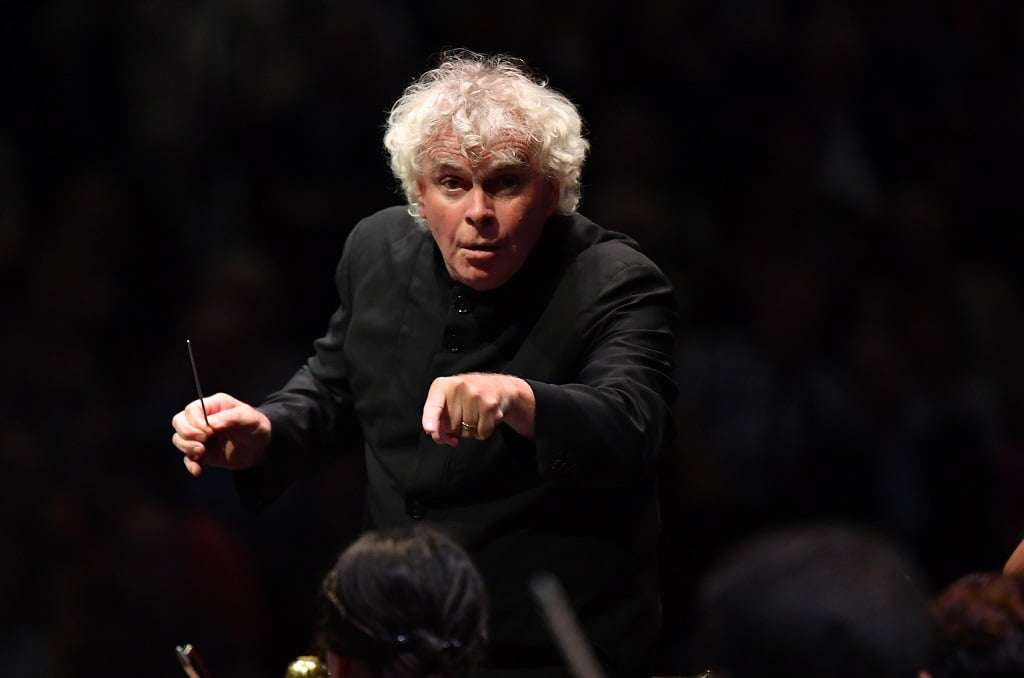 The LSO has been a ‘natural’ for Ravel since the veteran Pierre Monteux made the ensemble feel like an international orchestra. Taking up the post of principal conductor in his eighties, he recorded a heartfelt account of Ma Mère l’Oye shortly before his death in 1964. Some of that stardust has returned under Sir Simon Rattle, the playing buffed to a level of excellence not always achieved in the intervening years, yet something of that indefinable naturalness has been lost along the way. Sir Simon has been conducting the works on this Proms programme for many decades (he recorded all three lately in Berlin, having previously set down Mother Goose with the CBSO). He doubtless loves them to bits and knows them inside out. If he fails to convey maximal warmth or continuity it is doubtless because his priorities lie elsewhere.

The rendering of Mother Goose (like Monteux, Rattle opted for the complete ballet version rather than the more usual five-movement Suite) was magnificent in its way, luminous and unhurried, packed with gorgeous solos and well-scrubbed textures, all conveyed under less than ideal conditions. The hot TV lights were a predictable distraction. Less so the overhead multi-coloured light-fitting that twinkled distractedly at the start, or the collar of sickly piebald-green ringing the stage. Worst of all was the racket from the less committed members of a near-capacity crowd. The attendee whose explosive bronchial intrusion led at least one listener to wonder if a cat had been ritually slain somewhere in the auditorium should be banned for life. The LSO seemed unfazed but the music’s emotional trajectory was short-circuited. The “amazing atmosphere” of the Proms risks becoming a mere marketing trope. 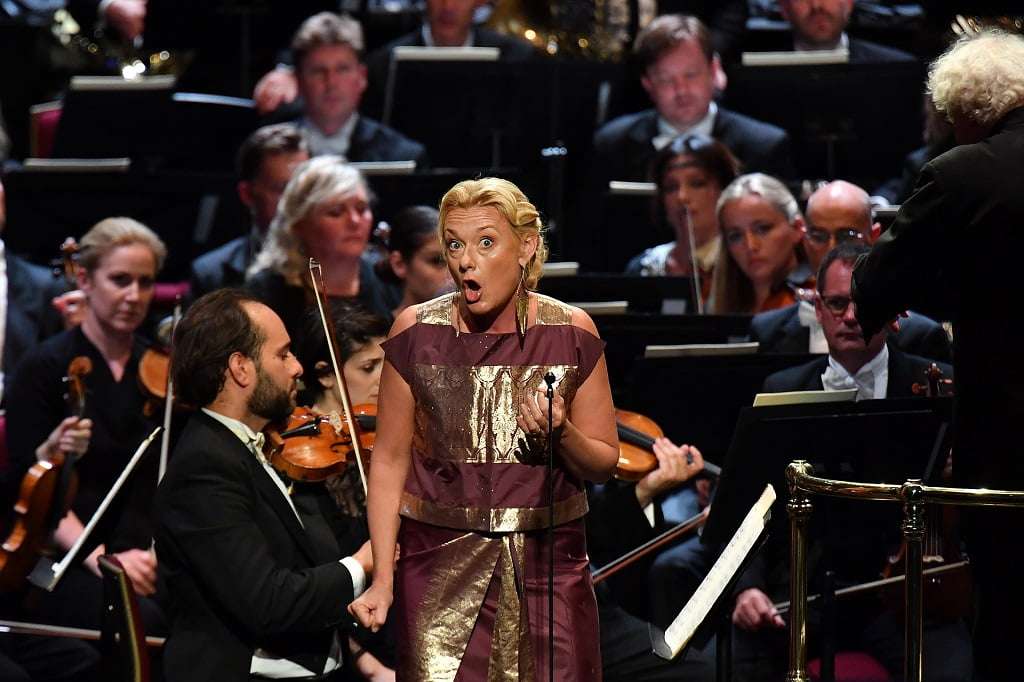 It was a similar story in Shéhérazade, a very languid conception of music that can seem to proceed more organically and with an erotic power rarely found elsewhere in Ravel’s output. Rather than risk the banality of lush Oriental generalisation, Rattle went for surgical exactitude, boosting overlooked pockets of woodwind writing while keeping the dynamics down so that Magdalena Kožená was never swamped. She may not be Jennie Tourel or Jessye Norman (the big deep voices that once dominated the lists would seem to be gone forever) but she responded fully to the texts in so far as her shallower timbre allows. The ethereal, slightly distracted air which made her such a marvellous Julietta in Martinů’s opera of that name sits less happily with the sultry poems of Tristan Klingsor. Wearing a flamboyant mix of gold and brown, she remained somehow insubstantial, a monochrome product of the Central Bureau of Dreams.

André Previn made two commercial recordings of L’Enfant et les sortilèges with the LSO and Rattle has been conducting performances since his teenage years. What could go wrong? Not much, thankfully. Even if the whirlwind tempos adopted for much of the first half of the opera brought the music closer to Stravinsky than usual, the audience appeared more receptive and settled. This concert rendering involved some limited stage movement and appropriate costuming. Kožená, transformed by her schoolboy attire, reminded us of her dramatic as well as vocal abilities. 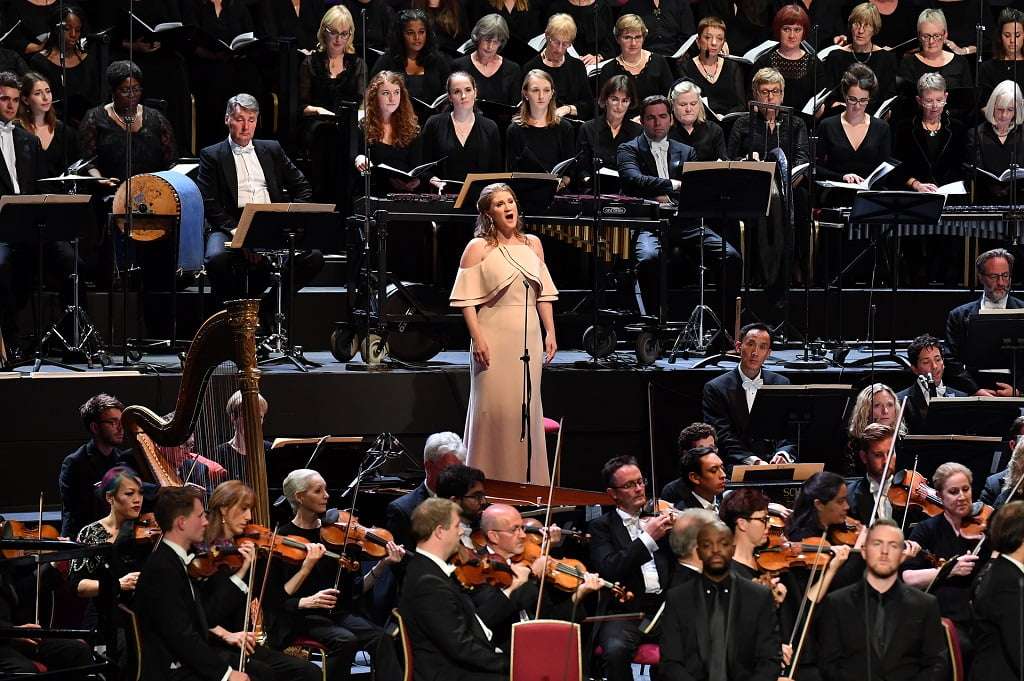 French speakers may disagree but there were no real weak links in the conspicuously cosmopolitan cast. The linguistic parody dialogue of black broken teapot and Chinese cup was ramped up to the point of political incorrectness, the foxtrot gloriously characterised. Other significant passages, like the Child’s lament for his beloved fairy-tale Princess were arguably too broad to fit in with the rest though very beautiful in their own right. The occasional extreme tempo didn’t worry me. This is the piece in which more than any other Ravel cherry-picks his idioms and again, for good or ill, Rattle chose not to equalise this with Gallic charm. The opening section in particular was brisk, almost business-like, reflecting the boredom of the protagonist rather than the tart ambiguity that results when players are having trouble just getting round the notes. There have been more touching traversals. That said, Ravel would surely have been amazed by the finesse of the LSO.

The printed programme contained texts and translation for the songs-cycle with nothing for L’Enfant. Instead surtitles were projected onto the organ case and at both ends of the logo-emblazoned canopy suspended over the performance area during Proms seasons. The venue being famously huge I’m not convinced that the attempt will have done much to assist those in more distant seats.