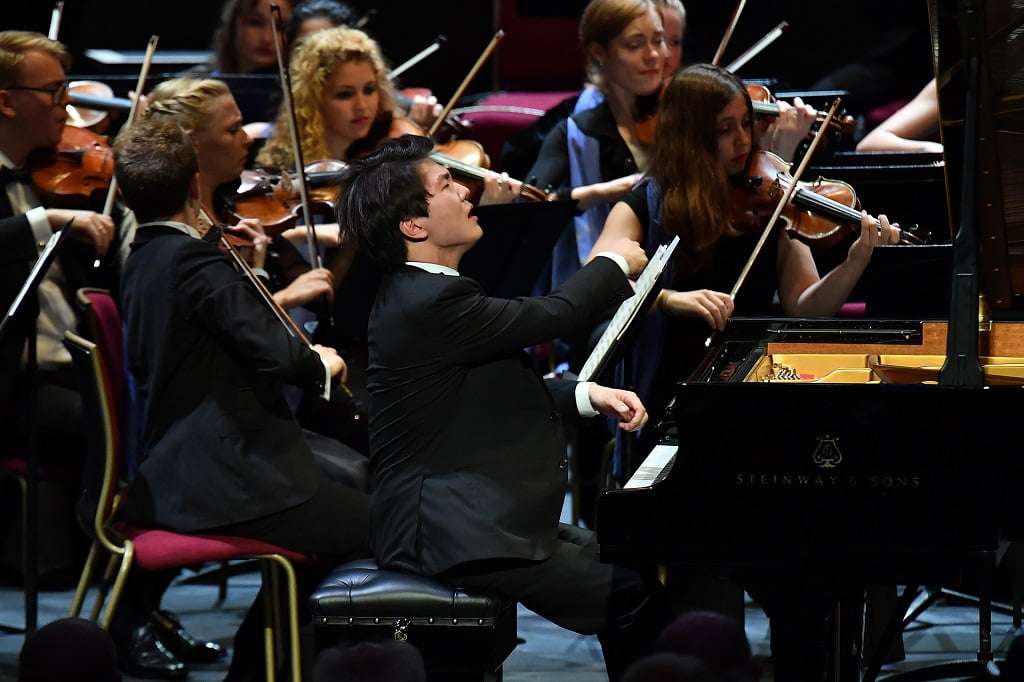 Rare, though not unheard of, are morning Proms – and this one was full – not only seats, but also a healthier-than-most in the Arena. There were Fireworks to start, in the shape of a new work, six days old (when it had been premiered in Warsaw). Composed by Agata Zubel in honour of the centenary of Polish independence, it positively exploded, popped, fizzed, simmered and glowed in a rather thrilling span of just under eight minutes, with drum-rattles to start and a plethora of rising and falling motifs crowding the detail. Nicely paced, some influences might have been in my imagination – a series of syncopated chords made me expect a shout of “Mambo” (West Side Story), and another centenary connection was Debussy’s ‘Feux d’artifice’ (Préludes, Book II) – let alone Oliver Knussen’s Flourish with Fireworks. There is a brief central slow section – Roman candles perhaps, where the chatter subsides – but the music builds to a satisfying climax to end.

I counted the twenty-eight EU flags arrayed in the organ console, giving the bust of Henry Wood a colourful aura while the piano was moved into place, musing that next time the Orchestra visits there will only be twenty-seven flags (and I hope it will return, even with no British members). For Chopin, the EUYO was much trimmed – losing six (fifty percent) of the double basses. Seong-Jin Cho is one of those young artists that ooze technical ability but – as we found out – lacked any sense of what Chopin’s music is about. With a brightly mettled Steinway, he was efficient and accurate, but had no variety to his tone, missing any mystery and poetry (especially in the slow movement). Meanwhile the EUYO proved the old adage that Chopin couldn’t write for orchestra completely wrong. Gianandrea Noseda sculpted the accompaniment and nurtured a number of loving solos. Cho compounded my view of his playing with a vacuous rendition of the A-flat Polonaise, Opus 53, as an encore, with thundering empty bravura squandering Chopin’s minutely calibrated majesty. 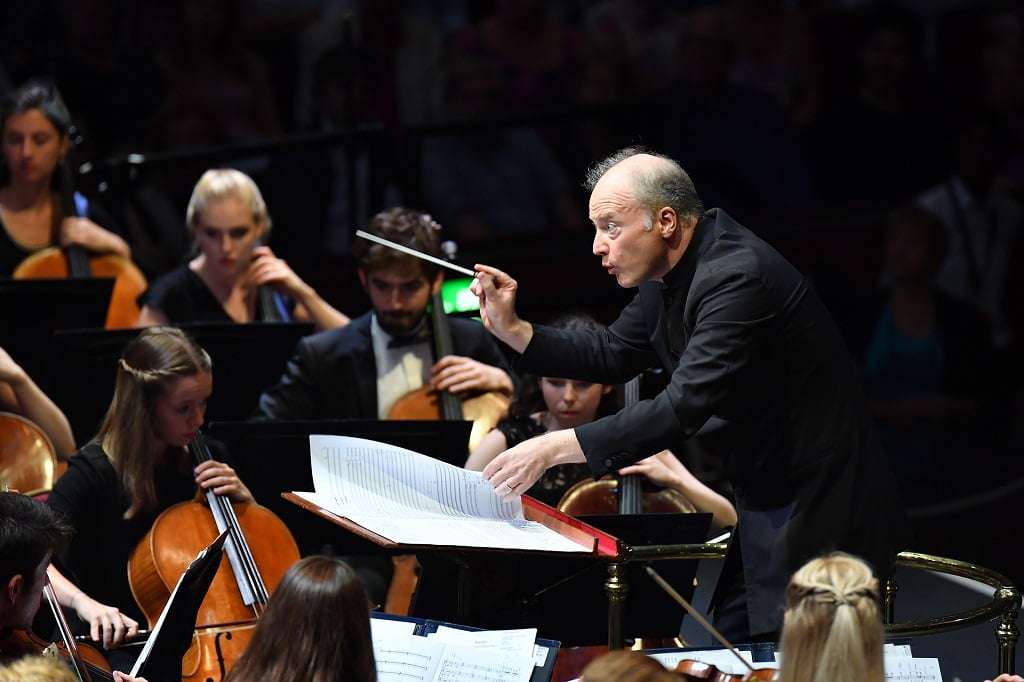 After the interval – back to twelve double basses – the EUYO responded totally to Noseda in a tremendous performance of Tchaikovsky’s Fifth Symphony. The dark opening had an appropriately brooding character and solos were taken with poise and confidence, from the silky opening clarinet to the famous horn appearance in the slow movement. Noseda carefully crafted the musical architecture so that the return of the motto theme was naturally organic, never feeling forced (as sometimes can happen), partly because of his attention to inner details. The force of nearly eighty strings in the climactic chords of the Finale had as much a physical presence as an aural one, and Tchaikovsky’s grand design was vividly presented.

This time an encore was appropriate, even if Berlioz’s ‘Hungarian March’ (from The Damnation of Faust) – admittedly played with panache – couldn’t quite emulate the high-voltage Tchaikovsky.