Strauss
Der Rosenkavalier – Comedy for music in three Acts to a libretto by Hugo von Hofmannsthal [semi-staging; sung in German with an English translation provided in the programme] 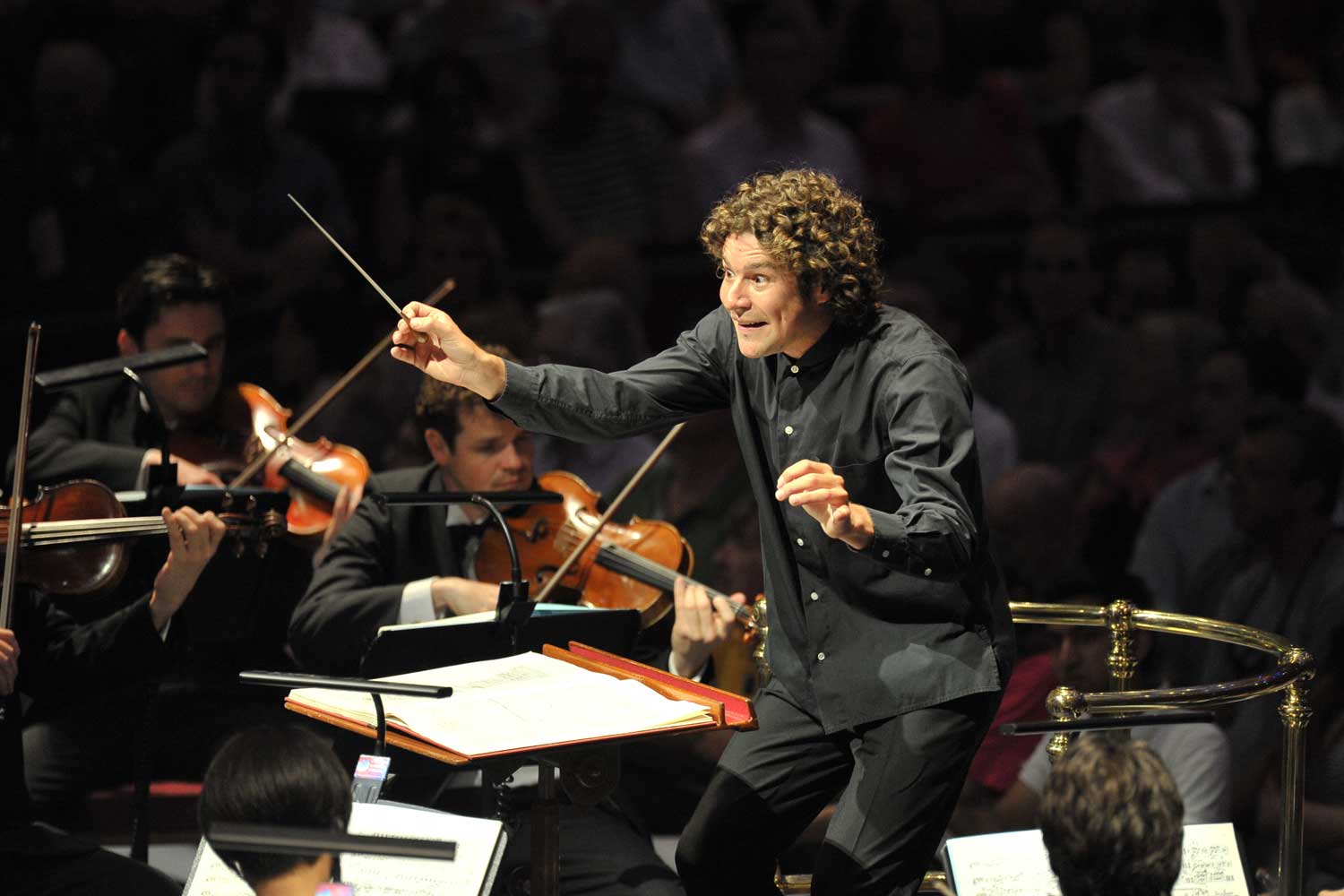 The Richard Jones brand is so well established in the opera world that even in truncated form its signature is decipherable – not bad for a staging of Der Rosenkavalier made-to-measure for Glyndebourne that read acceptably well in this Royal Albert Hall semi-staging, performed on a platform with a few props (mainly an elongated sofa) raised behind the orchestra and not exactly enhanced by semi-lighting. The projection system gave us an idea of Jones’s use of overblown retro wall-papers, his over-formal deployment of chorus suited the Hall’s awkward stage access, and the singling out of minor roles made its mark in underpinning (or undermining) the action (here the Marschallin’s non-singing black page Mohammed and Baron Ochs’s psychotic bastard son Leopold). The class differences between the Marschallin’s and Herr von Faninal’s households were rather obscured, yet, however abbreviated this staging was, Jones’s detached appraisal mysteriously and frequently got to the heart of the opera and went way beyond its waltz-based sentimentality, which got darker and more world-weary from Act to Act. Nicky Gillibrand’s wigs and costumes went the distance in vamping up the comedy.

This was the first time Glyndebourne has brought Der Rosenkavalier to the Proms, where it’s also the first time the opera has been performed in full, and whatever you thought of the presentation, musically this was a terrific performance. Energising the whole was Robin Ticciati’s conducting. His grasp of the libretto’s and the score’s almost indecent mutual dependency was complete, and fully communicated to the London Philharmonic Orchestra, which delivered the goods from the frantic tumescence of the orgasmic opening to passages of Mozartean grace. It became a problem whether to follow the printed libretto or abandon oneself to the musical wizardry – I certainly missed surtitles. Ticciati had us gripped by the detail he drew from the music’s pastiche and sudden lurches into modernism – all of which bodes well for his musical directorship at Glyndebourne. 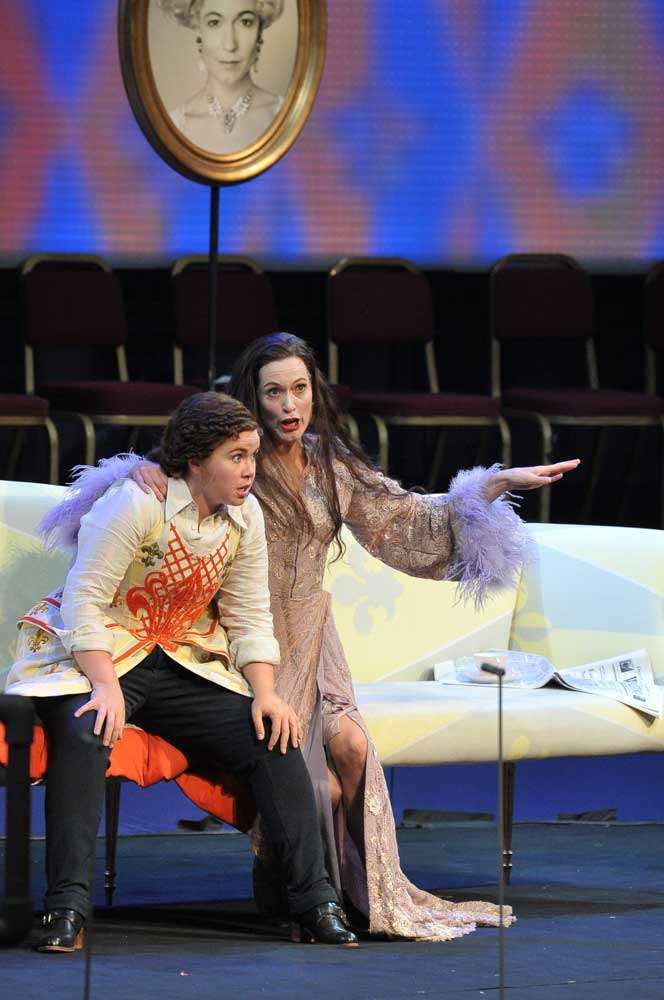 Kate Royal portrayed the Marschallin with an uncannily accurate, cool poignancy, tempered by pragmatism. Her seamless, silvery soprano cut through the huge auditorium despite it not being a big voice, but most memorable was her move from post-coital tenderness to post-coital tristesse and on to her powerful, seriously tear-jerking ruminations on the passing of time. As Octavian, Tara Erraught tellingly expanded the ambiguity and subtle artificiality of this ‘trouser role’, to the extent that it didn’t matter that he was a she. Erraught’s acting was very good, whether as a high-octane Octavian delivering a miraculously still ‘Presentation of the Rose’ or as blushing Mariandel, and Erraught managed all the gender-bending with ease. Her voice – a light mezzo with show-stopping radiance and volume – was to die for. Strauss’s formidable trio of women was completed by the Sophie of Louise Alder (a late replacement for Teodora Gheorghiu), with a warm, lyric soprano of great beauty, who brought much mischief to all the Act Two Ochs shenanigans. The three singers’ Act Three ‘Trio’ fulfilled all those longed-for expectations of Straussian soaring ecstasy.

Franz Hawlata (another late replacement, for Lars Woldt) is a seasoned Baron Ochs, and he brought the Marschallin’s cousin’s traditional boorish bluster to all three Acts. Woldt was cast as roughly the same age as the Marschallin, so he’s a dirty youngish man rather than a dirty more mature one in pursuit of Sophie’s fortune, but it didn’t compromise Hawlata’s comic brio. Michael Kraus was excellent as the anxious, fussing Faninal. 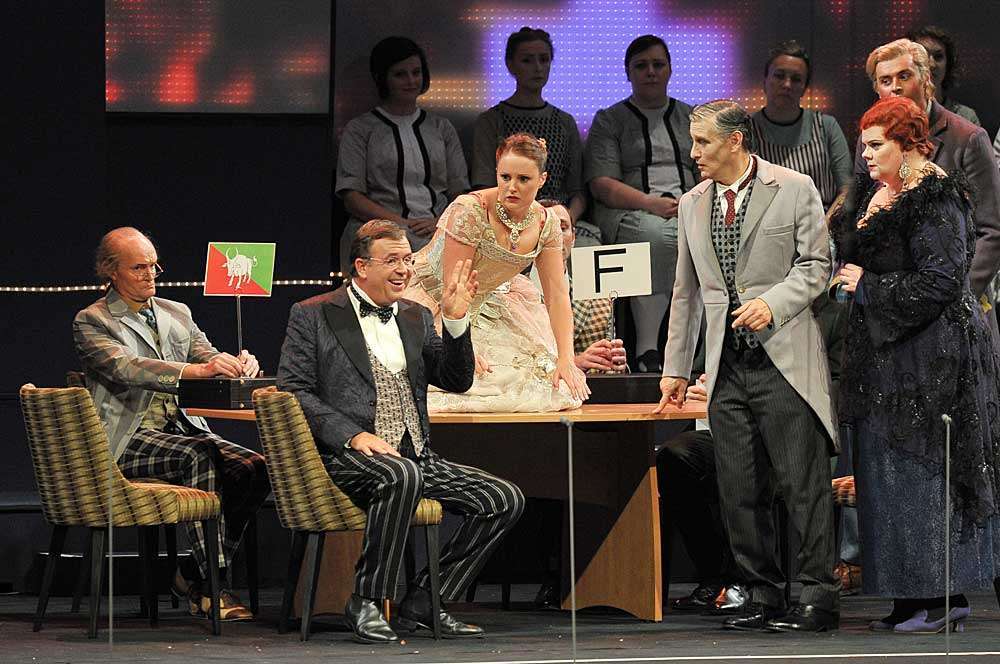 The teeming pool of smaller roles, as usual at Glyndebourne, were strongly cast – a grotesque pair of gossip-hacks Valzacchi and Anina from Christopher Gillett and Helene Schneiderman; an unforgettable duenna from Miranda Keys; and a notable Police Inspector from Scott Conner, who, in a neat bit of direction, ‘might’ have been a former significant acquaintance of the Marschallin – and who could blame her? And Daniel Francis-Swaby’s scene-stealing, hormonally saturated Mohammed might easily have consoled the Marschallin after Octavian.