Britten
Billy Budd, Op.50 – Opera in a Prologue, two Acts and an Epilogue to a libretto by E. M. Forster and Eric Crozier, based on the short novel Billy Budd by Herman Melville [Semi-staged performance; sung in English] 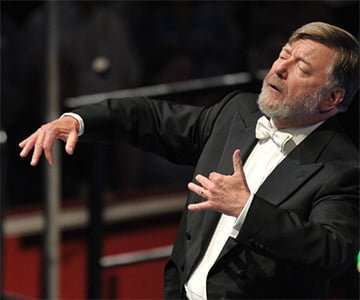 Having read Mark Valencia’s review (link below) of Glyndebourne’s first revival of its staging of Billy Budd, I was kicking myself for not moving Heaven and Earth to get to it. But in no way was the packed Royal Albert Hall short-changed – coming only two days after the opera closed this year’s Glyndebourne summer season in Sussex, this simplified staging for the House’s annual Prom, if anything, gained in intensity by not having the inevitable cooling off caused by the long picnic/dinner interval.

The visual claustrophobia that defined Michael Grandage’s production obviously wasn’t going to figure in Kensington, yet the huge space achieved just as powerful an effect by isolating the main characters, and the large cast of smaller roles was easy to follow. Under the tight direction of Ian Rutherford (who directed this summer’s revival), the scenes flowed easily, and the all-important eighteenth-century British naval hierarchy was made clear by the singers’ costumes. 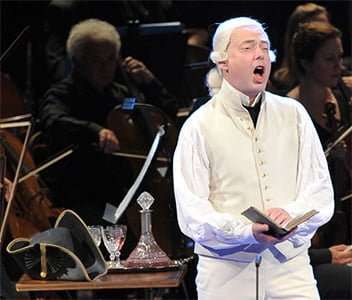 The stage action was matched in detail and directness by the London Philharmonic Orchestra’s superb playing. In an opera set on board a ship, the sea only figures as an alien, impersonal force; and unlike the ever-present dankness in Peter Grimes, the only significant conditions here is a life-denying fog. The LPO easily caught the atmosphere of cabin-fever confinement and sudden outbursts of activity, and Andrew Davis did full justice to Britten’s extraordinary powers of orchestration, laying out the score with uncanny narrative precision and not once cueing, or drowning, the singers – a tribute to Glyndebourne’s legendary thoroughness of preparation. Davis drew out a special clarity of sound that filled out in the acoustic; to my ears Davis just missed the visionary surge of Vere’s delivery of Billy’s death sentence, the sequence of chords that echoes so poetically in Vere’s ‘Epilogue’ (and which Britten seeds through the opera with such brilliance), but the focus of sound had you straining for every nuance – I doubt I’ve heard the music accompanying Billy’s hanging played with such breath-squeezing realism. 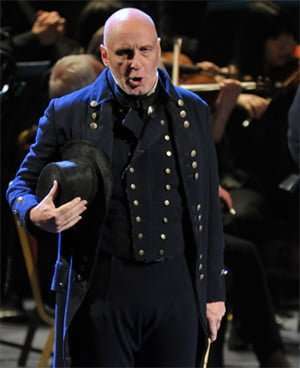 This concentration fed into the performances of the three leads, all of whom were enthralling. Mark Padmore was probably the stillest Captain Vere I’ve seen, so that the break in his composure just before he delivers the court-martial’s verdict – “I who am king of this floating monarchy” – was shocking. One of the trails I read or heard for this Prom described Vere as “spineless”, and BBC Radio 3 presenter Petroc Trelawny wrote (in the Evening Standard of August 27) that Vere is “weak”. But neither applied to Padmore’s powerful, rounded portrayal of the biggest role I’ve seen him in. His engagement with the text and the visceral agony of his singing brought the ambiguity of Vere’s position into stark reality – entirely compromised, certainly, but not spineless.

Padmore’s self-contained Vere matched the even stiller fury that drives the demonic Claggart. Brindley Sherratt doesn’t have the basso resonance often associated with the role, but the sinuous evenness of his voice was just as valid a vehicle for Claggart’s twisted, destructive evil. His bleak loathing of the world seeped out of Sherratt’s every inflection of the words as his singing thickened in his credo “O beauty, O handsomeness”, to spellbinding, repulsive effect. Billy didn’t stand a chance. 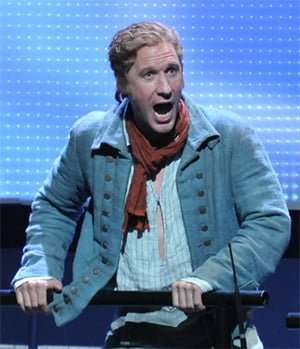 Jacques Imbrailo has filled out vocally since he sang the role in the production’s first run in 2010 (which I did see), with radiant, lyrical results. His lithe physicality had an Errol Flynn swagger, and his ‘Billy in the Darbies’ filled the Hall with its quietness.

The smaller roles were all impressive – a fine Novice and Novice’s Friend from Peter Gijsbertsen and Duncan Rock respectively, a robustly sung trio of officers from Stephen Gadd, David Soar and Darren Jeffery, and a powerful Dansker from Jeremy White. The chorus of sailors and marines, as much a part of the action behind the orchestra as the soloists were in front of it, sang magnificently.

For all the vigorous, neatly directed movement, we were left in no doubt about the opera’s emotionally naked blend of ambiguous motive, repression and Christian allegory – and the silence as the old Vere walked wearily off the stage after his ‘Epilogue’ was the longest I’ve experienced, and a thousand times more eloquent than the noisiest ovation.