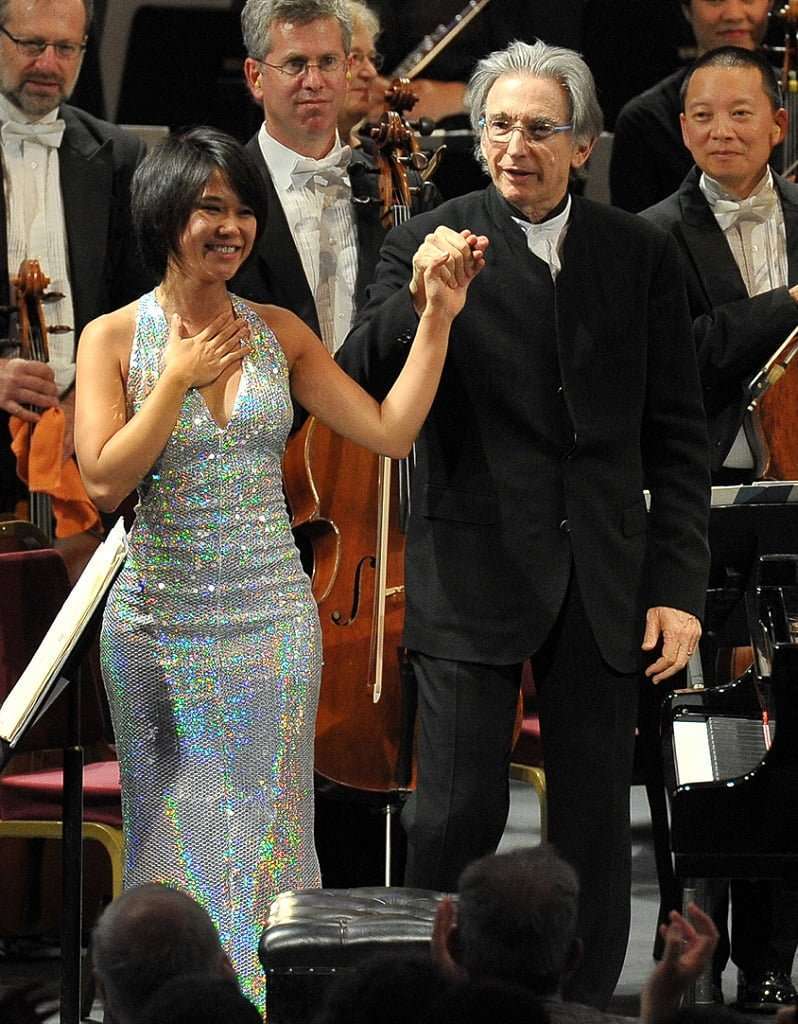 Hot-foot from the Edinburgh Festival, the San Francisco Symphony was a welcome return visitor for its second Prom. Michael Tilson Thomas has been Music Director for twenty years, during which time he has ploughed a distinctive furrow – with concerts entitled “American Mavericks” – a kind of boisterous riposte to a staid orchestral culture – and the SFS regularly plays composers that other orchestras might fight shy of. In 2010 MTT was awarded the National Medal of Arts by President Obama. That said, this Prom was a rather mixed bag: superb Ives, out-of-kilter Bartók and variable Beethoven. What was never in doubt, however – apart from one brief trumpet hiatus at the beginning of the Bartók – was the outstanding playing.

Charles Ives’s ‘Decoration Day’ is the second movement of his Holidays Symphony which commemorates four traditional American name-days, the others being ‘Washington’s Birthday’, ‘The Fourth of July’ and ‘Thanksgiving and Forefather’s Day’. ‘Decoration Day’ (now referred to in the States as Memorial Day) is a collage evoking the sights and sounds of that date when Ives was a boy in Danbury, Connecticut in the 1880s. Flowers are gathered in the early morning, a parade forms on Main Street, the graves are dressed and the parade marches back to town. There was some fabulously sophisticated quiet string-playing here, then the raucous sounds of the band preceded by a distant off-stage trumpet (securely taken by Mark Inouye) before the vision fades into silence. Superb! 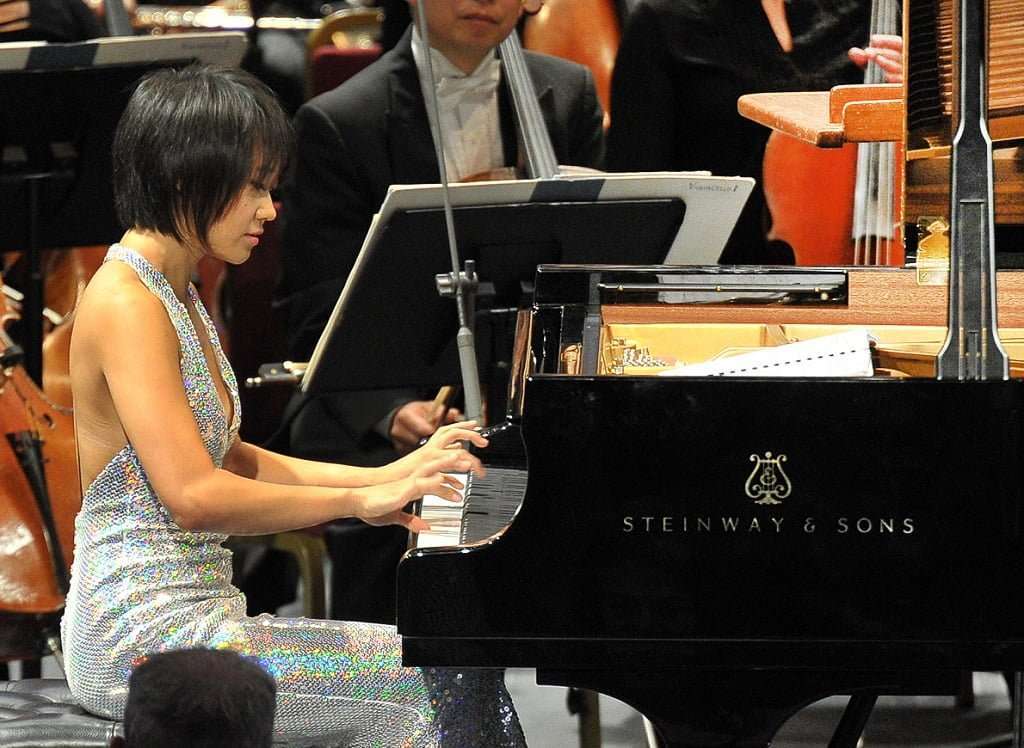 Bartók’s Second Piano Concerto is the most completely characteristic of his three such works with its pounding rhythms, hieratic slow movement punctuated by a wildly flickering central section and memorable themes throughout. It also contains many of those fingerprints which came to distinguish Bartók’s other works such as inversions, musical palindromes and the ABCBA structure.

However, without wishing to be uncharitable, Yuja Wang was miscast. The Concerto calls for a weight and an aggression that she cannot muster and whilst there was no question that Wang could get round the notes (the Adagio’s quicksilver central section glittered), in the first movement with its abrasive winds and percussion (strings are excluded) she was all but inaudible (also, in what is more or less a repertoire piece, she chose to use a ‘concealed’ score, lying inside the piano, suggested that she is not truly inside the music). After that brief brass hiatus at the opening MTT and the SFS provided a finely honed accompaniment and in the slow movement the sense of the strings “singing through the silences” was palpable.

The lightweight aspect applies equally to the ‘Eroica’, but at least there were compensating virtues. The playing was top flight, and the layout of the strings – antiphonal violins and with cellos and double basses to the left – was absolutely right. Also, the woodwinds’ contributions were notably in tune, internal balance was excellent and care was taken over dynamics, distinguishing f and ff, and getting to grips with sf and sfp markings. The first movement was swift and even with the exposition repeat taken it lacked some gravitas, but both here and in the ‘Marcia funèbre’ there was much to give pleasure. 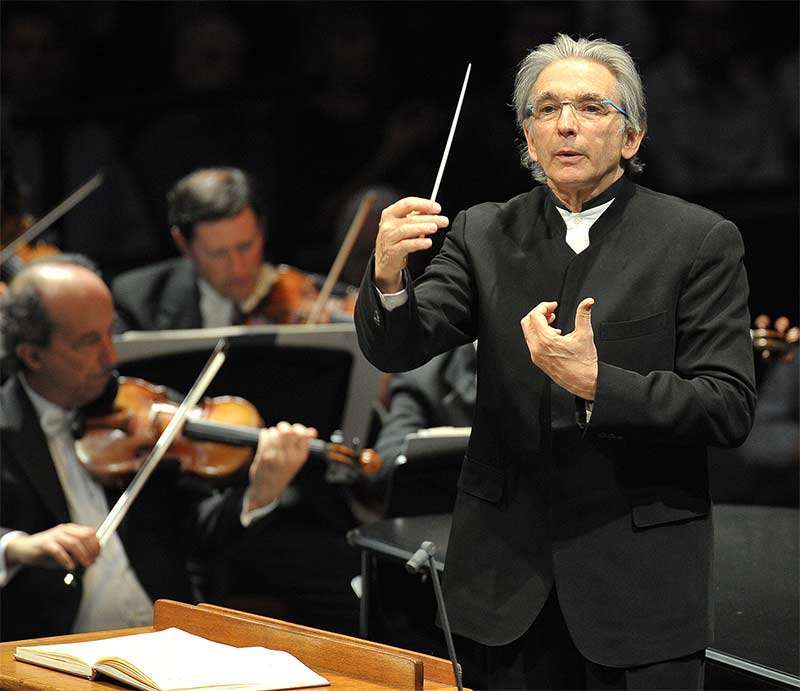 Where one felt the account really went downhill was in the last two movements. The Scherzo may be marked Allegro vivace – here it was taken at a comparatively modest tempo – but, whatever the speed, it has to have a sense of an inexorable forward momentum. Here it simply felt bland or sleek: all credit though to the excellent horns in the Trio. The Finale was then launched at a speed that did not allow for much distinction between the strings’ semiquavers and triplets (as became all-too-apparent at bar 200) and a little later it was an odd choice to replace the full strings with a quartet (and anyway at this speed the principals could at least got around the notes cleanly which would have been difficult for the entire sections, and although there may be provenance for this ‘solo’ decision, on this occasion it sounded arbitrary).

The really unsatisfactory aspect was the ending; suddenly the music reaches a kind of plateau, a Poco andante which leads via a deeply-felt passage into the final peroration. Slowed, as here to an adagio, the oration becomes ponderous rather than exultant and the Presto instead of clinching the matter becomes a scramble. This was a real disappointment given the quality of the first two movements.

There was an encore, a Brahms Hungarian Dance, No.10 in F, one of only three (from 21) that Brahms himself orchestrated. Overall this Prom was something of a mingled chime. At least it was clear that under Michael Tilson Thomas the San Francisco Symphony is a formidable affiliate among America’s greatest orchestras.