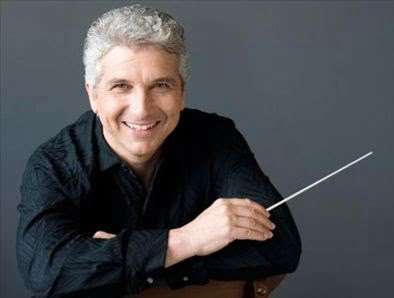 Transcendence and sublimity mark these works but it was only the first and briefest of them – Messiaen’s early Hymne (from 1932, reconstructed by the composer from memory in 1947 when the score – au Saint Sacrement – became lost) – which makes explicit reference to the doctrines of any organised religion, being a musical act of devotion to the Eucharist. Peter Oundjian almost coerced the Royal Scottish National Orchestra into an impulsive start, with its upward rushing figures. The work reverses the structure of the composer’s contemporary and similar Les offrandes oubliées, but the strings of the RSNO threaded Hymne through with a lustrous, Parsifal-like hallowed aura.

Although Mozart’s final Piano Concerto was probably sketched as early as 1788 and not originating wholly in the last year of his life, there is still the mood in it, as Alfred Einstein commented, of standing at the threshold of eternity. Oundjian and Igor Levit seemed to take diametrically opposite views from each other, and neither of these coincided with that notion of the Concerto’s broaching the otherworldly. 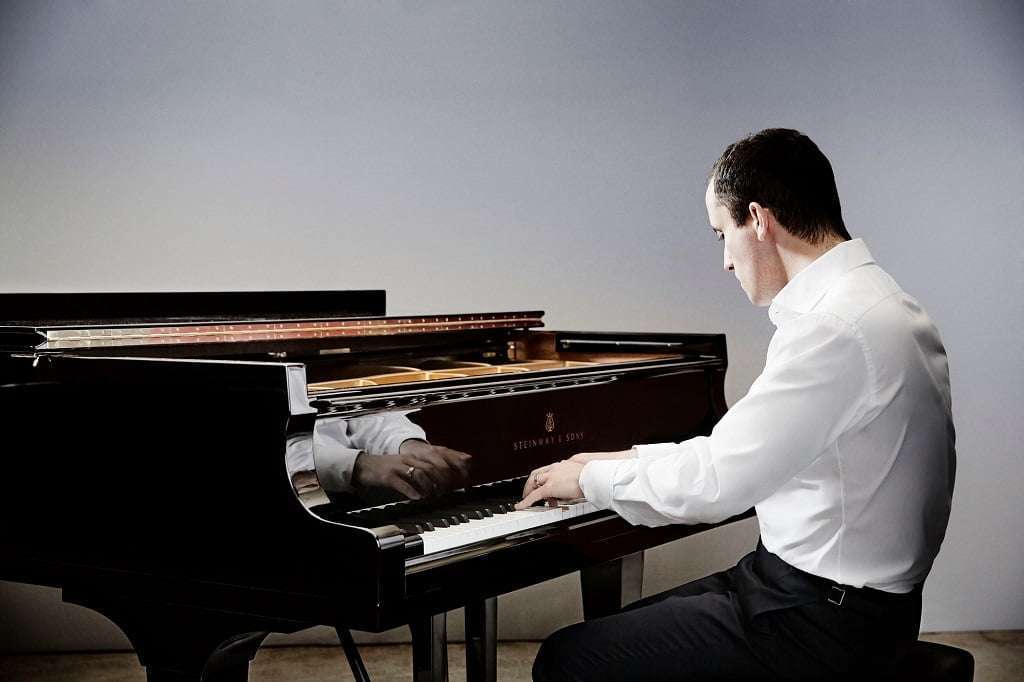 Under Oundjian the RSNO produced a breezy, nonchalant reading which was generally extrovert. Levit’s playing on his first entry sounded slightly nervous and brittle, but after that he sustained an essentially quiet and private disposition (excepting his rendition of Mozart’s cadenzas). It was as though the piano and the orchestra were the negatives of each other, or that this was a concerto for orchestra with piano. Such disparity became most obvious with Levit’s very reserved handling of the minor-key appearances of the first movement’s main theme in the development section, contrasted with the RSNO’s muscular attack on the fanfares punctuating them. It was only by the end of the finale that Levit seemed to have tamed the orchestra a little in his direction.

Certainly the consistency and control of Levit’s delivery throughout cannot be faulted, though his somewhat lethargic manner in the finale lacked sparkle, making it appear emaciated. He could also have played somewhat more into the expressive moments, such as the delicious modulation in the Larghetto from B-flat to G-flat. But the fundamental problem was the failure between pianist and conductor to reach a common goal. As an encore, Levit took the audience into an even more private world with the gently ironic humour and musical-box sonorities of Shostakovich’s ‘Waltz-Scherzo (The little ballerina)’ from his Dances of the Dolls suite.

Bruckner’s Seventh is probably the most lyrical of all his Symphonies with transitions between sections of the music more seamless and flowing than in his others. It is perhaps not surprising then that Oundjian promoted these aspects of the work in tracing smoothly the contours of its long-winding melodies, rather than taking a more monumental, architectural view. That is one valid view of Bruckner, but here it tended not to attain the score’s grandiose peaks as one passage succeeded another without much sense of a cumulative awe. Leopold Nowak’s cymbals and triangle were added for the Adagio’s climax but solemnity and gravitas were undermined elsewhere by some insecure playing and uncertain intonation from the brass, particularly in the glowing passage at the end of that movement where the final E-major chord was flat, owing to a less than radiant G-sharp in the chord.

A languid account of the Scherzo’s Trio impaired momentum in this movement, but a more incisively delineated contrast was drawn in the Finale between the dance-like first theme and the portentous (loud!) brass figures. Overall this was a fairly humanising and approachable interpretation of one of Bruckner’s most congenial Symphonies. With a little more conviction Oundjian and the RSNO could have made a greater virtue of their vision of it.