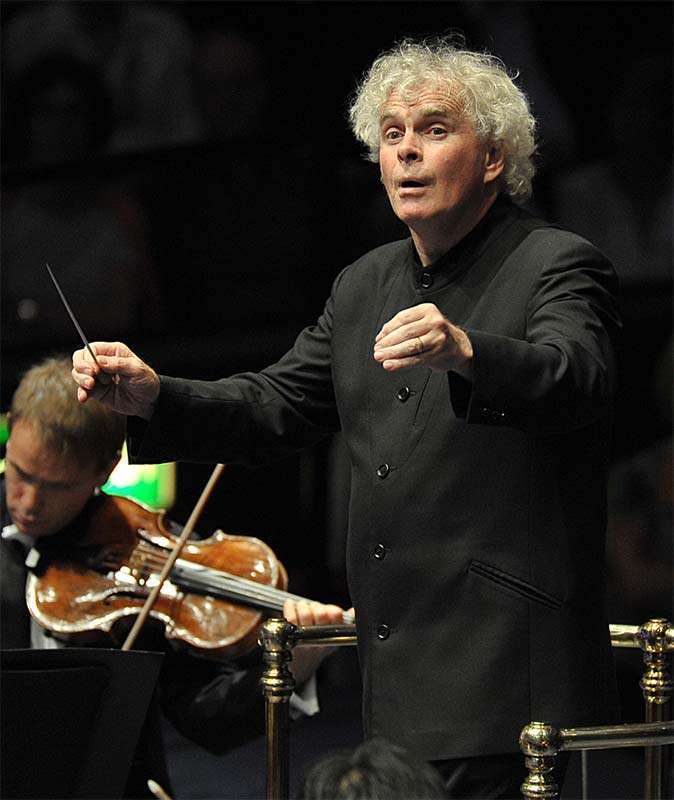 In their first Prom since 2012 (coincidentally also No.64) the Berliner Philharmoniker and Simon Rattle returned to the Royal Albert Hall to god-like veneration. A capacity audience applauded rapturously, welcoming the players more vociferously than some orchestras receive at the end of a concert. Founded in 1882, the Berlin Phil enjoys the accolade of being one of the world’s greatest orchestras. At this Prom two masterpieces of the twentieth-century by Russian composers, long championed by Rattle, were included.

After leaving his country in 1917, Rachmaninov struggled to devote time to composition due to his relentless schedule as a pianist. Indeed in the years that followed he managed to write only six new works. Symphonic Dances, his swansong, was composed during the summer of 1940. The work is dedicated to Eugene Ormandy who conducted the premiere with the Philadelphia Orchestra the following year. The work is sometimes considered Rachmaninov’s ‘fourth symphony’. However the composer wrote to choreographer Mikhail Fokine about possibly creating a ballet to the score (scuppered by his death in 1942), so perhaps performances should place the greatest emphasis upon the music’s dance element.

Despite the unusual Non allegro (Not fast) marking, Rattle, who conducted from memory throughout the concert, was careful not to allow the first movement to drag; the crisp marcato string opening a real joy. The alto saxophone solo (the only time the composer used the instrument), soulful and supine, relieved the tension before the strings took up the slower, nostalgic theme. The second movement waltz, if less macabre than usual, oozed character, and the central oboe solo was deliciously mellow. The finale, a clash between the ‘Dies irae’ (an idée fixe common to a number of Rachmaninov’s works) and a quotation from his All-Night Vigil (1915, aka Vespers), proves God to be victorious over Death. An incisive and confident performance by all from the beginning to the final gong strike that was allowed to decay naturally – the composer ambiguously notated a dotted crotchet for the percussion instrument but only a quaver for the rest of the orchestra; clearly he wanted the gong-stroke longer, though how much is open to interpretation, and Ormandy plays it very short on his recording made in 1960. 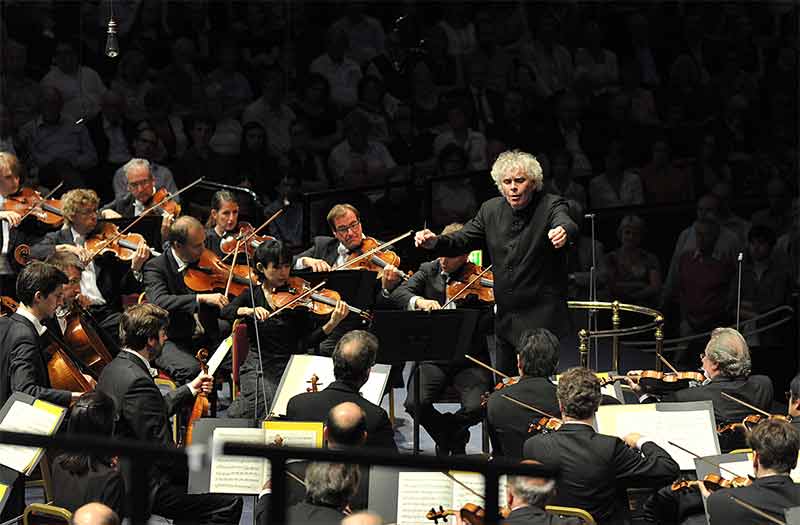 The magically-musical second half of the concert opened with the opening bars of The Firebird, given in its complete 1910 version, written when Stravinsky was virtually unknown outside his native Russia, and choreographed by Fokine. The strings of the Berliner Philharmoniker conjured a pianissimo hardly above a whisper but which was nevertheless audible. Rattle’s habit of mixing his orchestral palette from inner parts and allowing the section principals space to develop the phrases was inspired.

The story of The Firebird is a 19th-century Russian fairy-tale featuring good and evil that battle until the latter is vanquished. Contrasting Kashchey the Immortal’s evil (he turns people into stone) there is Prince Ivan Tsarevich, represented by a magnificent horn solo, here superbly played by Stefan Dohr. Stravinsky calls for off-stage instruments – four tenor tubas, bells and three trumpets. Here the bells and tubas remained visible but the trumpets were separated widely at three of the Hall’s exits. This provided a visual as well as audible spectacle as Rattle, at the moment of the ‘Magic Carillon’ (where Kashchey’s monster-guards appear), dramatically turned through 180-degrees to face the audience and conduct.

While the ‘Infernal Dance’ was not as diabolic as it might have been, this forensically detailed account was flawlessly executed, even if a little utilitarian. The following bassoon lullaby however was anything but – playing of real beauty. The irresistible closing scene, as Kashchey’s palace and spells vanish and those turned to stone return to life, brought the performance to a glistening conclusion and the ground-shaking roar and pummel of feet showed an appreciative audience’s response to something remarkable. In response Rattle introduced a plush account of the ‘Intermezzo (The Journey to Le Havre)’ that opens Act 3 of Puccini’s Manon Lescaut. From the sublime solo string-instruments to the power of the combined strings, this was as committed as anything that came before in the evening. At the end, a suspended silence, Rattle’s hands dropped to his side and once again the audience erupted. As the Berliners took the applause the musicians turned around to face the choir stalls and acknowledge the audience there. A small detail perhaps, but noteworthy of an orchestra that proved once more why it is one of the world’s greatest.