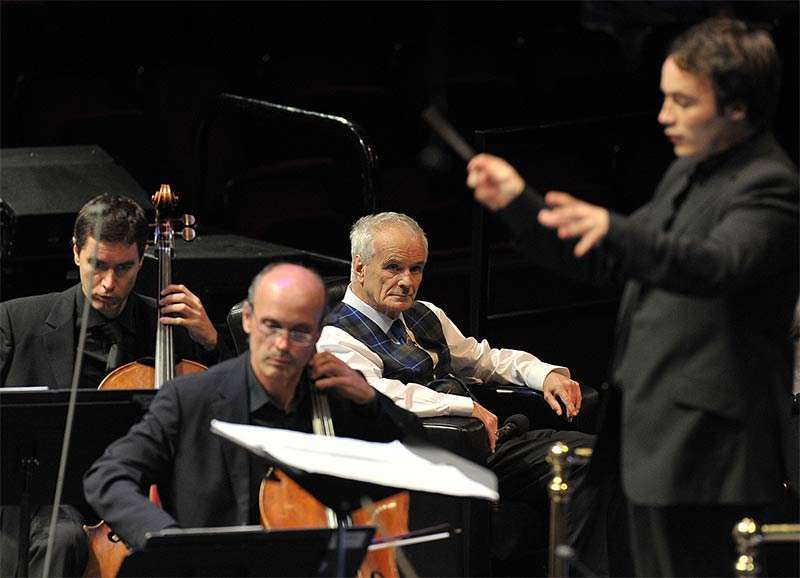 Life begins at 80, and on this day, for Sir Peter Maxwell Davies. ‘Max’, as he is affectionately known, suffered a severe bout of leukaemia only last year, during which he was told he had six weeks to live. Yet now, sat in an armchair on the corner of the Royal Albert Hall stage, wearing a bespoke waistcoat made from the Scottish Chamber Orchestra tartan, he was well enough to reflect with good humour and insight on his career as a composer, in the company of Tom Service.

Max’s role as the Composer Laureate of the SCO has yielded numerous works, not least the ten Strathclyde Concertos written for the section leaders. He chose the Fourth – for clarinet – for this concert, but opted to begin with a newer work, the first London performance of Ebb of Winter (2013). Written to depict the end of a particularly severe Orcadian winter, this substantial three-part, 17-minute Concert Overture is centred round the hope offered by the imminence of Spring, but also includes those days where winter rears its ugly head once more, an uncanny parallel for the composer and the onset of his illness. Prior to the performance the composer declared: “the music knew something that I didn’t … it was somehow in the air”. These moments were striking in their immediacy, a shadow falling over the music as its mortality was questioned, the strings slowed almost to a resigned standstill. Elsewhere hope was offered through the bright clarion fanfares of brass, clearly rendered by trumpets and horns, which ultimately won through to an affirmative finish – though even in the final blaze of F sharp a troublesome tritone could still be heard. 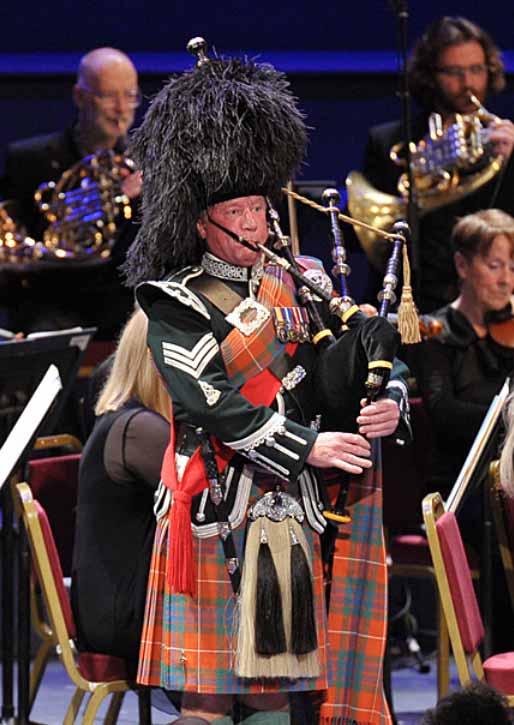 Strathclyde Concerto No.4 also ends in that tonal realm, the culmination of half-an-hour of discourse and meditation. Written for Lewis Morrison, the piece was played here by Dimitri Ashkenazy, who sat throughout, aiding the meditative process through his relative lack of motion, while also realising the virtuoso demands. Maxwell Davies’s assertion that the piece is “in search of something” is borne out by the cloudy depths in which the strings begin, which gradually lead to music from a more energetic source.

Ben Gernon, a fine conductor recently graduated from the Guildhall School of Music & Drama, kept a very close eye on the SCO at the crucial cadenza point, where just four elongated chords from the strings support a myriad of thoughts from the soloist. This section is arguably too long, the subject carried away by his own musing, yet it was soon followed by the jewel of the work, its coda – the clarinet circling like a lone bird in the evening sun – creating a timeless period during which the Royal Albert Hall audience was as quiet as I’ve heard all season, a wonderful moment of reflection.

By complete contrast, An Orkney Wedding, with Sunrise was a riot, swaggering into view with celebratory gusto, the composer celebrating the wedding of two close friends and the many and frequent dances and toasts that went with it! The SCO was wonderfully idiomatic in their folksy melodies, and their dance-steps were nimble until the imbibing became, shall we say, more prolific – whereupon the music literally stumbled around the stage, with ‘wrong’ notes aplenty. Glasses of whisky were proffered for leader Charlotte Scott, Gernon, Max and his host – and were duly raised with the arrival from the mists of bagpiper Robert Jordan and the sunrise. The pipes were a raucous intrusion, the bright light of day (and possibly a headache!) arriving with their less-than-uniform tuning, but the effect caps one of this composer’s finest pieces of musical ceremony.

As a lovely send-off, the Scottish Chamber Orchestra added an extra with violist Steve King’s arrangement of “Happy Birthday”, beginning with an outrageous volley of timpani that had Max – and us – in stitches. Beneath it, though, was deep-seated affection and admiration for Sir Peter Maxwell Davies.