“It’s American Night at the Proms, courtesy of the BBC Concert Orchestra and its New York State-born Principal Conductor Keith Lockhart. Toes will be tapping in a concert that starts with folk songs and dances – joyously orchestrated and reworked by Aaron Copland – and ends in Chris Brubeck’s distinctive blend of classical, jazz, blues and country music. Take an exhilarating musical journey with the UK premiere of  his Travels in Time for Three – a thrill-ride concerto composed for virtuoso string trio and orchestra.” [BBC Proms website] 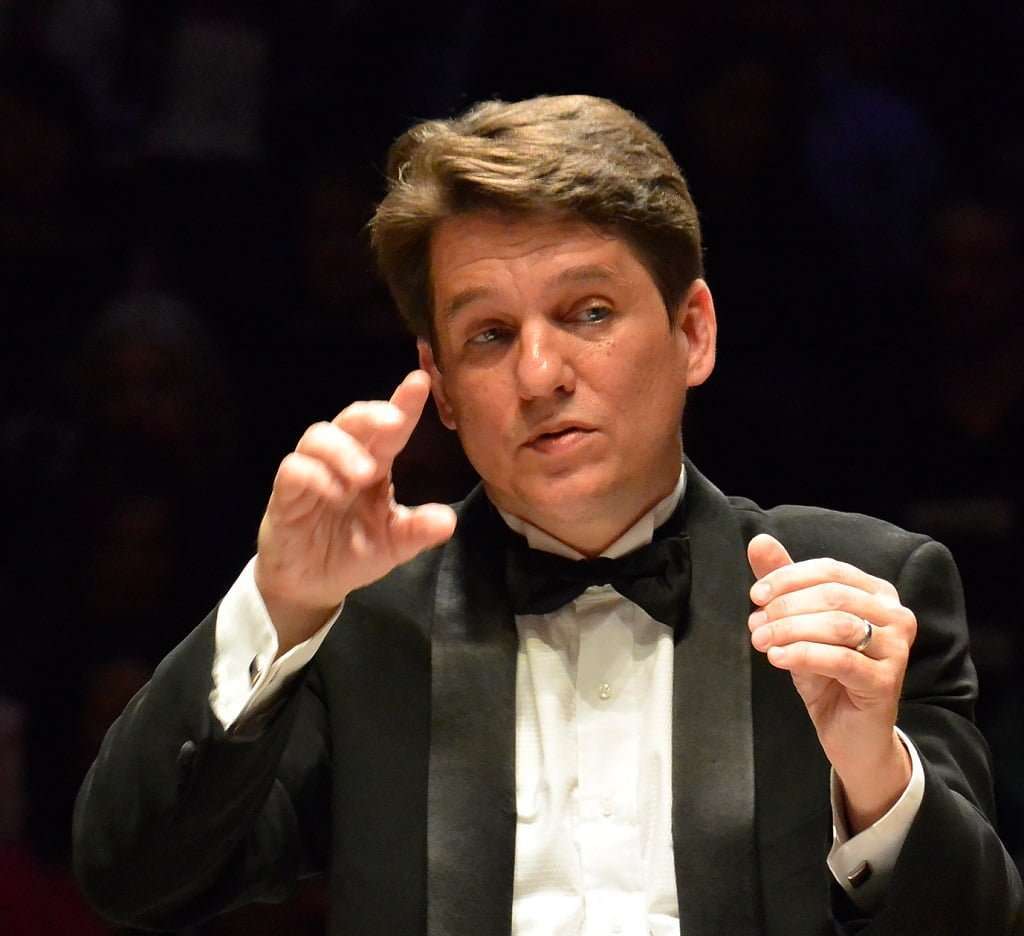 This Prom celebrated American music through three works dating from the wartime period – a highly productive time for Aaron Copland – in the first half, and then with music from Dave and Chris Brubeck (father and son).

A ‘slow burn’ affair, the BBC Concert Orchestra under its principal conductor Keith Lockhart seemed on autopilot for much of the first half. The printed order reversed (which made better sense), Rodeo opened the concert. The incisive rhythmic liveliness that this music demands was rarely present and the final ‘Hoe-Down’ failed to excite. Quiet City suited the sleepy BBC Concert Orchestra better; the strings’ delicate and sympathetic accompaniment to the solos of Victoria Walpole (cor anglais) and Catherine Moore (trumpet) gave a Steinbeckian midsummer haze. In Appalachian Spring BBCCO finally seemed to mean business. Copland’s dreamily wide-spaced orchestration at the start, conjuring an image of the vast open spaces encountered by pioneer settlers in the early-19th-century, was portrayed with clarity. ‘Simple Gifts’ at the close radiated optimism leading to a touchingly sincere conclusion.

The concert’s second half began with a homage to Dave Brubeck, who passed away in December 2012. ‘Blue Rondo à la Turk’ was inspired by street musicians that he heard playing a complex rhythm while he was in Istanbul in the 1950s, a fast 9/8 subdivided in different ways over a four-bar cycle. To reflect this moment of discovery, Chris Brubeck’s arrangement opens with the orchestra clapping the rhythm alongside some percussion. In this version, prompted by Lockhart who wants to keep Dave Brubeck’s music in the public’s ears, the inclusion of a jazz quartet (in a previous arrangement by another of Dave’s sons – Darius) has been dropped. The improvisatory nature of the original removed, this adaptation has kept much of the original’s soul to produce a thrilling new piece that includes a superb brass contribution. 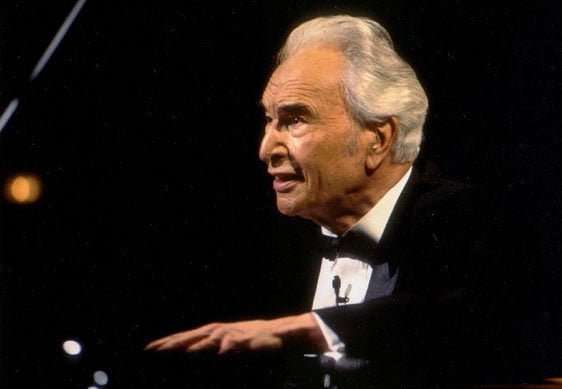 Eight orchestras and/or groups commissioned Travels in Time for Three including the eponymous trio to which Matt Scarano joined as kit-drummer. The piece’s main theme was conceived on a train in 2009 while Chris Brubeck was travelling to Connecticut to visit Ranaan Meyer. Over the following three days, he and his colleagues improvised (and were recorded by Brubeck) on this ‘train’ theme, the stimuli for the work now heard.

In four movements, Travels in Time for Three is a fusion of jazz, classical and rock elements. The first movement – ‘Thematic Ride’ – culminates in a baroque-styled fugato that is tossed back and forth between the two violins and the orchestra. The writing is not far removed from that of Tippett’s Corelli Fantasia – a style not lost on the eclectic tastes of Time for Three, its members all being music graduates of Philadelphia’s Curtis Institute of Music. There follows ‘Irish Folk, Odd Times’, a delightful mixture, including blues, utilising a variety of changing time-signatures and cross-rhythms (hence ‘Odd Times’). The orchestral strings (later with wind instruments added) dominate the slow movement, ‘Suspended Bliss’. Brubeck says the emphasis is upon harmonic exploration; at the same time it shows off his skill to create music that is beautiful, tranquil and awash with colour – hinting at Delius. The finale – ‘Clouseau’s Mardi Gras, Laissex les bons temps rouler’ – is Henry Mancini-influenced and opens with ‘soft shoe’ swing. Brass-players clapping and a vocal “yeah” from orchestra and conductor placed it firmly in the cool school. Cadenzas for the three soloists offered scope for extemporisation – most notably an impressive improvisation high in the register on the double bass. A 7/8 version of the ‘train’ theme drove the music to a magnificent close.

Two encores closed the concert. First an exciting and musically astute arrangement (that included the orchestra) of Mumford & Sons ‘Little Lion Man’ from their BRIT-award-winning debut album, which included some vocal work, not all the words, mind, just the clean ones. Then a poignant arrangement of the Lennon & McCartney standard ‘Norwegian Wood’ (with an opening reference to Chopin’s F major Ballade), the members of Time for Three now on their own and a real delight.