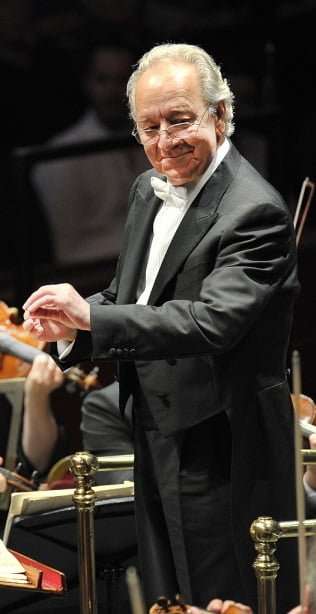 Yuri Temirkanov must be one of the most unpredictable conductors on the international circuit and I am not referring to his unfortunate remarks about the plausibility of women conductors. Unlike the venerable ensembles of the West, his St Petersburg Philharmonic has always had a big contingent of female players and he has collaborated with Julia Fischer in as many as eight concertos. A much bigger problem is his tendency to coast on auto-pilot until halfway through a concert.

Directing without a baton and employing an idiosyncratic technique more akin to Boulez’s traffic cop than Gergiev’s shamanistic shimmer he can appear disengaged, not that a lack of rhythmic definition was ever going to leave these wonderful musicians wholly at sea. On a good night (which this was) their music-making remains a thing of wonder, less scorching than in Soviet days but distinctively Russian. The deep, rich sonority is significant: residually brawny brass, flat-toned woodwinds and emotive, grainy yet febrile strings, with the violin desks traditionally placed antiphonally.

Temirkanov only does three-quarters of the customary Suite from Rimsky-Korsakov’s visionary opera, a pity given that we hardly ever hear it in the UK. The team excelled in the ‘Paean to the Wilderness’, gloriously scored nature painting from the start of the opera phrased with real affection and feeling, albeit re-jigged to come at the end. In realising the post-Wagnerian murmur of birdsong, the St Petersburg woodwinds displayed unexpectedly refinement: a modest but exquisite opener.

Julia Fischer’s interpretation of Tchaikovsky’s Violin Concerto is well-known and highly regarded (she has been playing it since the age of 14) but one wondered whether her relatively small sound would penetrate the recesses of the venue. In fact that wonderfully focused tone and perfect intonation hit home even in the context of a reading more notable for wistful tenderness and half-lit sparkle than flamboyant machismo. The clapping after the first movement seemed motivated by something more potent than unfamiliarity with concert etiquette. Again Temirkanov and his orchestra were remarkable, genial, tactful and perspicacious accompanists throughout, at one with the soloist. Fischer gave a well-deserved encore, Paganini’s Caprice No.17 in E flat, rather than the usual Bach, plus the inevitable mobile phone. 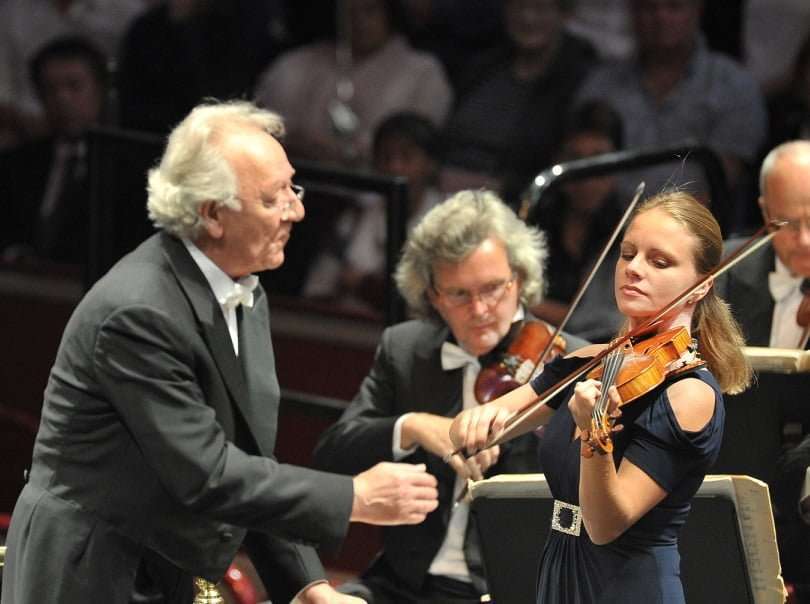 The last few years have seen exponential growth in Elgar’s international reputation. Who could have imagined that his Second Symphony would be in the repertoire of a brace of Petrenkos? Temirkanov and the St Petersburg Philharmonic recently gave Enigma Variations and Salut d’Amour at Denis Matsuev’s Annecy Classic Festival in the French Alps, currently on YouTube. The treatment of the opening theme, heavily freighted with affection and doubt, suggested that we might be in for something intriguingly dark and nuanced but in fact the rendition proved conventional in matters of tempo, raised to another level by the full-blooded quality of the playing. ‘Nimrod’ was especially beautiful and Temirkanov kept the finale on the move, its closing pages featuring a tummy-wobbling if texturally confusing contribution from the Royal Albert Hall organ. 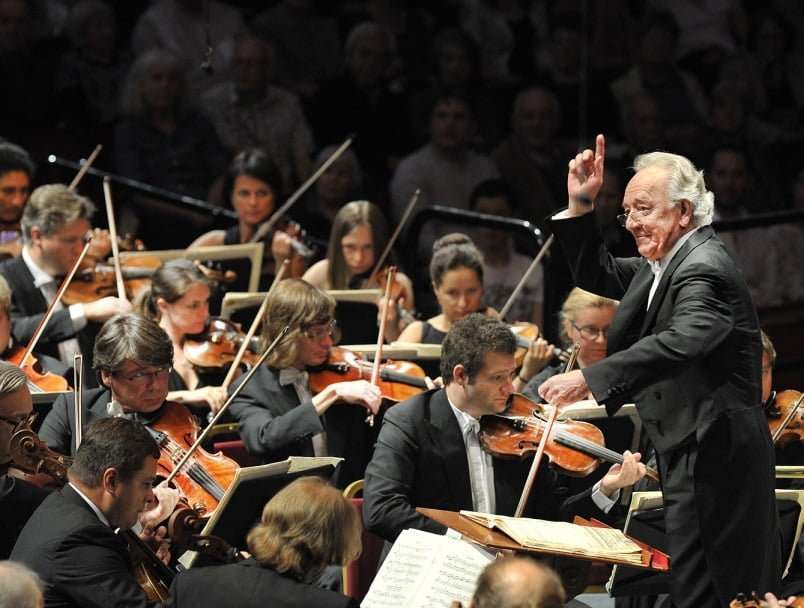 The first encore was indeed a nostalgic Salut d’Amour, the second a broadly humorous if not noticeably neo-classical rendering of a shard from Stravinsky’s Pulcinella (with solo trombone and double bass contributions). The first of these was preceded by a cacophony of falling glassware – not for the first time Temirkanov provoked laughter by vainly searching for the effect in his score. He was obviously surprised that a British audience might clap in the middle of Enigma Variations and turned round to eyeball those responsible but then it was perhaps unwise of him to separate the individual Variations to this extent. Nature, as we know, abhors a vacuum and RAH management has a new ruse for filling enduring silences. Popcorn is now offered for sale in the bars so munching has joined slurping as right-on behaviour at the 21st-century Proms. A full house was impressively attentive even so.