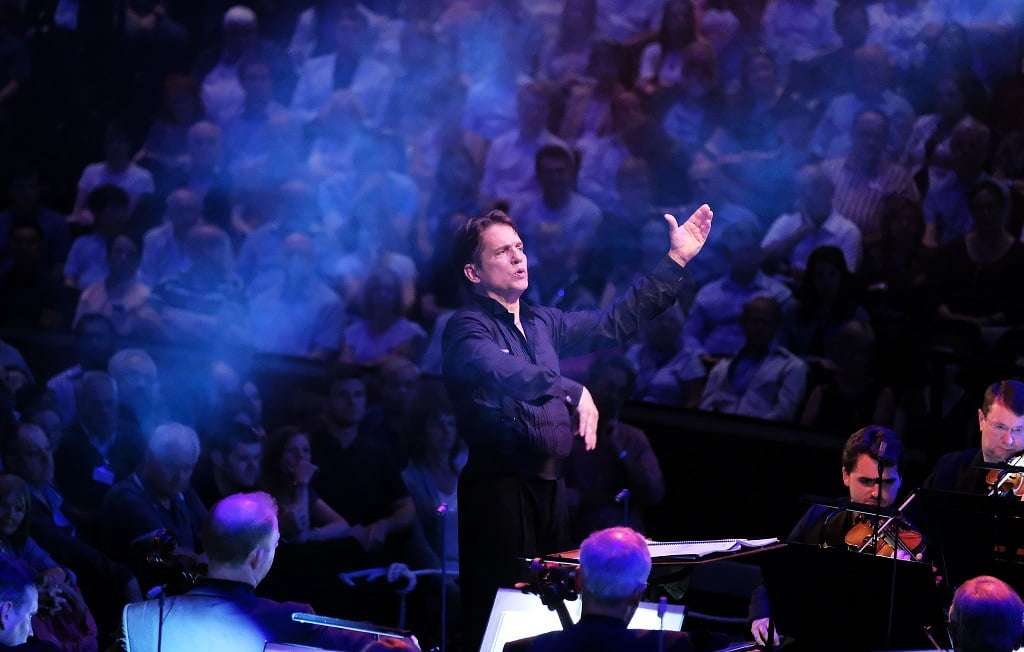 John Williams may have won five Academy Awards, twenty-two Grammys and seven BAFTAs but his greatest achievement is that he kept the art of orchestral film-music alive when it was being threatened in the early-1970s. With Jaws (1975) and Star Wars (1977) the epic sound established in the 1930s once again became a viable choice in Hollywood.

Williams is criticised by some for relying too heavily on pastiche. Certainly the Star Wars ‘theme’ has more than a hint of Erich Wolfgang Korngold’s Kings Row (1942) but this is surely Williams placing himself in the late-romantic tradition of Hollywood; and, anyway, Korngold borrowed extensively from Liszt’s Prometheus for Captain Blood. Moments of menace in Williams’s music often seem closely related to Holst’s ‘Mars’ from The Planets. He may take music from other sources but he fleshes them out with his own devices: his borrowings are both nostalgic and aimed at providing a sense of familiarity in the cinema. He uses leitmotifs to denote characters and an expressive use of melody to give structural unity and obliges even the most unschooled film viewer to listen and consider, and he is a more sophisticated composer than might first appear with a nice feeling for intricacy and clever instrumentation. 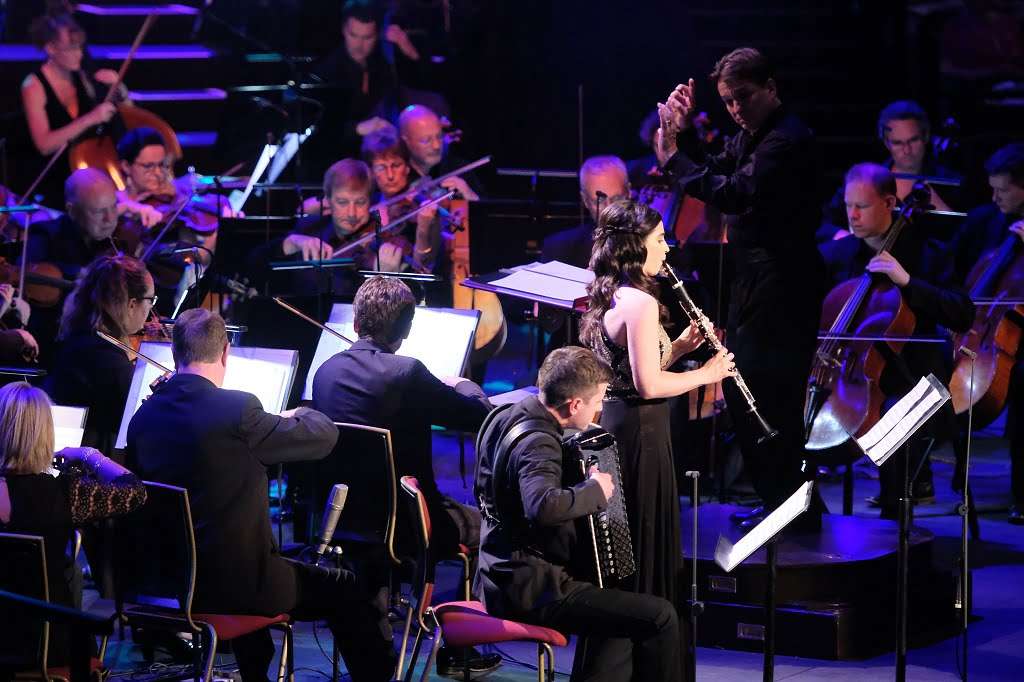 Keith Lockhart, the successor to Williams at the Boston Pops, is an experienced hand at this sort of programme and the BBC Concert Orchestra, moments of rough ensemble aside, played with spirit throughout. One was reminded that Williams is a great writer for brass when the trumpets and trombones opened the ‘March’ from Raiders of the Lost Ark and followed it with Superman, delivered in similar buoyant style.

The ‘Overture’ to Goodbye, Mr Chips is rare Williams from his early days in Hollywood. It is bright and energetic but not hugely distinctive; t might have been more interesting to hear something of for Robert Altman (Images or The Long Goodbye) or his score for Hitchcock’s final film Family Plot.

The theme from Jaws must be the most-famous piece of music composed by Williams. The deceptively simple but unnerving alternation of two notes scored for basses and trombones provides the shark’s motif and the BBCCO delivered a menacing and brassy portrayal. Williams has a natural feeling for comedy as befits someone who started out working with Henry Mancini in American television. This came through in ‘Viktor’s Tale’ from Spielberg’s The Terminal with its clarinet solo played superbly by Annelien Van Wauwe capturing Tom Hanks’s stateless East European living out an inconspicuous existence in an airport. A deft comic touch was also present in Escapades No.3 for Alto Saxophone and Orchestra (from Spielberg’s Catch Me If You Can) with Jess Gillam an ebullient saxophonist in this jazz-inflected piece that conjures the spirit of the 1950s’ Modern Jazz Quartet. 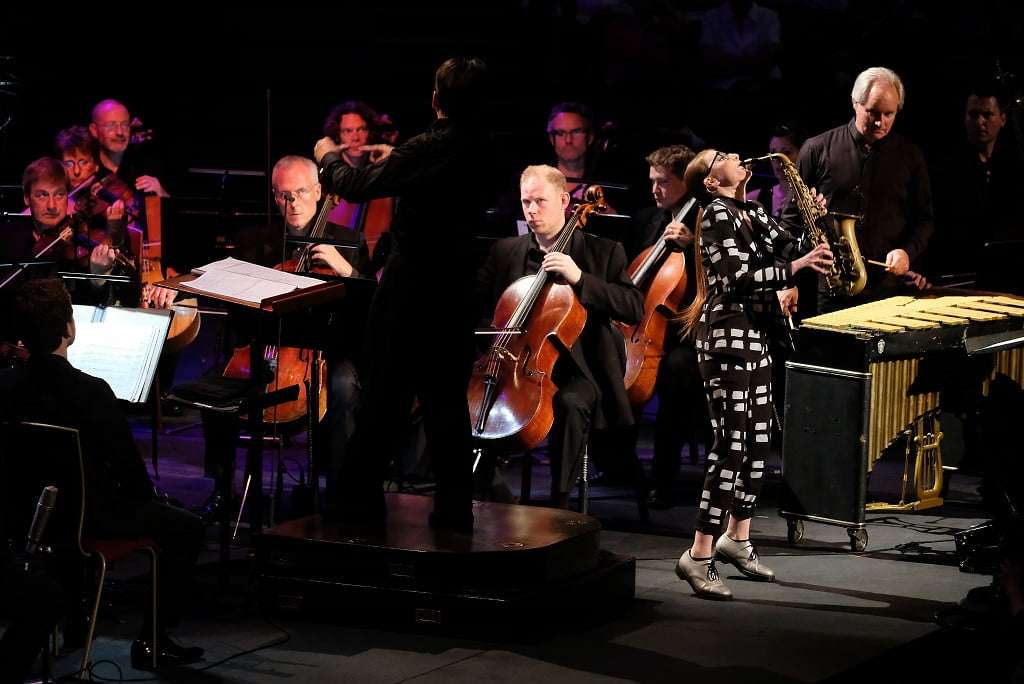 ‘Sayuri’s Theme’ from Memoirs of a Geisha featured an eloquent cello solo in Jamal Aliyev with suggestions of traditional Japanese music in the orchestra. ‘Dry Your Eyes, Afrika’ from Spielberg’s Amistad is Williams’s homage to African music, here with a splendidly vibrant combined choir supported by vivid brass and percussion. ‘Dartmoor, 1912’ from War Horse with its woodwind and free-flowing strings in a folk-like vein showed that Williams can also join the English Pastoral School; the flute solos that bookend the piece were most sensitively done but the string sound was undernourished.

Williams excels at capturing the imaginative world of children. ‘Hedwig’s Theme’ is from Harry Potter and the Philosopher’s Stone and was then used as the main subject for the following Potter movies. The opening celesta and scurrying strings suggests a child’s view of the World, Lockhart phrasing the moderate waltz-like tempo most persuasively. The ‘Suite: a Child’s Tale’ from The BFG is on the same wavelength but is more theatrical, even balletic. The ‘Flying Theme’ from E.T., with its bustling opening leading to the famous sweeping main idea, closed the first half with style. 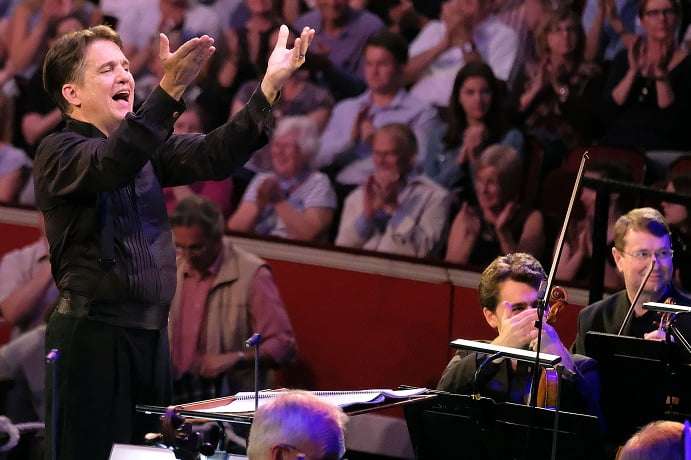 The second opened with Williams at his most serious: the ‘Prologue’ to JFK, directed by Oliver Stone, begins with a snare-drum tattoo-like motif that leads to a lone trumpet which seems to mourn the dead President., and ‘Prayer for Peace’ from Spielberg’s Munich shows Williams in similar sombre vein; the strings needed more bloom but leader Nathaniel Anderson- Frank provided a fine violin solo. By contrast ‘Devil’s Dance’ from The Witches of Eastwick is a genuine Williams oddity based on the John Updike novel; it shows the composer at his most raucous and the orchestra responded with snarling brass and battering percussion.

The evening ended with a selection from the Star Wars series. The ‘March of the Resistance’ was suitably baleful and Lockhart and the BBCCO gave an attractive airy quality to ‘Rey’s Theme’. Star Wars: a New Hope was delivered with stirring brass (yet again). There were two encores. ‘The Cantina Band’ from Star Wars: A New Hope enjoyed the most unbuttoned playing, Lockhart conducting like a 1930s’ dance-band leader, and ‘Harry’s Wondrous World’ displayed Williams’s manifest craftsmanship and feeling. He is the last-remaining great Hollywood composer.