“The legendary Pet Shop Boys make their Proms debut in this Late Night Prom, joining the BBC Singers and BBC Concert Orchestra for the world premiere of A Man from the Future, a new piece for electronics, orchestra, choir and narrator. The piece is inspired by the life and work of Alan Turing, who helped break the German Enigma code during the Second World War and formulated the concept of the digital computer, but was prosecuted in 1952 for his homosexuality, receiving a posthumous pardon last year. It comes as a timely homage, 60 years after Turing’s death. The concert also includes new orchestral arrangements by renowned film composer Angelo Badalamenti of Pet Shop Boys songs chosen by Tennant and Lowe, as well as the exuberant overture to their 1991 tour, Performance, heard live in concert for the first time.” [BBC Proms website] 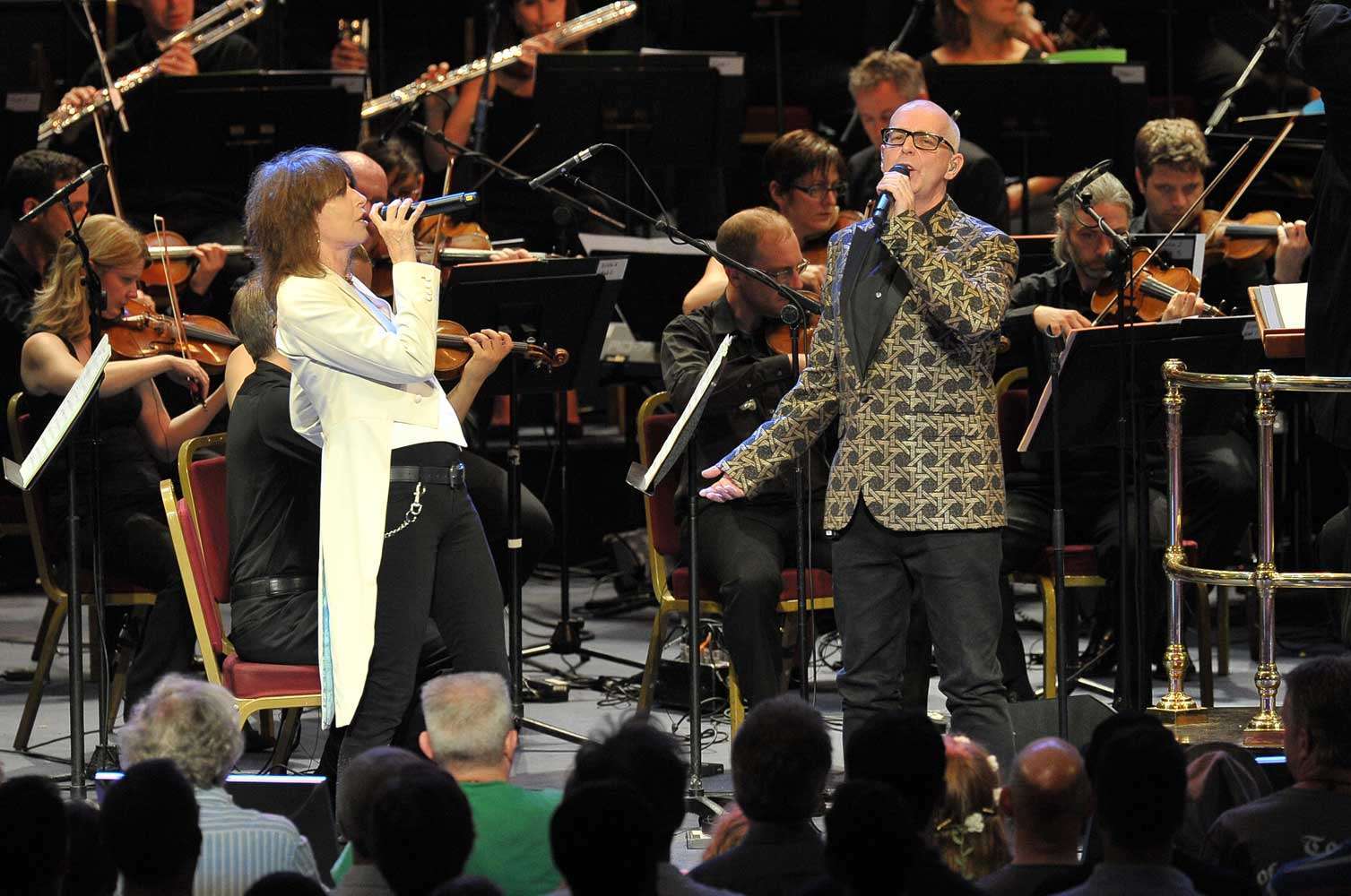 The Pet Shop Boys have been releasing beautifully laconic electro-pop music for close on thirty years, but having long mastered the art of the short pop song they are proving increasingly capable of working on a much bigger scale. Neil Tennant and Chris Lowe have already shown a keen sense of theatre in their imaginative and often extravagant shows, and throughout their careers their music has demonstrated an affinity with Baroque chord progressions, used in songs such as ‘Go West’ and ‘Hold On’.

A Man from the Future is on this newly ambitious scale, a working project of substance long before Roger Wright included it as a premiere for the Proms. In it the creators renew their acquaintance with the BBC Concert Orchestra and Dominic Wheeler, formed in the making of the 2011 ballet, The Most Incredible Thing. On this evidence, though, A Man from the Future is a big step forward, both stylistically and emotionally. It was helped by that acoustic rarity, an ideal balance between pop group and orchestra in the Royal Albert Hall. The chattering electronic loops were spun unobtrusively by Lowe from his position at the back of the stage, replete in trademark sunglasses and cap, and they dovetailed seamlessly with the broader strokes of the orchestra, sensitively amplified. Meanwhile Tennant took up his position with the BBC Singers, intoning solemn refrains and chant-like figures at important junctions of the plot. 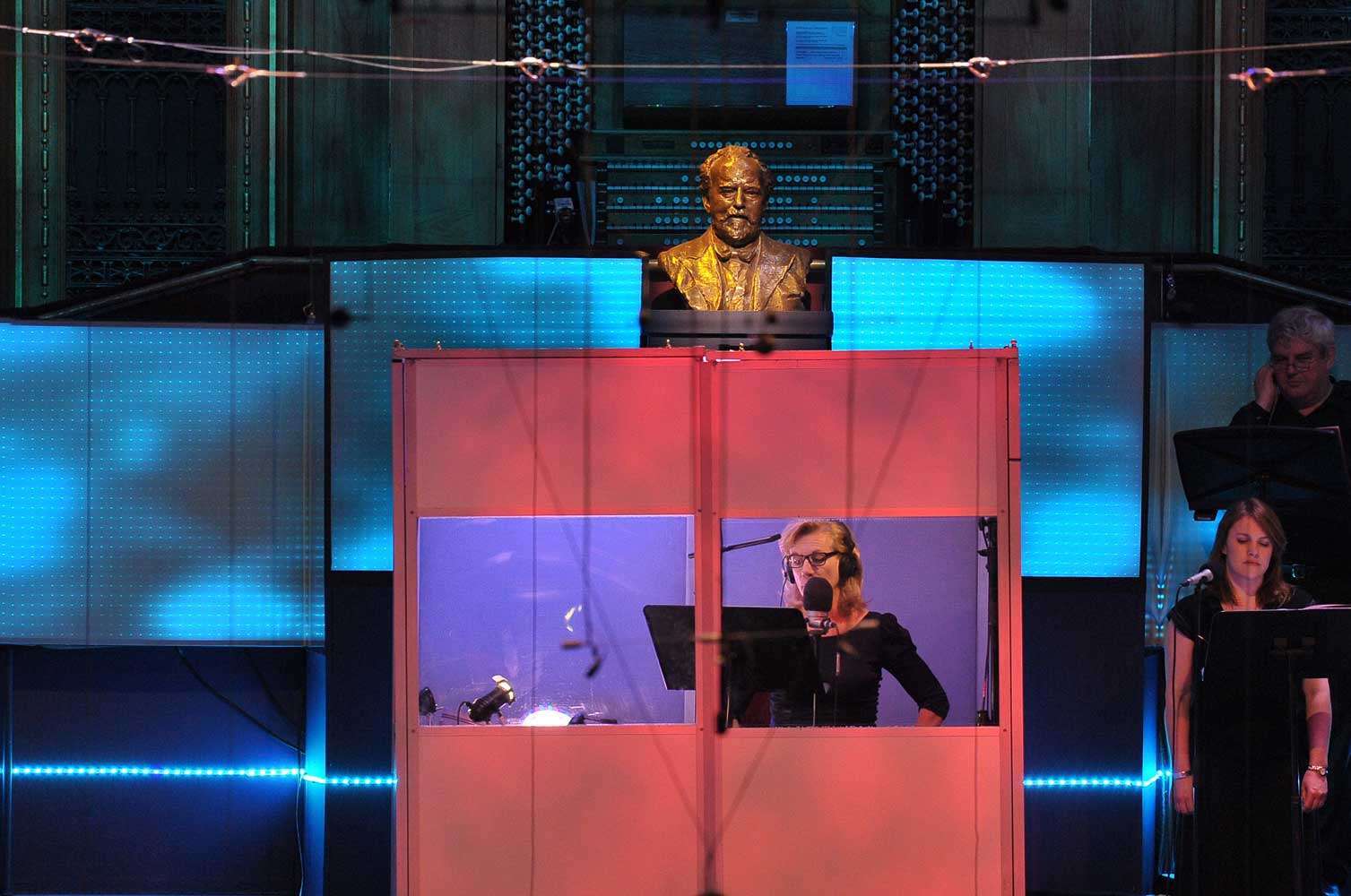 Their sensitive contributions corresponded with the cool detachment Juliet Stevenson brought to her narration, detailing the life of Alan Turing, the celebrated Enigma code-breaker who suffered the ignominy of his country effectively turning on him in a prosecution for gross indecency through homosexual activity in 1952. He took his own life in response two years later.

Nearly half a century on, these particular wrongs were righted in an apology from then Prime Minister Gordon Brown, whose pardon was an unexpected intervention woven into the work’s closing pages. This proved the culmination of a script largely of Turing biographer Andrew Hodges’s making, the material whittled down to matter-of-fact diary entries on his life, to which the music responded with thoughtful dignity. Stevenson herself was broadcasting from a centre-stage enclosure that cocooned her from the audience, but her sonorous tones were perfectly cast, and the refrain “natural orders every child should know, the birds and bees and how the trees grow” was moving in its relative simplicity. 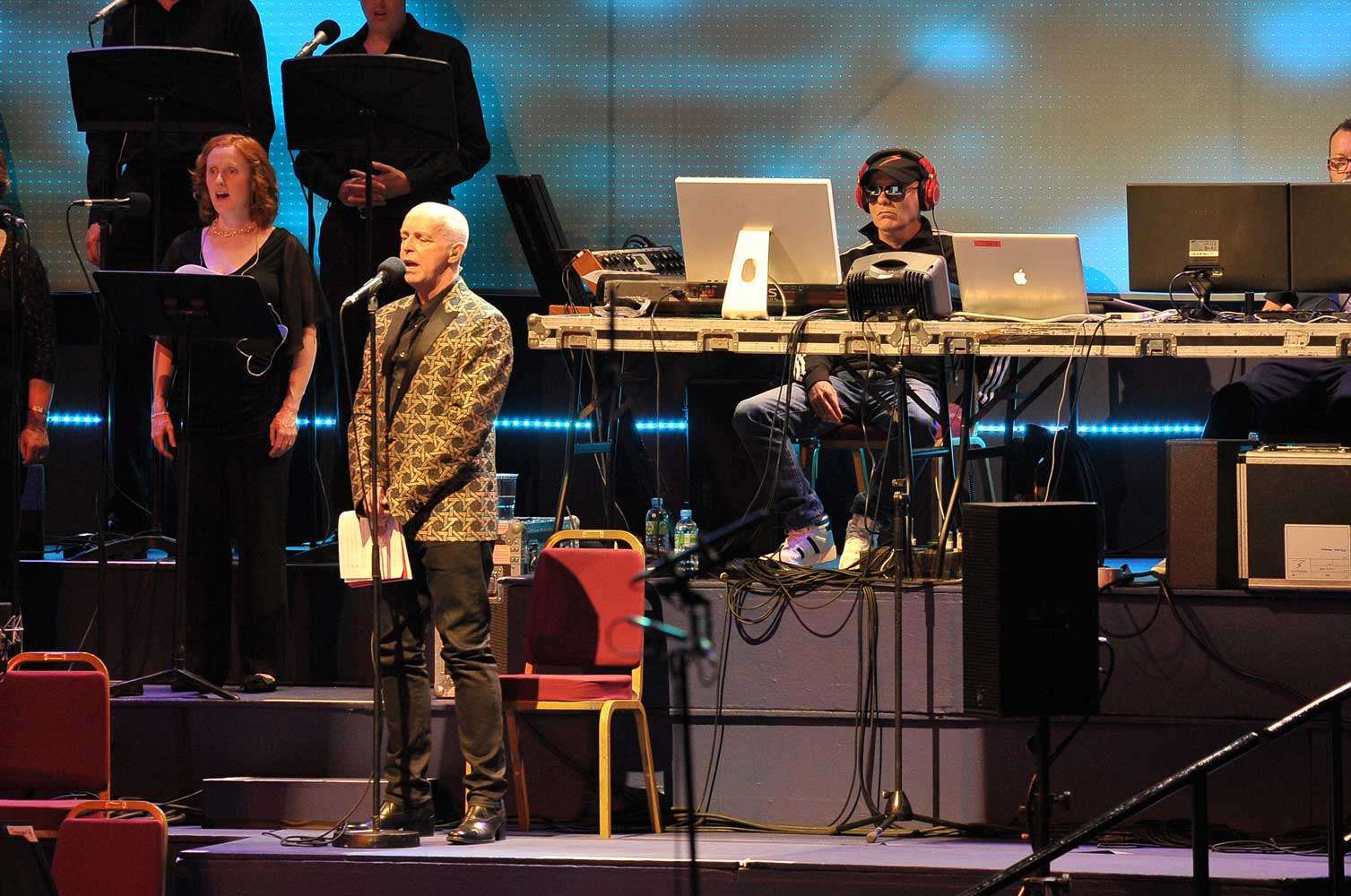 The music kept a noble countenance in the face of gross adversity, though when signs of tragedy surfaced the score was not afraid to confront it through increasingly tortured harmonies and fractious bursts of brass. The probing electro-rhythms were used sensitively and sparingly, while over the top were soft appropriations of Morse code, reminding us of Turing’s genius as a thinker who helped save thousands of lives – but ultimately not his own. This was ultimately a dignified and lasting tribute to Turing that recognised his pioneering achievements in both fields of science and sex – one of the refrains pulled out memorably for the BBC Singers, excellent as they soared above the texture. It deserves to be heard again, particularly with a biopic of Turing due in October.

Preceding this premiere were the Four Songs in A minor. These were carefully selected, omitting three big Pet Shop Boys’ hits in that key (‘What Have I Done to Deserve This’, ‘Heartbeat’ and ‘Domino Dancing’) in favour of more reserved material, building on an arrangement of ‘Rent’ made by Angelo Badalamenti in 1989 for Liza Minnelli. Here the role of cabaret singer fell to The Pretenders’ Chrissie Hynde, who possesses an almost identical vocal range to Tennant. She sang with great intensity, the torch song ‘Love is a Catastrophe’ compressing the Royal Albert Hall to the intimacy of a smoky nightclub, Badalamenti’s experience drawing attractive nuances from the strings, whose initial Philip Glass-like pulses gradually diffused. ‘Later Tonight’ (from the album Please) kept the fires burning, while ‘Vocal’ (from the recent Electric album) added more urgency. Just as the key of A minor was beginning to wear a little thin we heard ‘Rent’ itself, Tennant ghosting onstage for a memorable duet. The chemistry between the two was compelling as they deadpanned the lyrics, “Look at my hopes, look at my dreams, the currency we’ve spent – I love you, you pay my rent!”.

The Prom was structured in a traditional format, beginning with a concert overture – Performance – recreated by Richard Niles from its equivalent role on the Boys’ world tour of 1991. In orchestral guise it was extremely effective, with a spirited performance secured through Wheeler’s energetic leadership. While quoting from nine of the duo’s songs the standout was from ‘Being Boring’, which was far from that – swinging with gusto as it set out the night ahead.