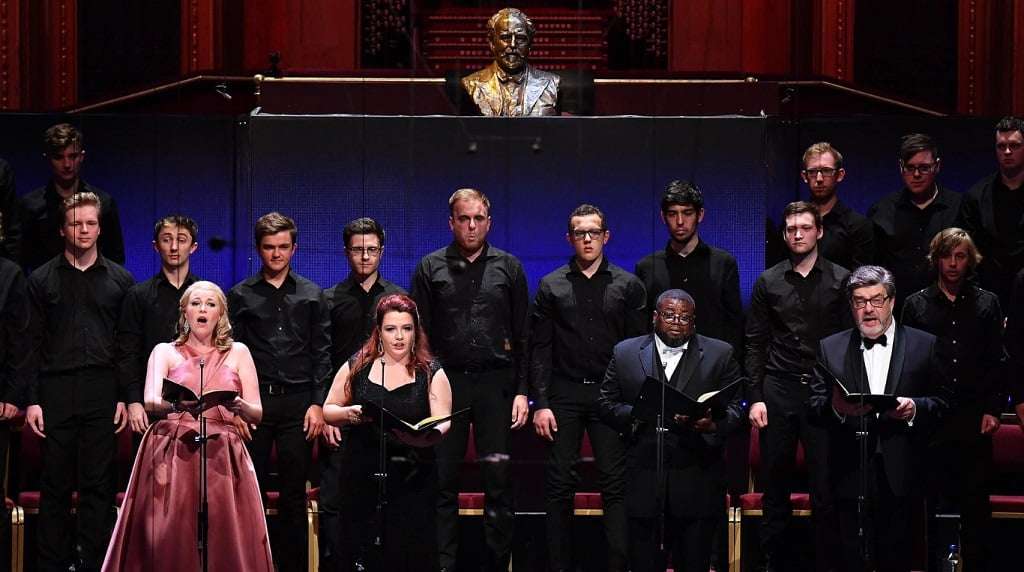 “War and Peace” was the BBC’s online strapline for this Prom given (mostly) by the multinational ensemble founded by Sir Georg Solti on the fiftieth-anniversary of the United Nations in 1995. Ironically as some see it, Valery Gergiev has been the conductor most associated with the project since his death, not least at the Proms, but here the podium was occupied by Donald Runnicles.

We began with a newly commissioned a cappella piece by a composer it is tempting to dismiss as Latvia’s answer to Eric Whitacre or, to paraphrase Pierre Boulez, the second, or even third, pressing of Veljo Tormis et al. The result is unchallenging if nicely conceived for the talented youngsters of the BBC Proms Youth Choir, the composer being a singer himself. The orchestra, already assembled, remained silent but tuned metal bars or metallophones were struck by some of the singers to signify the unchanging nature of time. Longfellow’s poem (which seemed to have lost its indefinite article somewhere along the line but regained it in the booklet) can only be read as an encouragement to the young at a time of peril and disillusion. The setting is modal near-pop, eminently straightforward save for some reliance on an unexpected “Nn” sound which triggers a modest cluster-chord and a slow clinking and whistling Neptune-like fade. The conductor was the vastly experienced Simon Halsey.

Runnicles is another practised helmsman, one whose sensible, mainstream accounts of orchestral repertoire rarely fail to satisfy. The Britten was indeed played well for the most part without ever approaching the intensity associated with the composer’s own recording or André Previn’s twin efforts, all made when the music was heard less often and needed some special pleading. Not that Britten cared for too much emoting. Previous Proms renditions include one under Sir John Barbirolli whose New York premiere performances the composer considered excessively “serious”. Runnicles’s low-key, cautiously colourised conception might have pleased him more but it was peculiar to read in the programme-note of the saxophone “batter[ing] itself into oblivion” when the aim seemed rather to integrate its sonority into a smoothly unruffled divertissement. After this not-so-terrifying ‘Dies irae’ the third movement hung fire, decidedly un-anguished, unless the intention was to give it the hieratic detachment of Stravinsky’s Symphony of Psalms. 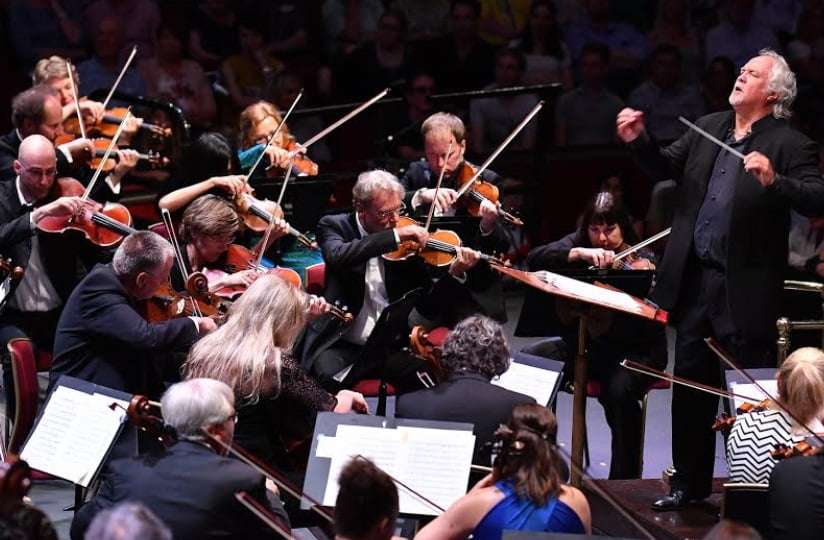 The still more-or-less traditional annual Beethoven Nine followed after the interval. The young chorus proved simply magnificent, singing from memory with the distinctive bright youthful timbre of 250 voices. The orchestra, stuffed full of fine players from thirty-five countries, offered some lovely detailing but tended to default to metronomic sobriety. The opening movement seemed under-rehearsed and lacking in definition. Whatever the literal fidelity of the playing, it was liberating the spirit within that presented the real difficulty. Desultory applause greeted this movement and the Scherzo which was at least a livelier affair. The programme-note highlighted the role of the trombone-writing in the Trio. Yet again Runnicles preferred an integrated blend.

Having the vocal soloists arrive between the second and third movements is always a mistake. As could have been anticipated many audience members renewed their clapping and were still muttering and munching as the Adagio got underway. Indeed Runnicles only just managed to start the Finale without another half-hearted ripple. His multinational quartet (Erin Wall particularly good) did not disappoint and it may be that Franz-Josef Selig felt obliged to hang back initially so as to nip in the bud any incipient tendency to race ahead of the beat. Orchestrally speaking, textures were spry and apart from the odd vibrato-lite passage there was nothing fashionable about the music-making unless you include the antiphonally seated violins. Tempos were unexceptionable, harmonic crunch points under-egged.

All in all a slightly bland evening with however some wonderful singing from the BBC Proms Youth Choir.