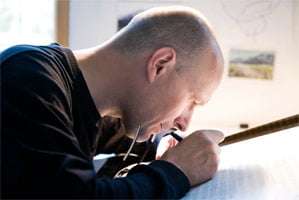 The BBC’s commitment to new music is vital to the Proms, and this closely linked programme of Austrian music demonstrated clearly why. Thomas Larcher, born in the Tyrol, has shown how it is still possible to write imaginative tonal music without resorting to cliché. The premiere of his ‘double concerto’, written for husband-and-wife team Viktoria Mullova and Matthew Barley, offered the chance to hear a new approach to a relatively traditional idiom.

In the preceding Composer Portrait, Larcher enjoyed a frank and revealing discussion with Andrew McGregor, where he declared himself to be “fed up with title-mania”, preferring instead to let his music do the talking. Unfortunately the 45-minute slot dedicated to Larcher’s profile contained only 19 minutes of music, which was frustratingly segmented. We heard the finale of his Sonata for solo cello and two movements of the five comprising Kraken, a piano trio. These revealed the tonal base to his music, taking shape in the Sonata through a low, rather elegiac motif, wispy and reflective in Frederique Legrand’s thoughtful performance. Kraken is on a larger scale and of greater consequence, profiling as it did the composer’s friends. The frustration here was that McGregor and Larcher spent time talking about the movements that we did not hear, in a manner akin to dangling the carrot and snatching it away – more music would have been welcome, no matter how informative the chat. Centrepiece of the Portrait was a work for prepared piano, Antennen-Requiem für H, which does not use the keys. An innovation, perhaps, but also an attempt to escape what Larcher termed “normal” piano sound, which he felt had reached its zenith with Rachmaninov and Bartók. Larcher and pianist Petr Limonov played without a score, the course of the piece plotted by the composer’s directions. This involved the manipulation of the piano strings by stress massage-balls, stones and various metallic implements. It resulted in some truly unusual sounds, but was curiously ‘anti-instrumental’ in its outright rejection of the piano’s basic functions. 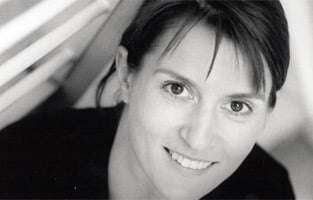 Anyone else frustrated by the episodic portrayal of the composer had a greater reward with the ‘double concerto’. Larcher had spoken of how his music aims for the experience of extraneous noise being switched off, like walking into a quiet room from a busy street. In the Concerto this experience was achieved at the start of the second movement, coming as it did after some searching material in the first. The distinctive theme that began the piece, given out by Matthew Barley’s plaintive, vibrato-less tone, had a whiff of plainchant about it, and portrayed the composer’s nervous emotions when performing in the Royal Albert Hall for the first time, as part of a performance with Barley and others of Messiaen’s Quartet for the End of Time. Once outlined the theme becomes a point of reference, though the second distinctive idea, a chorale whose harmonies are skewed to obscure tonal destinations, becomes the more memorable, especially when Mullova and Barley used it softly in their cadenza. Mullova it was who took control of the performance, though the ‘concertino’ section – Larcher on prepared piano, Christof Dienz on electric zither, Luka Jukart on accordion and Martin Brandlmayr on percussion – was expertly marshalled by the composer, the eye darting this way and that to work out where the vivid treble sounds were coming from. The battery of orchestral percussion was superbly played, too, with the sudden bursts of tonality from the wind and upper string choirs tightly controlled by Ilan Volkov. Ultimately the Concerto’s destination was a restive C major, though this was thrown into wider perspective by the imaginative orchestral colours, and an ending that could have been banal proved strangely moving, resolving – but only just.

Larcher and his concertino sat in the Stalls for the Bruckner, perhaps aware that his symphonies go well with contemporary music whose primary concern is in sonic appearance. As it was Ilan Volkov secured an often-beautiful sound from the BBC Scottish Symphony Orchestra in this carefully prepared account. It was an interpretation that at 70 minutes or so did not tarry, but which explored the tension between fast and slow pulses running through the work. Volkov was perhaps too pronounced in between the two, and with some rubato that disrupted the melodic phrasing, but he was helped by some excellent solo contributions. Stella McCracken’s plangent oboe solo in the slow movement was particularly affecting, countered as it was by some fluid string playing. In the carefully-paced first movement it was the pianissimo solos from horn (David Flack) and flute (Rosemary Eliot) that made their mark. The scherzo and especially the trio could have explored the composer’s humorous asides more, as could the start of the finale where the interjections from the clarinets were relatively straight. The Fugue that follows was impressively hefty, and if the brass chorale was perfunctory in its first appearance it became a crowning hard-won victory at the end, Volkov seemingly always aiming towards this.