Arriving in the twentieth-century, the Proms lunchtime’s 800-year musical survey concentrated on two divergent Polish composers working in the 1950s; although Weinberg had found refuge in Soviet Russia, Bacewicz (here fulfilling the role of a female composer new to the Proms) had stayed in Poland. This was a serious and sombre concert, where personal experience seemed woven into the fabric of the music, with the difficulties of post-War existence seeping through both harmony and melody. 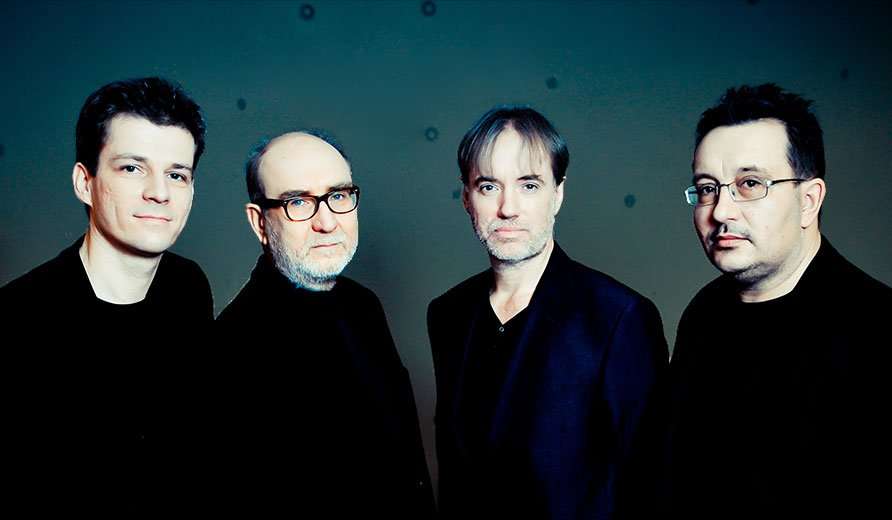 The Silesian Quartet, formed over forty years ago (and belying their years), with 140 premieres to its credit, and pianist Wojciech Świtała marked the centenary of Weinberg’s birth and the fiftieth-anniversary of Grażyna Bacewicz’s death. Apart from the distance between them geographically, their moods and sentiments seemed remarkably similar.

Weinberg’s Seventh String Quartet, from 1957 (the Borodin Quartet gave the premiere), is in three movements with textures sparse and harmonies equivocal, similar but distinct (and perhaps less purposeful) than his friend Shostakovich, although there is a homage to Shostakovich’s Third Quartet in the middle movement, a chugging dance with violin pirouettes above. The Silesian Quartet’s sound – perhaps exacerbated by the players’ lean vibrato – was verging on the thin and sometimes edgy, without full bloom, but this pinched sound certainly fitted the mood of both pieces. The Finale, more intricate in its palindromic arch of twenty-three Variations, offers notable solo opportunities for the lower instruments.

Unlike Weinberg (ten years her junior), Bacewicz had headed west and studied in Paris before the Second World War. Her First Piano Quintet, from 1952, is in four movements, with an infectious Scherzo, based on an oberek, placed second. Wojciech Świtała’s piano filled out the sound a bit, the first movement growing slowly and organically with its repeated phrases, before the piano takes a leap and tumbles down the keyboard, goading the strings to do similar plunges. A return to the opening atmospheric hesitation contrasts with the piano’s light-fingered dance to open the Scherzo, in turn slowing for the viola’s quieter musing.

The long oscillating piano solo of the Grave slow movement found the Silesian players in introspective mood, solo lines rising out of the texture and falling back again; an icy chill pervading the whole. The Finale is more virtuosic, perhaps with a hint of French whimsy, before it too slides in and out of slower, more melodious solos, before astrident close.

This was an intriguing Janus-faced, East/West-looking programme which uncovered works worthy of further performances.