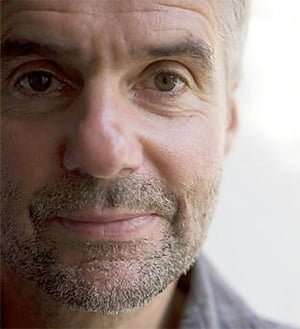 This fifth and final Proms Saturday Matinee concluded the Saturday-afternoon Marking of Benjamins Britten’s centenary year by placing him in the context of his British contemporaries with works by Tippett and Walton. Included was the premiere of Britten’s Elegy for Strings. It seemed appropriate that this piece new to us was performed by a group making its Proms debut. Camerata Nordica plays without conductor or with the use of chairs (for the upper strings, anyway), adding visual drama to its performance.

Britten’s Simple Symphony is a charming set of four movements based upon themes composed between the ages of 9 and 12. Camerata Nordica captured the music’s inherent humour, from the scampering ‘Boisterous Bourrée’ to the thrilling romp through ‘Frolicsome Finale’. Clean articulation was coupled with a light but resonant sound, although the focus occasionally drooped in the tender moments of ‘Sentimental Saraband’.

Clocking in at just over ten minutes, Michael Tippett’s Little Music for Strings is of four modest sections played continuously. Camerata Nordica brought a soaring lyricism to Tippett’s angular and melodic lines, and its emphasis of the linear aspect of the part-writing helped to maintain a sense of flow and direction. With spacious cadences and rhythmic punch, it was an exuberant performance.

The premiere of Britten’s Elegy for Strings followed. The piece was written in the school holidays when Britten was 14, by which time he was already having lessons with Frank Bridge. A pathos-laden chorale introduces the funeral march theme, which is restated in the brisk Allegro (over crisp chordal accompaniment). A warm major-mode section offers some light relief from a stormy fugato, before a return to the opening of the Allegro and a reminiscence of the chorale. Tønnesen’s plaintive violin solo heralded a rich passage, before the work concluded by retreating to the depths. Although the material needed more development, it was fascinating to hear Britten finding his voice at such an early age.

From Britten’s early output to later: Lachrymae is a set of variations on Dowland’s ‘If my complaints could passions move’ and composed in 1950 for viola and piano as a break from Billy Budd, and arranged with strings in the last year of Britten’s life. Camerata Nordica provided an atmospheric accompaniment to Catherine Bullock’s solo, whether in fragile glassy chords or the burnished lower strings of the last variation. Bullock gave an introspective and restrained reading, characterising the music well. However, she sounded nervous: not only quiet but her upper range lacked some richness.

An obvious bedfellow for Lachrymae is William Walton’s Sonata for Strings. Walton completed his (second) String Quartet in 1946, re-working it for string orchestra in 1971 at the request of Neville Marriner. Even though the String Quartet was critically disparaged as “laboured” and “not first class”, Walton’s biographer Michael Kennedy heralded it as the rediscovery of the composer’s “true voice”. The work still contains traces of its original conception, retaining intimacy. Camerata Nordica’s lean sound gave the piece a touch of elegance, preventing indulgence but without sacrificing the air of wistful nostalgia which suffuses the first movement. The Lento was particularly special: the players shaped it well, bringing a sense of calm to Walton’s long-breathed melodies and building effectively to climaxes with a round and robust sound. However, the group’s lively approach would have benefited from a touch more restraint and consideration: a few passages (most notably in the second-movement Presto) sounded wild, with slips of both intonation and tone creeping in.

A recurring problem throughout the concert was the cohesion of the first violins, particularly when heard against the exemplary blend of the cello section. Overall, though, these were fresh and engaging performances.