A packed house greeted our friends from across the pond for this appetising programme, which, on the whole, did not disappoint. 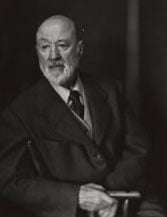 Charles Ives was a part-time composer; his ‘day job’ was as an insurance broker! His Second Symphony, written at the turn of the twentieth-century, gives an ironic commentary on themes that Ives saw as irrelevant to a young American composer, whereas his gentle Third Symphony, is more conventional. The three-movement work started life as a set of three organ solos before being orchestrated. Mahler, shortly before his death, intended to perform the work but left New York with the fair-copy of the score and it remained unperformed for 35 years (none of Ives’s other symphonies had yet to receive their first performances, either).

Scored for strings, reduced woodwind and brass and bells, the detached soundworld conjured by Michael Tilson Thomas seemed ideal, especially in the pastoral world evoked by the solo offerings from the flute and oboe. The close of the opening movement (‘Old Folks Gatherin’’) demonstrated perfect control – enchanting music-making. The second movement, ‘Children’s Day’ found MTT dancing on the podium, injecting jollity into the music. The last movement, ‘Communion’, allowed the strings, especially, to display the depth of their rich sonorities, and another wonderfully-controlled fade to nothingness, with such delicate bell-playing, caused rapt attention. What a pity certain, very selfish, members of the audience did not allow the rest of us to savour the music – they are more interested in vacuous clapping. 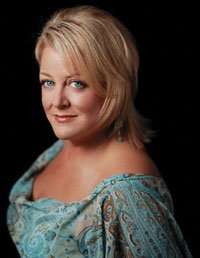 Deborah Voigt’s voice is as strong and emotive as ever and as Salome one believed her every vicious and enticing word – what a perverse joy the Final Scene from “Salome” was, which begins just before the presentation to Salome of John the Baptist’s head on a silver platter and involves her delirious hungering for the body before Herod can bear no more and orders her death. Accompanied by gripping then beautifully (and perversely) seductive music, Voigt gave her all and she projected into this cavernous hall with ease: every syllable was laced with feeling.

A cosmopolitan rather than a Russian sound was produced by the orchestra for the Shostakovich symphony. What the music lacked in bite was made up for in the gentle and contemplative passages, such as in the lyrical sections of the first movement, though MTT’s choices in tempo came unstuck with no individuality between episodes. The closing climactic passages certainly lacked the primitive power they required. The wry scherzo was too warm, lacking swing, though there was a spirited violin solo from the Concertmaster. The Largo fared best evincing hauntingly beautiful, organic growth and the very quiet solos were crystal-clear in their refinement. Quite why MTT did not launch immediately into the finale was bewildering. It not only ruined the close of the Largo (because of the seemingly-requisite loud coughing that punctured any sense of serenity) but it also denied the opening of the final movement its surprise of a fierce and lacerating effect. The close was stately enough in its defiance but the very end needed a hollower edge.

A fitting encore was the overture to Leonard Bernstein’s “Candide”, which really swung and swaggered and was an utter joy. What a pity BBC2 did not broadcast it especially as it was a delayed relay (BBC Radio 3 took the concert live and stayed for the extra item) – some of the irrelevant interval chatter could have been removed instead to make room.