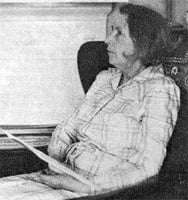 Like Frank Bridge, the sea Grace Williams (1906-1977) evokes is one she had lived beside (and was to again), on the coast of Barry in Wales. Through a distanced, chilly reticence and coolly British reserve and introspection, her music – tellingly – evokes the sea’s grey-silver. You can hear the white flecks on the waves and the coolness of the waters. The watchful opening and closure to ‘High Winds’ and the indication of a new soundworld from the violas and cellos in ‘Channel Sirens’ held my attention. ‘Breakers’, more active, was riveting with its descending chromatic scales becoming more and more jagged, conveying how veering winds in a high sea can be frightening, powerful and unexpected.

The music does not warm your heart or fire your veins, but it wins your respect. The idiom is traditional – reflecting but not copying her two best-known teachers: Ralph Vaughan Williams and Egon Wellesz. Grace Williams has her own quiet voice, however. In Sea Sketches she uses strings sensitively and resourcefully, producing many sounds of meticulously distinct timbre, catching the ear’s attention. Tadaaki Otaka conducted Williams’s music with affectionate care for its strength and sensitivity – mindful, too, I surmised, of the serenity of Takemitsu.

Elgar’s “Sea Pictures” brought a fascinating companion and contrast, being richer, more robust and more highly coloured, partly owing to Elgar’s use (often quite sparingly) of a full orchestra. There are moments of full-bellied warm-throated Edwardian splendour in ‘Sabbath Morning at Sea’ and ‘The Swimmer’, while the nimble rhythmic tripping of ‘Where Corals Lie’ is justly admired. The opening of ‘Sea Slumber-Song’, with timpani, bass drum and a gong struck quietly expressed the sea’s undertow. 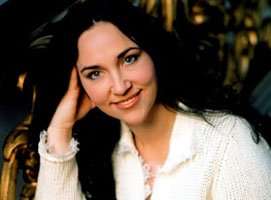 Christine Rice sang with a mellow, smooth undulation, her voice fitting unobtrusively yet richly and assuredly into the accompanying orchestral activity. Seamlessly, Elgar merges the high-points of vocal intensity into the orchestral climaxes, ensuring equilibrium. The performance was a partnership – stirring and in safe hands.

Tchaikovsky’s ‘Pathétique’ Symphony was the evening’s high spot. Its opening set the tone for the sober lament that follows. Otaka, rightly, did not hurry – especially for this sensitive interpretation. The music proceeded in measured gravitas. Phrase after phrase was introduced, quietly asserting a mellow sobriety. There was melancholy and resignation here. But, also, there was a sense of symphonic development. This is the hallmark of a conductor of Tchaikovsky worthy of the highest respect (compare the dignity of Furtwängler’s treatment of this work, barely equalled 70 years later – or Celibidache’s). 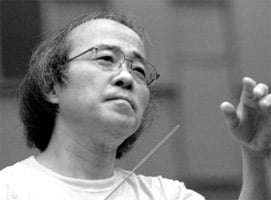 After the ‘big bang’ in the middle of the first movement, the playing deliberately strengthened and roughened as it swung into menacing exuberance. It was fascinating to hear the trumpets, trombones and tuba suddenly acquire the rough blare so characteristic of Russian orchestras. The movement’s close was exemplary. The ‘Waltz’ second movement swayed and swirled lyrically, without a care in the world. It was, as it should be, just a little more high-spirited and less graceful than its Viennese counterpart – and meticulously judged on Otaka’s part. The ensuing Allegro molto was a riot – a carnival that became more and more colourful, more and more raucous, ever more energetic. It was brilliant and exciting. While sympathising with those who applauded this ‘March’, I wanted them to know that they had utterly ravaged Tchaikovsky’s dramatic intention of leaving a moment of hovering stillness and silence before re-calling the resignation and sorrow of the first movement.

And in that slow finale, Tchaikovsky contemplating Death itself rather than his own suicide, Otaka’s approach was in accord, music-making of almost indescribable dignity and sobriety, gliding towards a sublime gloom. There was no attempt to make this performance immediate or obvious … it brandished no histrionics but reflected Tchaikovsky’s own musicianship rather than some imputed melodrama.