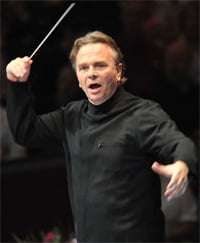 It might seem a little odd but Shostakovich has lost his shine with Russian audiences. On a visit to St Petersburg in the composer’s centenary year (2006) I attended a Shostakovich concert, including his popular Fifth Symphony, which played to a far from full hall, despite there being tributes from contemporaries during the interval. Two further visits allowed me to seek an explanation for this seeming indifference. I was told that the older generations now wanted to forget the hardships and tribulations suffered under a dictatorial communist regime whereas the younger generations merely want to move forward to a more prosperous, happier way of life, now possible. It appears ironic that it is Western audiences who still revere Shostakovich, the most popular symphonist since the age of Mahler and Sibelius. In the UK this appeal is heightened by the presence of numerous Russian maestros (Gergiev, Jurowski, Vasily Petrenko and the Latvian Nelsons) now in charge of British orchestras.

But the truth is that Western audiences can have no real sense of what lies behind the facade of the most-significant works of Russia’s master composer; the suffering, the anxiety, the sense of impotence in the face of an implacable State system designed to obliterate any individuality. We can relate in abstract terms perhaps and place our imaginations at the feet of Shostakovich, which is exactly what happens when we listen to his symphonies. It is then up the conductor to allow us to enter this strange world of double-meanings, bitterness and irony that permeates all the best music. In this respect Mark Elder was peculiarly helpful in opening the door into such a strange imagination.

The Tenth Symphony is the finest example of Shostakovich seeking to write a symphony in a way that non-Russian audiences are used to, a classical approach to first movement sonata form, a short scherzo, a slowish third movement and a fast finale. If only life was that straightforward! These might be the ingredients but the cook conjures up all sorts of blends and flavours. Elder certainly added a Russian authenticity to the soundworld. There was nothing glib about this interpretation; he paid careful attention to dynamics, often reducing the sound to a whisper (as in the fabulous playing of the flute melody in the first movement); there was a remorseless feeling of foreboding throughout coupled with a true sense of fatalism and defiance.

None of the best Shostakovich symphonies (and No.10 is probably the very best!) should be a comfortable listen. They should lacerate our minds and make us ask how such suffering can be endured by humanity. This Russian was not the innovator of his fellow countryman, Stravinsky, but he stayed put (unlike his friend Prokofiev) and lived through all the purges and mutual hatred of a divided society. This is the mark of the man. His music deserves to be measured against the historic background of Soviet Russia. It is a unique testimony to his age in a way no other composer has emulated, with the possible exception of Beethoven. 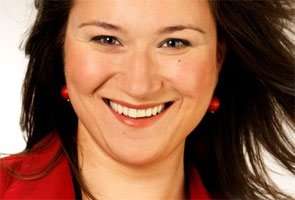 Elder’s wonderful realisation helped in some way to mitigate the disappointments of the first half of a strangely planned concert. It began with a vacuous, mercifully short, inconsequential work by Brett Dean, but there must be better, more representative scores by which to judge him. Amphitheatre for large orchestra, short though it is, frequently got stuck in the groove of stasis and when it did move forward it merely seemed to pay tribute to Mahler and Respighi (in his louder moments). I had thought one innovation chosen was the unusual orchestra layout which featured the double basses as divided four and four across the stage (and funnily by sex too, four ladies and four gentlemen, even Stokowski would not have dared to make such differentiation!) and the brass was scattered. But no, this was the shape for the entire concert, chosen by Elder to support the antiphonal violins.

This unappetising aperitif was followed by selections from Mahler’s glorious “Des Knaben Wunderhorn” songs. Many of the faults heard in the symphonies, repetition not least among them, are entirely absent from these jewels of the orchestral-song repertoire in their wide expressive range, an expressive depth that was caught so effectively by Ekaterina Gubanova and Mark Elder, true collaborators in realising the potency of Mahler’s abundant imagination.

After the Shostakovich, the appropriate encore was Irish Tune from County Derry, Australian Percy Grainger’s arrangement of the Londonderry Air.