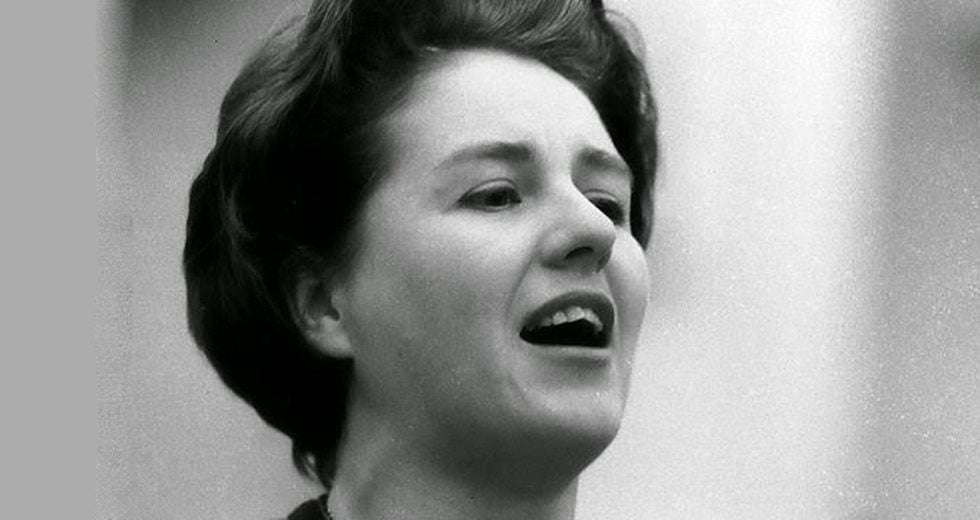 Belfast-born Heather Harper was a confident, versatile creamy-voiced soprano who was a regular feature of UK musical life for some four decades and who then continued to pass on her wisdom and experience as a teacher.

As happy on the operatic stage as she was on the concert platform she was accomplished in many vocal styles; notably, she created several important operatic roles for Britten and Tippett.

The daughter of keen amateur musicians Heather Harper was born into a strongly musical family, and two of her siblings enjoyed careers as orchestral members. She first studied as a pianist, arriving in London on a scholarship at the Trinity College of Music. Singing, initially as a mezzo, was her second specialism, garnering a second scholarship there, and she gained experience as a chorister in both the BBC Chorus (now the BBC Singers) and the Ambrosian Singers.

Her operatic debut was in a relatively unlikely role, Verdi’s Lady Macbeth, which she sang for the Oxford University Opera Club in 1954. Her Glyndebourne debut was in 1957 as the First Lady in Die Zauberflöte. Mozart was an important composer; her interpretations of Countess Almaviva, Ilia, Donna Elvira, and Vitellia were admired and captured on recordings and TV-centered films. She was an active member of the English Opera Group, founded by Benjamin Britten in 1947 to promote and perform British works, and as such she was a regular guest at the Aldeburgh Festival. Although she appeared in and recorded many Britten roles in such as The Rape of Lucretia, A Midsummer Night’s Dream, The Turn of the Screw, often conducted by the composer, she is perhaps best remembered for her devastatingly sincere and emotionally restrained portrayal of Ellen Orford (Peter Grimes) and for creating the sympathetic Mrs Coyle in (Owen Wingrave). 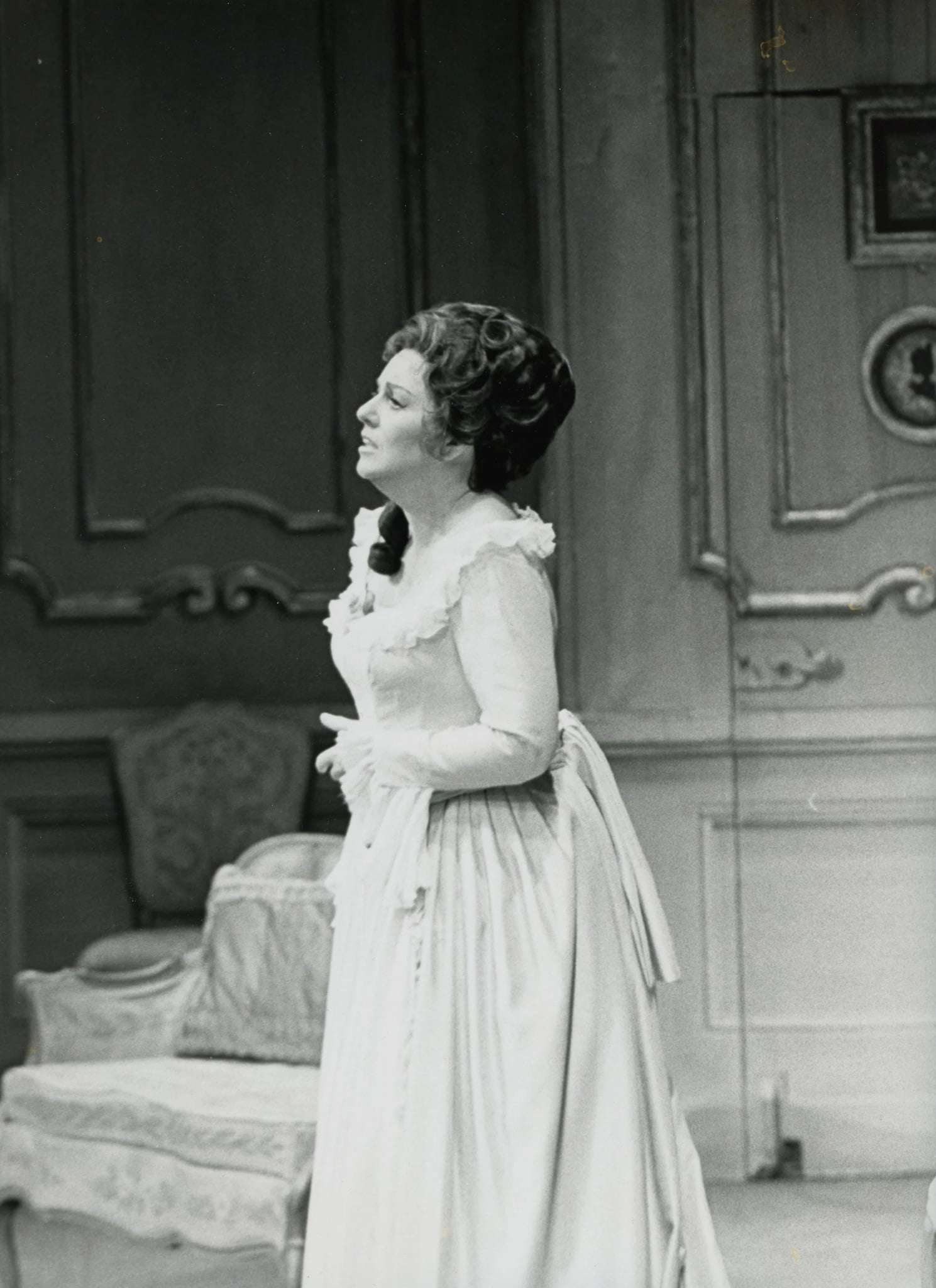 Unsurprisingly, she was a great Straussian. At the Royal Opera House she was a popular Arabella and Ariadne/Prima Donna and she later took on slightly more intense and dramatic roles such as Chrysothemis (1973, under Kempe with a cast including Danica Mastilović and Kerstin Meyer) and later Die Kaiserin in the first revival of the ROH’s first staging of Die Frau ohne Schatten, Solti conducting. One Strauss role for which she was celebrated was absent from her Strauss roster at the ROH – the Marschallin.

Similarly her Wagner repertoire was carefully chosen. She sang Gutrune and Eva at the Royal Opera House and later Elsa (Lohengrin). It was this last role that she also sang in Bayreuth in Wolfgnag Wagner’s production during the Festivals of 1967 and 1968 under Kempe and Klobucar in the first year and Erede the second year. In the first year the series of performances was beset by cancellations; this Elsa could have been forgiven for not knowing who her Lohengrins were each time (they were Sándor Konyá, James King, Jess Thomas, Hermin Esser and Jean Cox). A recording of one of these performances with King under Kempe is available on Orfeo – and the luminous quality of Harper’s voice is very evident as is her great diction. She enjoyed an international following, especially at the Metropolitan Opera in New York and the Teatro Colon in Buenos Aires.

Harper was always ready to embrace new works and challenges. She created the role of Nadia in Tippett’s fourth opera The Ice Break in 1977, after having taken part in the first performance of Tippett’s Third Symphony (LSO/Colin Davis). In 1960 she was Britain’s first stage interpreter of the role of the woman in Schoenberg’s Erwartung. On the concert platform her musicality and versatility were evident and allied to an appealingly professional yet radiant persona.

She was a fine Mahlerian, and comfortable in Handel’s Messiah, Verdi’s Requiem and numerous oratorios, Symphonies with vocal parts and orchestral song-cycles. One of her most notable undertakings was the world-premiere of Britten’s War Requiem at Coventry Cathedral in 1962 at some ten days’ notice after Galina Vishnevskaya was prevented from participating.

It was perhaps her technical assurance, reliability and apparent modesty that meant her considerable talents were sometimes taken for granted. Hers was an undoubtedly great voice and important career and it is fortunate there are so many documents of her appreciable artistry to continue to enjoy.