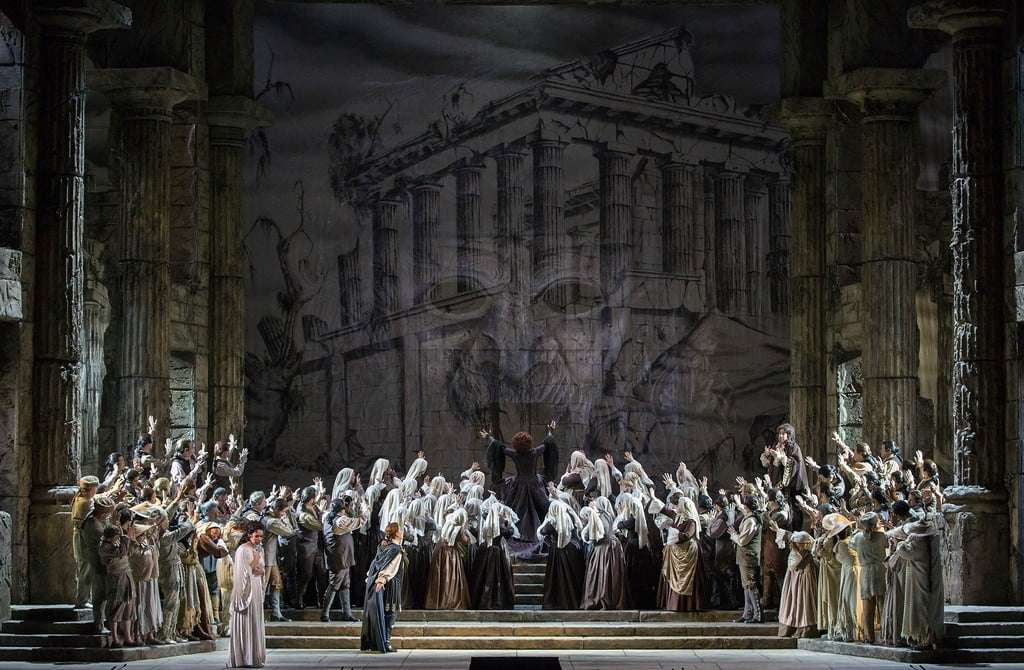 Wolfgang Amadeus Mozart’s Idomeneo is a fascinating work, premiered in 1781 at the Cuvilliés Theatre in Munich. It follows the form of opera seria but also brings in choruses that comment on the action in the mode of a Greek or Roman classical theatre. Mozart also consciously uses recitative, arias and ensembles to allow the protagonists to express moods and feelings, propelling the action forward, if less obviously bravura vehicles for singers, Mozart tailoring the roles to the artists available at the time.
For a revival in Vienna five years later Mozart made significant changes – most notably adjusting the role of Idamante to be sung by a tenor instead of the original castrato, and completely re-writing sections of the third Act; modern performances therefore have a range of options, the role of Idamante sung by tenors or mezzos.
The opera has sublime music, but the pace can be erratic. However, it is important to note that Idomeneo remains a work of enormous interest given that Mozart never approved a definitive version. Richard Strauss and Benjamin Britten both created editions of their own in attempts to bring the work to stage life and public awareness so much did they admire and treasure the material. 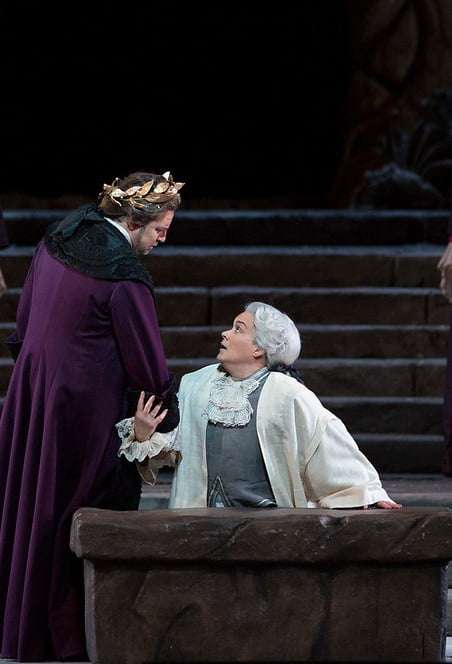 What’s it about?
The events take place on Crete in the aftermath of the Trojan War. Idomeneo was one of the leaders of the coalition of Greeks who had waged war against the Trojans. His idealistic son Idamante has fallen in love with the captive Trojan princess Ilia, and plans to free all the Trojan prisoners to the consternation of the proud Greek princess Elettra, herself in love with Idamante. News arrives that King Idomeneo’s ship has sunk on the return to Crete.
Idomeneo is washed ashore on a deserted beach – in his desperation to save himself from drowning he had invoked the clemency of Neptune, promising to sacrifice the first being he encounters. He is already plagued with remorse about the oath. Help arrives, and to his horror it is Idamante, whom he rejects, much to the distress of the young man. As the populace celebrate, father and son express their fears.
Idomeneo tries to evade the wrath of Neptune by sending Idamante away to Mycaenae with Elettra. However, he also realises the love Idamante has for Ilia. The furious Neptune conjures up a terrible storm and a sea monster attacks the people of Crete. Idomeneo publically declares it is he who has angered the God.
In the final Act Idamante declares to Ilia his intention of facing the monster and Ilia confesses her love for him. The High Priest of Neptune demands of the King who the victim should be, and Idomeneo declares it should be Idamante, who arrives triumphant from slaying the monster.
Idamante accepts his sacrificial fate and Ilia offers herself to be slain in his place. Neptune pronounces that love has triumphed and that he needs no victim – but also that Idomeneo must abdicate in favour of his son. All rejoice save Elettra who rails in anger and fury at lost opportunities. 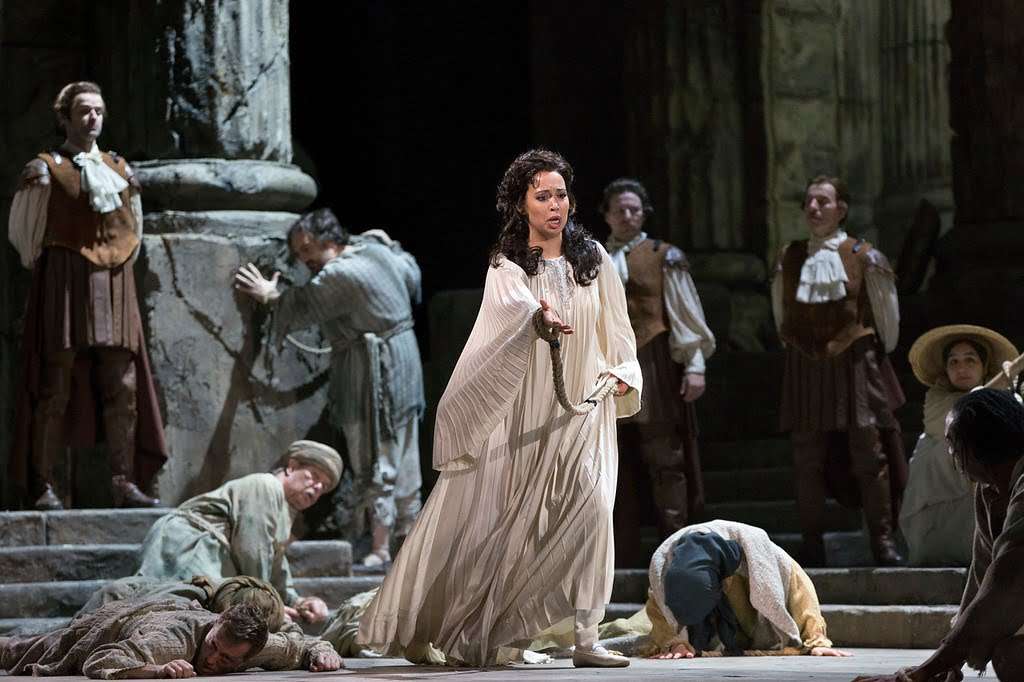 Look out for…
Each of the four main protagonists have great arias, though the soprano singing Ilia has the best music, most notably ‘Se il padre perdei’, quite enchanting and unusually accompanied. She also has a heartfelt evocation of love in ‘Zeffiretti lusinghieri’. In contrast Elettra’s music is agitated, forceful and technically demanding, and there are thrills to be had from her final outburst.
The role of Idomeneo is also demanding on the tenor. His most famous aria is ‘Fuor del mar’. In this Met revival Idamante will be sung by a mezzo, with opportunities for the singer to be both lover and warrior. Also justly celebrated is the Quartet in which the four characters each express their emotions at a critical moment.

Who’s in it?
The staging is a classic by the late Jean-Pierre Ponnelle. Great casts have graced this production, including Luciano Pavarotti. Now that lead role is sung by Matthew Polenzani and Ilia by Nadine Sierra. Alice Coote takes the trouser-role of Idamante and Elettra is Elza van den Heever. Alan Opie sings Idomeneo’s confidant Arbace, and James Levine conducts the orchestra he has helped to nurture as one of the greats.

When’s it on?
If you are in New York City then the matinee is live at the Met itself. Otherwise it is broadcast to cinemas on Saturday March 25.