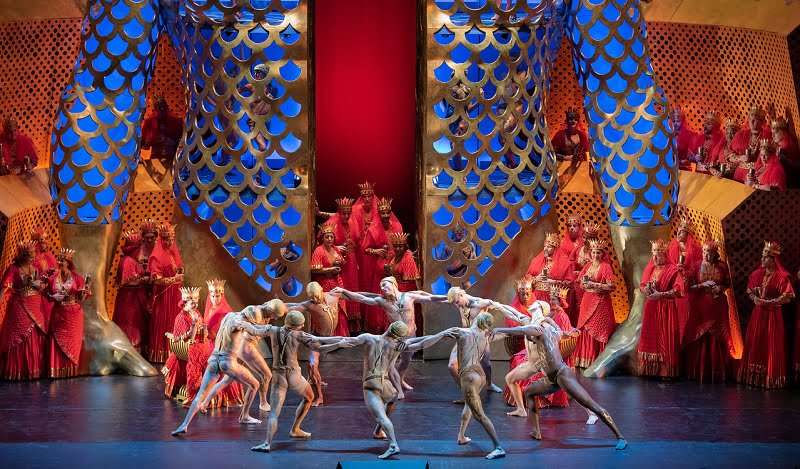 Who wrote it?
Camille Saint-Saëns wrote twelve operas or thirteen if you include his final adaptation in 1910-11 of the drama Déjanire for which he had written incidental music in 1898. Of these only his second opera Samson et Dalila, originally conceived as an oratorio, holds a place in the repertoire, largely owing to its stupendous middle Act. Samson et Dalila had a long gestation. He initially worked on it, setting Ferdinand Lemaire’s libretto, between 1867 and 68. However, friends to whom he played the music were bemused and some expressed misgivings about the subject matter. The project was shelved until the success of his third opera but the first to be staged, La Princesse jaune, whereupon he set to complete Samson. It took Liszt to champion the work and to assist in getting it mounted in Weimar in 1877. The first French performance was in 1890, and the work finally reached a Paris stage in 1892. 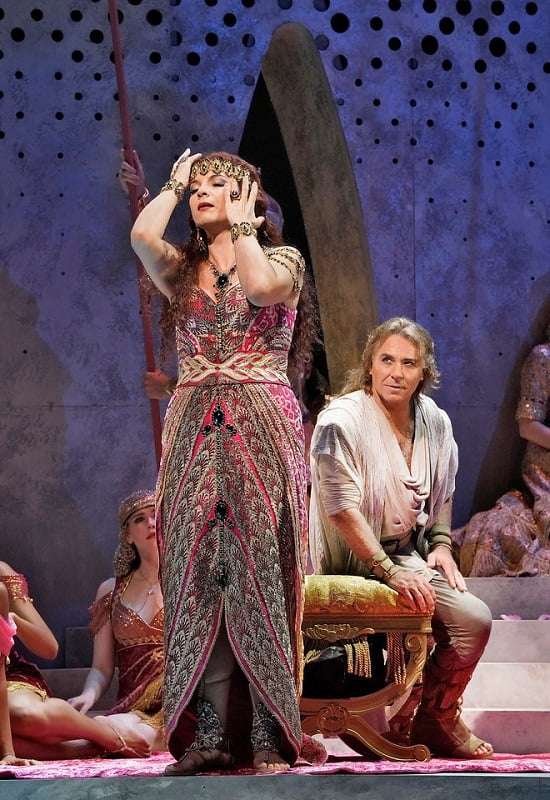 What’s it about?
The story elaborates the biblical one The Hebrews are subjugated by the Philistines. Goaded by the satrap Abimelech, Samson and the Hebrews implore divine intervention which is seemly granted as they revolt successfully, and Abimelech is killed. The High Priest of Dagon seeks to crush the rebellion. Dalila, a Philistine, tries to entice Samson back to her dwelling whilst Samson is warned against her wiles.
In the second Act the High Priest visits Dalila and tells her that her entrapment of Samson is vital for the Philistines to recapture their city. She agrees. Samson approaches warily for an assignation, but he starts to express doubts and informs her that this must be their last meeting for God has chosen him and his people. Dalila extols the power of love and gradually breaks down Samson’s resistance. He vacillates, although he does express his love for her. She becomes increasingly fiery and condemns his apparent frigidity. As a storm approaches he enters her house, which is slowly surrounded by soldiers intent on his capture.
The final Act sees the blinded head-shaven Samson working a treadmill whilst the Hebrews curse his betrayal of them. He is led to a celebration to Dagon and taunted by the crowd, Dalila and the High Priest, ordering him to kneel and pray. Samson asks a boy to lead him to the pillars of the temple and prays for his God to restore his former strength and then with all his might he pushes against the columns that hold the roof…

Look out for…
The role of Dalila is one of the greatest ‘siren’ roles for mezzo-soprano, and she is given several famous arias. ‘Printemps qui commence’ is a slowly seductive number, and Dalila also gets to open the second Act following an atmospheric opening depicting nightfall and the gradual build-up of a storm. She calls Love to aid her in her encounter with Samson in ‘Amour! Viens aider ma faiblesse’. The most celebrated aria is the insinuating ‘Ma coeur s’ouvre â toi voix’, another languidly seductive tune. Samson joins in towards the second stanza and the aria turns into an amazingly intense and emotional duet.
Samson has a great solo scene with off-stage chorus at the start of the third Act to inject some pathos. He also gets some wonderfully charged moments at his first appearance as he encourages the Hebrews to action against their oppressors.
The baritone role of the High Priest of Dagon is also rewarding. He gets an aria cursing the Hebrews and a vengeance duet with Dalila.
Samson et Dalila is a French opera and that means some ballet sequences; there are two, but the famous one is the ‘Bacchanale’ that opens the festivities to the God Dagon in the final scene. Here Saint-Saëns provides a set of dances of vitality and with lots of exotic colour.

Who’s in it?
Roberto Alagna takes on the role of Samson. His performances in romantic French opera of this period have always brought out the best of his talents. There’s luxury casting for the role of Dalila in the person of Elīna Garanča. This voluptuously rich-voiced soprano is in her vocal prime. In the important role of the High Priest we have another baritone with stupendous form, Laurent Nouri. Mark Elder conducts this new production directed by Darko Tresnjak.

When’s it on?
If you are in New York City then the matinee is live at the Met itself. Otherwise it is broadcast to cinemas on October 20.