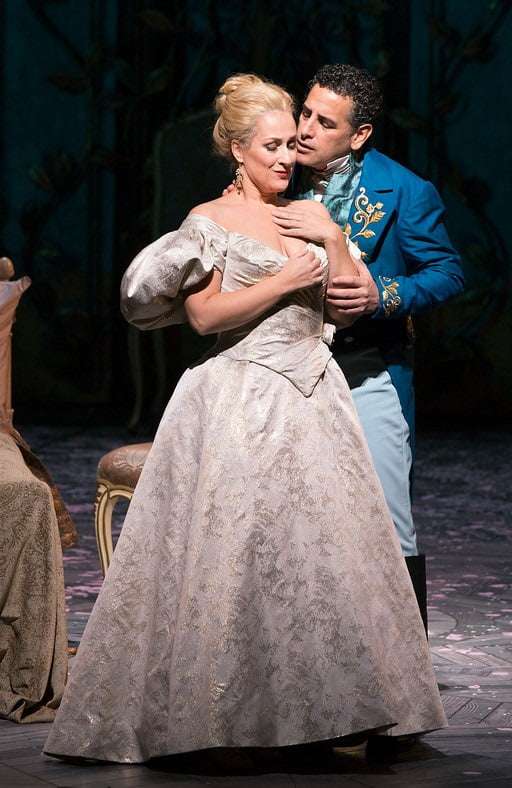 Who wrote it?
La traviata, now one of the most-popular of operas, was premiered at La Fenice in Venice in 1853 to a somewhat mixed reception, possibly because the singers were not up to the mark. Based on the play La Dame aux camélias by Alexandre Dumas (the younger), itself an adaptation, the text Verdi set is by one of his regular librettists Francesco Maria Piave. The opera had a difficult inception as the management of La Fenice did not wish this story of a consumptive courtesan to be given a contemporary setting as Verdi had intended, and indeed censorship also contributed to the many hassles Verdi encountered. In its wake operas with impoverished heroines dying of consumption (e.g. Mimi in Puccini’s La bohème) became rather commonplace! Verdi created some great roles in La traviata and composed some of the most-memorable music of his early-middle period, although the technical demands are significant.

What’s it about?
Violetta, a young and wealthy courtesan with many friends and admirers, is holding a party in Paris. There she meets Alfredo Germont, much to the chagrin of her current lover Baron Douphol and the bemusement of her gossipy friends. During the party she has a coughing fit which she brushes off, but Alfredo expresses his concern for her. She gives him a flower and promises rather lightly she will meet again the next day. After her guests leave she muses on this encounter, for it has touched her deeply, but she resolves to continue living her life of freedom.
In the second Act we see the pair united as an unmarried couple living in the French countryside in a seemingly blissful fashion. Unknown to Alfredo they are living way beyond their means, and only Violetta’s selling of her assets is keeping them afloat. When Violetta’s maid Annina reveals this to Alfredo he rushes to Paris to halt further sales. Violetta is surprised by a visitor who turns out to be Alfredo’s father, Giorgio Germont. He demands Violetta to break up with his son, as the scandal of their relationship is threatening the future marriage of his daughter. He tries to adopt the moral high-ground accusing Violetta of living off Alfredo only to be appalled when the true financial set-up is revealed. He becomes increasingly impressed by Violetta’s charm and sense of honour. Nonetheless he asks for this sacrifice on her part and she agrees, warning him that Alfredo will not take it well. Giorgio makes himself scarce as Alfredo returns and finds Violetta distraught and agitated. She declares her love and rushes off, leaving a letter for him explaining her decision. As he finds this his father enters and tries to calm him but to no avail. Alfredo finds an invitation to a party in Paris from Violetta’s friend Flora Bervoix and rushes off to confront Violetta. His father follows and arrives at Flora’s party just as Alfredo publicly insults Violetta and is challenged to a duel by the Baron. Giorgio reprimands his son whilst Violetta simultaneously professes her undying love for him.
The final Act sees an impoverished Violetta in a small room succumbing to the ravages of tuberculosis, tended by Annina and Dr Grenvil, her only friends who have remained loyal. She reads a letter from Germont revealing that Alfredo survived the duel and that he will be returning to Paris now that he knows the truth about her sacrifice. She fears he will arrive too late, but then Alfredo does appear and is appalled by her condition. Now she has something to live for and they sing of their love. Germont also arrives and is shocked at Violetta’s deterioration. Oddly, Violetta appears to recuperate, imagining a return to health and a future with Alfredo before falling lifeless in his arms. 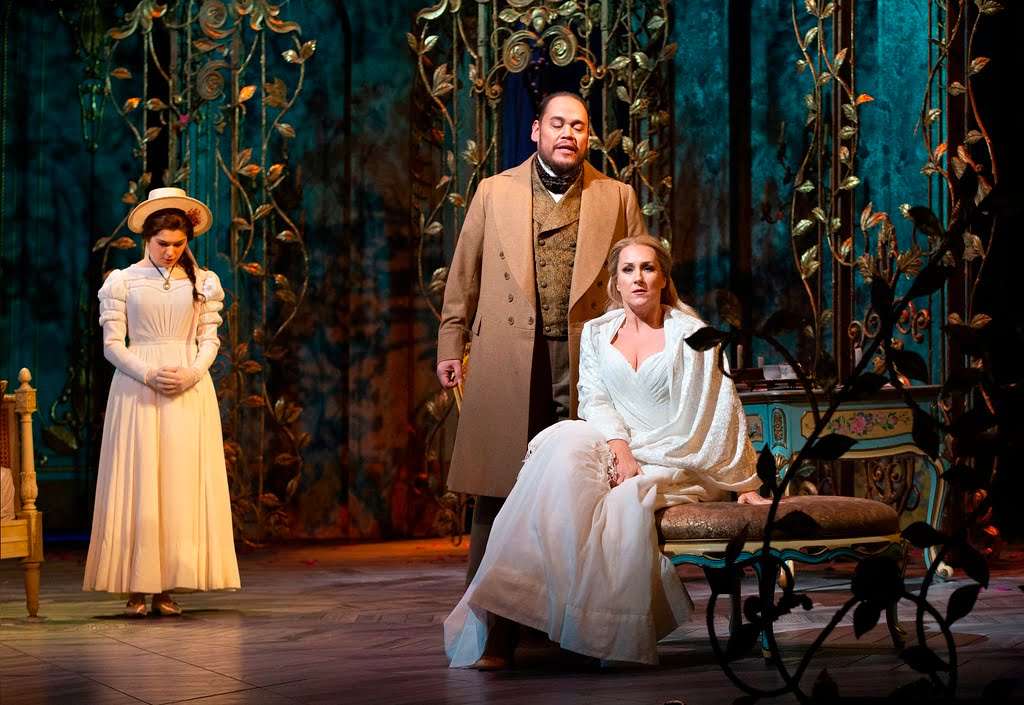 Look out for…
From the wistful Prelude, tinged with premonition of the tragedy to unfold, Verdi’s score unfolds majestically, the three principals given great scope to flesh out their characters musically and dramatically. In Act One there are several famous numbers. Act Two gives us Alfredo’s rapturous expression of happiness before his world crumbles, and the Violetta-Germont encounter is a fine extended duet, Germont’s rather formal musical metres contrasting with the freer music expressing Violetta’s emotions. Her subsequent tearful and desperate parting from Alfredo should tug at the heartstrings – Verdi’s music at its most expressive and charged. There is a huge conclusion; a typically Verdian elaboration. The doom-laden Prelude of the final Act is notable, as is the touching resignation of Violetta’s aria ‘Addio del passato bei sogni ridenti’. Verdi’s music by the time of La traviata and the other operas of the period (Rigoletto and Il trovatore) was gaining hugely in individuality allied to dramatic and emotional impact, and his scoring was increasingly subtle in its harmonics and orchestration.

Who’s in it?
Diana Damrau, a Met favourite, sings the vocally demanding and complex role of Violetta in this new staging by Michael Mayer; her interpretation of this rewarding part is keenly anticipated. Also moving from the lighter Bel canto repertoire to the heavier demands of Verdi is Juan Diego Floréz as Alfredo. Quinn Kelsey is father – which should suit his voice very well. We are promised a laving staging, rooted in the period of the opera’s composition and the setting of the Dumas novel. Yannick Nézet-Séguin conducts, his first run as the Met’s music director.

When’s it on?
If you are in New York City then the matinee is live at the Met itself. Otherwise it is broadcast to cinemas on December 15.