Mendelssohn
Elijah, Op.70 – Oratorio in two parts to a text by Julius Schubring sourced from Martin Luther’s German translation of 1 Kings & 2 Kings of The Bible [sung in English, with surtitles in English]

In broadly biblical terms, Old Testament prophets don’t exactly have the best of reputations – hellfire and damnation, an eye for an eye – compared with the consolation and compassion offered by the New Testament. The prophet Elijah the Tishbite, one of the inhabitants of Gilead, is a slightly more nuanced character. Charged with the task of bringing to an end the idolatrous worship of the Canaanite god Baal, he also demonstrates the kind of integrity and forbearance which later led to him becoming the inspiration for the foundation of the religious Order of the Carmelites. 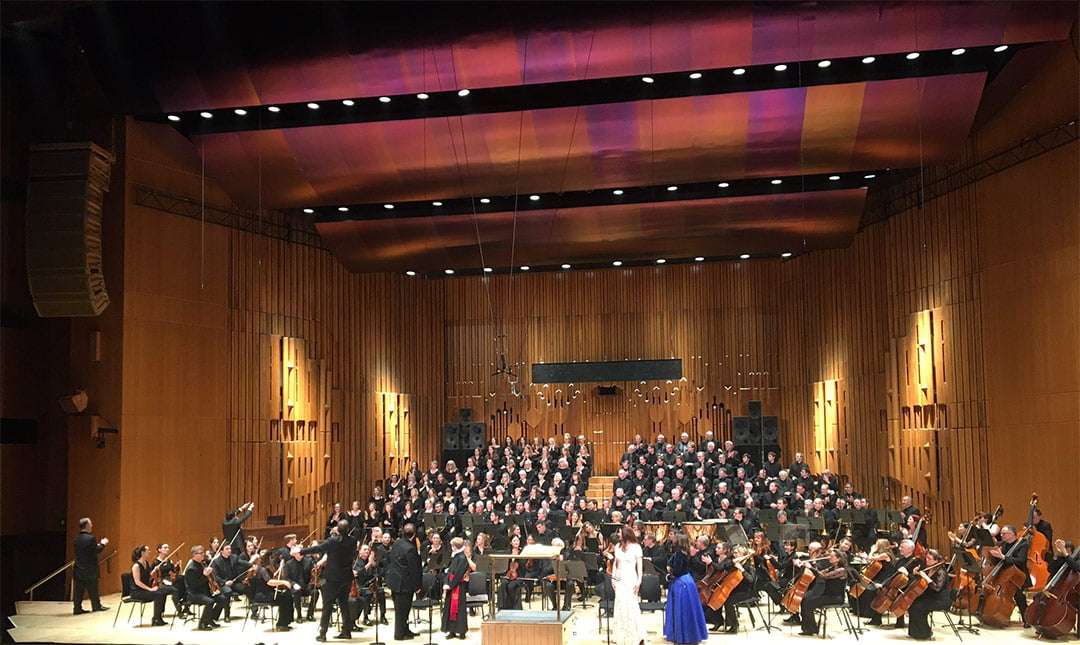 Given the many moments of high drama in Mendelssohn’s oratorio that draw on this ancient story as well as the attachment of Victorian England to sweet sentimentality, it is not difficult to understand the huge success of the work from its premiere in Birmingham in 1846 right up to more recent times. If we peel away the layers of religiosity, there is enough in the story itself, with its tales of false gods, famine and flood, earthquake, wind and fire, for there to be multitudinous resonances in our secular age. In turn, the shifting uncertainties of Mendelssohn’s music – and I was struck by the way in which the string lines often rise and fall, like ripples and then cascades – emphasise a planet now under threat through climate change. These immutable powers were recognised at the time by none other than Prince Albert, who was so moved by what he heard that he wrote a personal inscription in the composer’s score: “To the great master who, by the tranquil current of his thoughts, reveals to us the gentle whisperings as well as the mighty strife of the elements.”

The success of any performance depends crucially on the choice of soloist for Elijah, who does most of the heavy lifting in this work, as well as the role of the chorus, which is not only reactive and reflective but which also encompasses the duality of both the Priests of Baal and The People. Here the Danish bass-baritone Johan Reuter provided a magisterial assumption of the role, appearing with the BBC Symphony Orchestra and Chorus under their Principal Conductor Sakari Oramo. Reuter has that essential nobility of tone and legato line which immediately create a sense of authority, impressive in those dark instances when the voice is coloured blue, brown and black, but equally with an ability to scale down the Wagnerian weight of his instrument to much lighter shades in moments of intimacy. There was much to admire in this Elijah: his sombre opening curse, which precedes the overture, his plaintive exchanges with the Widow and his gentle pleading with the Lord to grant new life to her mortally sick child, his heartfelt rendition of the great aria “It is enough”, beautifully supported by Susan Monks’ plangent cello line, and his final arioso “For the mountains shall depart”, graced by Alison Teale’s elegantly pastoral oboe.

There were no weak links in the remaining soloists either. Allan Clayton demonstrated as both Obadiah and Ahab a richness of expression and technical ease which have long since marked him out as one of the most compelling of British tenors. In his final aria “Then shall the righteous shine forth”, the liquid gold of his voice felt illuminated from within, giving it additional radiance.

There was an admirable operatic sweep to Elizabeth Watts’s contributions, with a fine sense of anguish as the Widow, and a touching simplicity in the extended Adagio aria which opens the second half, “Hear ye, Israel”, exquisitely sustained. It was a chance meeting with Jenny Lind in London which had rekindled Mendelssohn’s interest in returning to his extensive notebook of sketches for the oratorio. The purity of her voice and “her resplendent F-sharp”, as he recalled, directly inspired much of the soprano writing.

No less impressive was the contralto voice of Claudia Huckle, with its sensuous range of dark-chocolate and vanilla tones. Her recitatives as an Angel were delivered with absolute assurance, and in the moments of exposed writing in her arioso “Woe unto them who forsake Him!” she moved effortlessly through all her registers. An additional highlight was the gentle vibrancy she brought to her aria “O rest in the Lord”. Complementing the four soloists was the treble of Toby Davies, sartorially striking in a black cassock and cherry-coloured ecclesiastical sash, whose short exchanges with Elijah and the chorus brought to mind Mendelssohn’s anthem “Hear my Prayer”, written two years earlier.

Elijah has long been a favourite of choral societies: the big numbers such as “Thanks be to God!” and “Be not afraid” have a stirring and heart-warming quality to their entreaties. The BBC Symphony Chorus acquitted itself splendidly, with commitment and ample characterisation of its varying roles. Internal balances, however, were often not ideal. If only all the sections had been able to match the power of the fresh-toned sopranos, never less than incisive and often quite fearless; the tenor line, as so often in many modern choruses, was frustratingly thin at times.

Oramo brought a lighter hand to the tiller in his shaping of this work than some other interpreters. There was a commendable degree of clarity in both the choral and instrumental lines, with flecks of orchestral colour applied judiciously to the broad canvas. Tempos were mostly on the brisk side, with a focus on the developing narrative. If anything, the modest string proportions, grounded on six double-basses, resulted in an imbalance between the choral lines and the supporting accompaniment, though tuba and organ made their mark as did the solo trumpet. And yet, despite all the fine qualities on display, I did yearn for a little more religious fervour in those episodes of high drama and a little more highlighting of instrumental colour (timpani and horns, for example, were rarely in the picture). Mendelssohn’s pastel shades were all there. It was the brushstrokes that occasionally needed to be firmer.