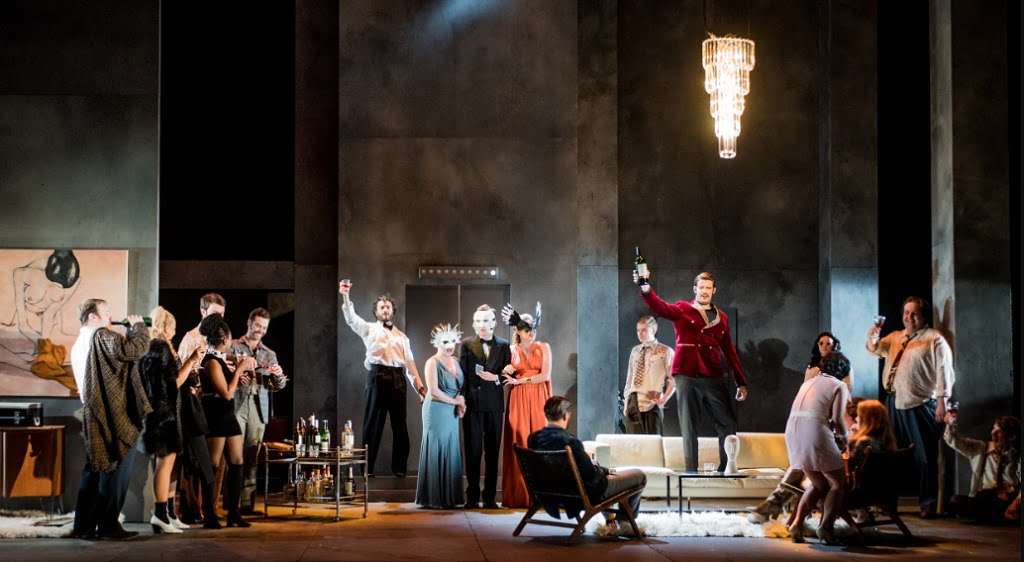 In its thirtieth year, British Youth Opera offered, as usual, the opportunity to come across some talented young singers. Here there was the bonus of a rare chance to experience the Vienna version of Don Giovanni, historically, the less successful of Mozart’s versions of the work – always interesting to assess why that might have been from a staged performance rather than rely on recordings and conjecture. So whilst we are familiar with Donna Elvira’s ‘Mi tradi’, which originates from the Vienna score, we lose Don Ottavio’s second aria, gain the Zerlina/Leporello scena in Act Two and utilised Mozart’s truncated re-working of the ultimate Finale (which is creeping in as part of the current performing tradition anyway, an amalgam of Prague and Vienna).

It’s the Zerlina/Leporello addition that comes under most scrutiny. James Hurley uses this passage where Zerlina ties up poor old Leporello and threatens/attacks him physically to interesting dramatic effect for Leporello remains physically incapacitated for the rest of the opera; his comeuppance for being involved in Giovanni’s serial offences – the drama doesn’t end well for him either.

Hurley set the action in a concrete cityscape redolent of the 1970s. Giovanni’s residence is a penthouse of a big apartment block, presumably also housing Don Ottavio and the Commendatore. The murder of the latter takes place in the basement car-park whilst Zerlina and Masetto’s wedding-party arrives in the reception area. There is clever use of an elevator to take characters in and out of the action and the involvement of hellish forces from the afterlife is a great concept, as part of a cogent and thought-provoking staging. Rachel Szmukler’s evocative, rather oppressive designs help create a sense of atmosphere, although the curtain-falls to enable scene changes were disruptive and cued sound-designs! 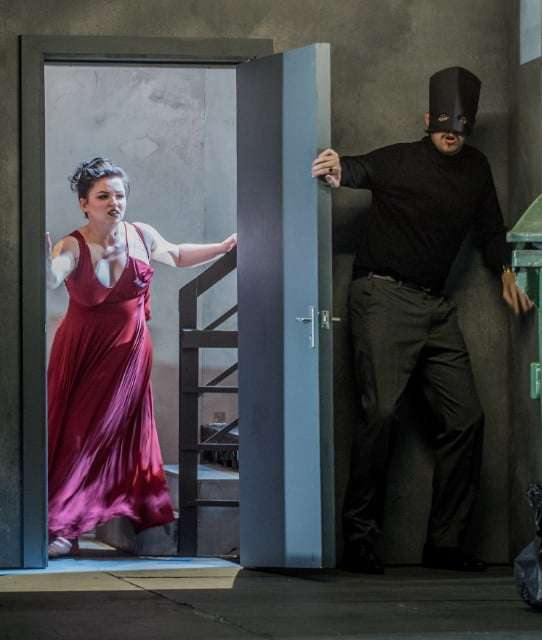 Musically this performance was in the capable hands of Lionel Friend whose reading downplayed the contrasts of the dramatic and mercurial in Mozart’s scoring, admirably though his musicians played. There were a couple of moments where tempos could have been more singer-friendly, and indeed Jake Muffett’s likeable Don Giovanni was the one to suffer most, curiously effortful. That being said his rendition of the ‘serenade’ was spot-on (super mandolin-playing), and the more effective by the vocal colouring of the second stanza when the eerie presence of the Commendatore’s ghost made itself felt.

Elsewhere Friend was supportive of his young cast. Samantha Clarke’s fine Donna Elvira was impressive, technically assured, warm-voiced and with strong dramatic presence, and made this complex character more understandable than is often the case. Charlie Drummond was also impressive as Donna Anna. Her voice has both richness and a steely quality that is perfect. Lauren Joyanne Morris was a silvery-voiced Zerlina. Michael Mofidian’s Leporello was a very clever assumption – balancing the buffo elements with a rather nastier side – and he sang with suavity. Felix Kemp was a strong and characterful Masetto and Christian Valle’s powerful and stentorian bass tones were a distinct asset as the Commendatore. Adam Temple-Smith sang with pleasing tone and care of line and phrasing.

All sang Amanda Holden’s English translation with impressive diction. As there were no surtitles this really helped involve us. Do surtitles make audiences lazier? A thoughtful and enjoyable evening though: Vienna doesn’t win over Prague, but without bits of both cities our Don Giovanni experience would be impoverished.